In Cambodia we started off in Phnom Penh. We watched the movie 'killing fields' (a must see for everyone). We the visited the killing fields. They have found nearly 9000 bodies and have not dug up all the graves still even now. It must have been horrific in the time it was all happening! After the fields we went to the Tuol Sleng museum or Section 21. It was a school that was turned into a prison. Over 14000 people went to the prison but only 7 survived being executed, probably as they were prisoners that had the skills to build and fix things there like the cells which would just about fit someone in. It was really shocking to know that this happened only about 30 years ago. So in our parents' lifetimes and part of our own!

We also visited the national museum, national palace and silver pagoda. All very elaborate buildings! Great for the Temple lovers and architectural admirers.

We then made it down to the coast and Sihanoukville. On the bus down a girl behind us heard us talking about going for a dive and asked if she could join us. So she did the 1 night trip with us. We stayed in a new guest house that had just been refitted. Handy as the dive shop was next door to it. We booked our dive trip and got down to the beach to get dinner at a restaurant there. The sea temperature was amazingly hot at 31 degrees Celsius. The next day we went on the dive boat out to the islands that we were going to be staying at. We spent the night on the boat and even did a night dive. It was a bit scary for Katie and all the little fish were attracted to the torches and us, so we spent the dive seemingly being pecked! We met some really nice divers whom we have spent the last few days with.

The New Year is happening and the whole country shuts down so we are heading to Siem Reap a bit earlier than planned to see the New Year out there. Apparently the all have massive water fights, a bit like Thailand!!!

We went to Siem Reap and I spend 2 days in bed with a bad stomach! When I was feeling slightly better we did the many temples there. We saw sunrise at Angkor Wat then spent the rest of a very hot day seeing lots of the others including the Tomb Raider Temple and Angkor Thom. It was a very hot day and there was a massive thunder storm just when we wanted to watch the sun set over Bayon Temple. We'll have something to go back for now.

In Cambodia we have seen some interesting foods being sold along the road, for example fried spiders (massive ones), frogs, crickets and baby birds (duck foetus). There is also the Durian fruit (stink fruit) that smells so disgusting it is like rotten drains. We tried the ice cream in Vietnam. It also stank and Katie thought it tasted disgusting! While I liked it.

We left the beach with its 31 degree water. It actually felt like you were walking into a bath. Far from the cold English coastal waters that take your breath away literally!

Well we have finished in Cambodia. We did want to go to a few more places but we didn't have much time so we are moving on to Thailand now! 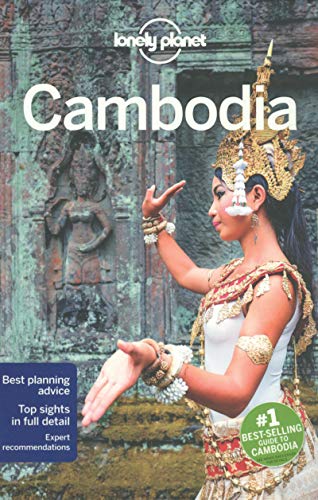