You'll need a bag take with you 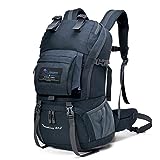 I’ve often had dreams of traveling the world, but never truly got the chance to do any of what my mind would come up with. So, what I found myself doing is exploring the ravenous realms of my dreams; home to lakes, mountains, rivers and wide open savannahs disappearing in an imaginary sunset. In order to mitigate these aggressive day dreams I have decided to share one of them with you. So let’s travel far-east and delve pass the mazing savannahs of central Asia and muse the confines of Asia’s sky scrapers. The Yellow Mountains! A place I came across while browsing random locations on Google earth. I went online to find out more about this place and today it’s now one of my top ten places I would love to visit in the world. By now you should now that I am lover of nature and its contents, even the insignificant ant that ambles to its abode could lose me for hours. So you should all be able to tell how excited I am to write this hub. I hope you’ll all enjoy my description of this wonderful place and I also pray that after you’ve read this hub, you’d also add it as a place you would like to one day travel to. 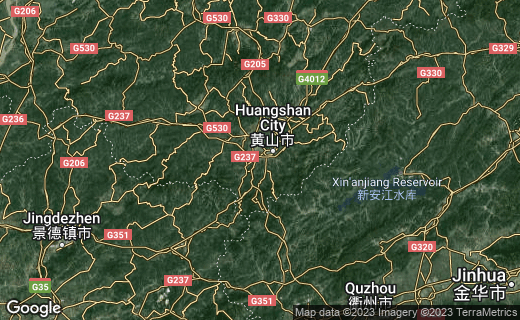 Asides from the fact that I love almost everything about Asians; their accent, their music, their distinctive hair and look; for me their unprecedented mountains and surrounding landscapes are key features that make up their cultural arsenal. In my eyes Yellow Mountain embodies all this.

Let me firstly begin with a basic overview of Yellow Mountain: Yes it is found in Asia, but more precisely near Shanghai. It is here that the foot of the mountain lies. The mountain is also known as Huangshang (Yellow mountain); obviously right? Over the past years the mountain has earned a remarkable recognition for itself around the world. In 1990 It was declared as a UNSECO world heritage site. This alone should acknowledge how special a place this is. It is home to a flurry of messages from the past through ancient artifacts. It has 60,000 steps dancing throughout its terrains and no one really knows who build them and when they were built. Interesting huh? These mountains are also famous for one of china’s known treasures; tea. It is said that its slopes are home to many high quality tea nestled in the crannies of its prodigious hills. And it doesn’t stop there. These very same teas are the reasons for sundries of ongoing scientific researches. Hopefully they’ll find the cure for some of these unprecedented diseases that plague us in this present generation. So we see that the yellow mountain’s has lots to offer; so much so that over 20,000 poems were written about it in the past. However the artistic work did not just stop there. But it is also said that the great Steven Spielberg had an artistic revelation from the Yellow Mountain's that he had used to help him create the movie Avatar.

Would you take a trip to Yellow Mountain

Now why do you think that it was given the name Yellow mountain; there are two legends to help answer this. The first legend says that an imperial decree during the ages of 747 AD, changed the name form mount Yi (Yishan) to the Yellow mountains (huangshan). The other legend says that the mountain was given its name because of a great emperor called the Yellow emperor who was said to have ascended to heaven from there. However I’ll choose to make up a legend of my own. I believe that the real reason behind the name, of the mountains is its majestic awe-filled, unprecedented arrays of sunlight. This is one of its most famous features. In fact for visitors going to the mountain it is almost mandatory for them to go to locations were you can muse the phenomena called Buddha’s light. Just let that name float in your mind for a while and try to fathom the abysses of such impeccable beauty. Isn’t this somewhere that you’d want to visit? But it doesn’t stop there. There is also another great phenomena that the yellow mountains has to boast about; its sea of clouds. Now I’m not even sure if my mind has the ability to cogitate the unreachable depths of the mighty ocean floating in the sky, but that however my friends are how many persons describes it as. On writer says that you generally have to look up at the clouds on a mountain, but here he had to look down. Nature has been cheated I would imagine. This is a must see.

Also the yellow mountains are home to many majestic animals and wildlife’s all at which will probably help to dally your awe struct mind. Its peaks are formed from granite, and it is along these terrains that you’ll find the place littered with a plethora of hot springs; some hidden in the veils of residual snow (heat in the snow?). What did I tell you; it contradicts nature but yet still embraces it. Up and down its indescribable contours you’ll also find uncountable queues of pine trees rummaging the mountains from its plateau to its valleys and a purple cloud hot spring. Too much to take in right? 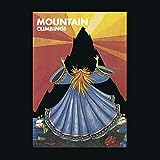 I see myself nestled peacefully in the nooks of a random tree, gaping eternally into gushing sunbeams, outstretching a white aura before materializing into a flurry of rainbow colors; a cause and effect of the ever present droplets cartwheeling throughout the air. I then see myself leaning my head back on a vertical branch; if possible a bird I can’t properly discern cocoons itself in its abode in a neighboring tree, embroiled blissfully in the warmth of its own feathers. Before succumbing to the tyrannical scenic ambiance, I take one last glance out into the ocean and see canopies of elongated arrays; like tributaries seeping majestically into the ocean’s cumulonimbus's. Lastly I would allow myself to respond with a delightful sigh before decanting from one dream to another.

Check out this video

Let me know what you think