Many years ago, my parents moved our family from a tiny little farm town in Fairview, Utah to Orem, Utah. This is where I attended elementary school, junior high and high school, held my first job, and got married; hence the majority of my developmental years were spent in Orem.

I remember when we first moved there when I was only four years old, that many apple, cherry and other fruit tree orchards covered the acres of fields, and an occasional cluster of homes were developed here and there. The relatively small town was in a valley surrounded by majestic mountains where we enjoyed the four seasons.

One landmark I hope will always be there is the Timpanogus Mountain . I climbed up this mountain as a youth several times, and there is a cave up there which is beautiful and very cool.

The cave consists of three spectacular caverns. Helictites and anthodites and other formations can be found in the cool cave. You can take a guided tour of the cave. The hike takes about one and a half hours going up and a half hour down. The length of the hike is one and a half miles. 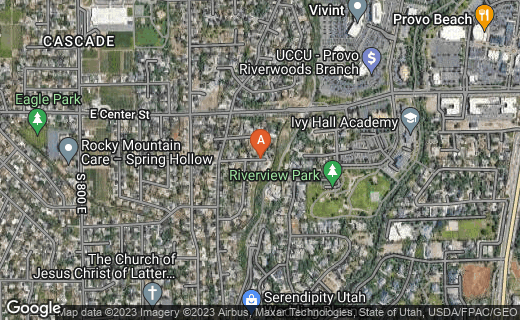 My old home in Orem.

Most of the town’s income came from the orchards or farms and also from the Geneva Steel Plant, which provided many jobs. I remember that the economy of the town seemed to fluctuate according to the steel industry. If there was a particularly hard winter, the farmers would have a hard year since many of their orchards were lost. The farmers would stay up some nights trying to keep their trees warm in harsh weather.

The main religion was Mormon and the majority of the townspeople were Caucasian. It was very rare to find anyone that was not a member of the church in the vicinity. I don’t believe I met my first friend that was not Caucasian until I was in junior high school. I remember being intrigued by a young American Indian boy from the reservation who had foster parents in our town.

I have witnessed marked changes in my hometown of Orem. Now there are only a spattering of orchards amidst the many neighborhoods of lower, middle and upper income homes. Malls and parking lots have also replaced them. Freeways made the travel to other towns and cities much quicker. It used to take at least an hour’s drive to Salt Lake City where we would travel to do major shopping. Now the once lazy little towns like Pleasant Grove, American Fork, and Lindon merge into one another all the way to Salt Lake.

Geneva Steel used to be the main industry in Orem, but has been closed due to the foreign competition and higher labor costs. Another problem with the steel plant was the never-ending problem of pollution. Many regulations had to be passed on the smokestacks in order to control the pollution caused by the steel production, and some days the air was obviously dangerous to our health and also the lake that was adjacent to the plant.

While integration with other cultures was very slow in Orem, now there are several people from other countries that have made Orem their home. At first this was not well accepted but in the changing world, it has become more tolerated. As the town grew, so did the number of different churches that came in. Before there were mostly Mormons and several Jack Mormons (inactive). Now Catholics, Baptists, and other churches were built and a new level of toleration developed.

The economy changed drastically when the computer emerged and WordPerfect was developed with Orem becoming a center of computer technology. Because the cost of living remained relatively low, many people moved in from California and other more expensive places. People now fly in from all parts of the world to enjoy the great snow just up the canyon from Orem. Yes, I have been skiing and it was beautiful and very cold. Park City is not far away as well as many other skiing resorts.

The little sleepy orchard town I knew as a youth has grown so much that it is quite hard to recognize. The traffic rivals that of larger cities and the diversity of the population is very obvious. One of the few recognizable landmarks that still remain is the Scera Theatre where I spent many summer nights.

Most people that live in Utah have at least one fruit tree in their yards. My father has prunes, apples, and apricots. Some still remember what a great orchard town Orem used to be.

Utah is known during winter for their great ski resorts. Just up the canyon from Orem, there are some ski resorts that can challenge the best or be great training ground for the beginning skiier.

Sundance Resort and ski area actually offer year round activities for everyone, including a ski resort, summer outdoor theater, great dining and shopping. 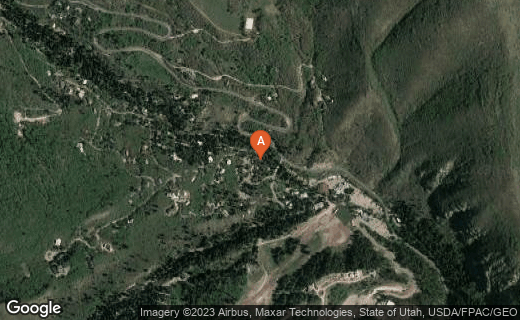 On the way up the canyon from Orem is an impressive double cataract waterfall. It is called Bridal Veil Falls. It is most impression in Spring and Summer. The falls are 607 feet tall. There is a small park in front of the falls where you can take your lunch and watch the falls.

I have spent many an hour mesmerized by this waterfall, especially in Spring when the runoff is great. It is a wonderful place to chill and enjoy nature at its finest. 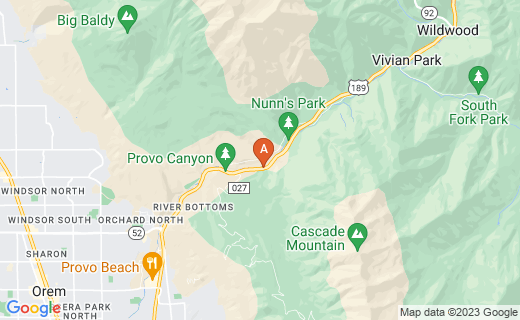