This article is part of the series that I have been writing to provide an insight of the African people from A to Z. Here, you will know for the letter "O", about one of the two largest ethno linguistic groups of Ethiopia: the Oromo people.

Who are the members of the Oromo people?

The Oromo people are originally from northern Somalia. They later migrated to the region of Lake Turkana, also known as Lake Rudolf. In the mid 16th century, they began to move into the Ethiopian highlands.

The journey of the Oromo people. Where are the Oromo People located?

The Oromo people are found in the Horn of Africa; in the country named Oromia. This country is one of the largest regions in Ethiopia. The majority of people in Oromia live in rural areas, which is arable and pastoral. 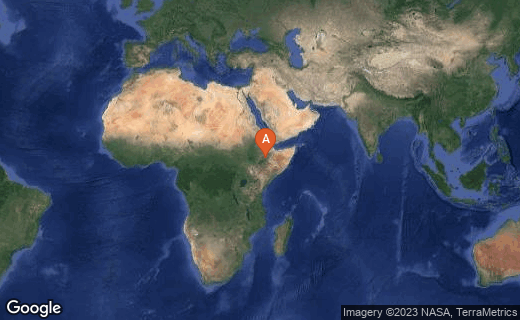 How do the Oromo people live?

The Oromo people live by the basis of a democratic and egalitarian political system. They are organized into groups or sets, assuming different responsibilities in the society every eight years. All the people have the right to talk about their own views in any public gathering without fear.

How do the Oromo people communicate?

The Oromo people communicate with their language known as Oromo, also called Afan Oromo or Oromiffa, of the Cushitic branch of the Afro-Asiatic (formerly Hamito-Semitic) family.

How do the Oromo people survive?

The Oromo people survive mainly by:

What characteristics define the Oromo people?

Like all of us, just because we are created from God, the Oromo people are beautiful, and have come a long way. They suffer, they love, they cry, they laugh, and they live the same as you and me. They have distinguished characteristics like we dom and to mention some they are:

The Oromo people and human rights

The Oromo people are being embraced by those that know how and when to act. Diverse groups have called on the Government of Ethiopia to comply with its commitments under the Universal Declaration of Human Rights.

Sometimes being just an observer creates in us the criminals on back of those that have subjected the Oromo people (and many others) to:

The world is big. Many nice and uncomfortable things are happening within our existence. Our family and neighbors are living experiences that we cannot hide or hold back from them. We all need to know, learn and live by the rule that we are not alone, and that nobody is better than the rest. In this article is a bit of the Oromo people. On another day I will come up with the letter "P". There are uncountable numbers of people and situations that require our understanding, hands, and acts.

Again Jesus said: "Peace be with you! As the Father has sent me, I am sending you".