Chad is an avid traveler who loves to share his tips and experiences to help others get the most out of their travels.

Great Stirrup Cay, Bahamas was the last stop on our recent cruise. The island's white sandy beaches, clear blue water, and palm trees make it a perfect place to relax. There are a couple of bars on the island as well as a free buffet. There are also a few vendors selling clothing and souvenirs. Beach chairs are free to use, but there's a charge for sun shells and cabanas. If you want to do more than sit on the beach, eat, and drink, snorkel gear is available for rent on the beach. The cruise line also offers excursions like glass bottom boat rides, sting ray encounters, and kayak tours.

The island of Great Stirrup Cay is privately owned by the Norwegian Cruise Line, so the only other people you'll see on the island are other Norwegian cruisers. There are no docks at Great Stirrup Cay, so visitors have to be brought from the cruise ships on smaller boats, called tenders. Most people stay at the beaches close to where the tender boats let them off. If you're looking for a little more solitude, there's a lagoon a few minutes walk from the beaches that few visitors venture to. Signs point the way to the lagoon, past the cabanas. When we were at the lagoon there were only a few other people there. The lagoon is also a great spot for children, as the water is very calm and clear.

We arrived at Great Stirrup Cay earlier than expected. The ship's Captain came over the loud speaker and gave us a little history about the island. We learned that Lucayan Indians were the first inhabitants. Later, pirates used the island as a hideout. He told us that the Confederates used Great Stirrup Cay as a base for shipping cotton during the Civil War. During World War II, the U.S. used Great Stirrup Cay to deploy defensive and observational equipment, such as submarine cables. Norwegian bought the island from the Belcher Oil Company in 1977. 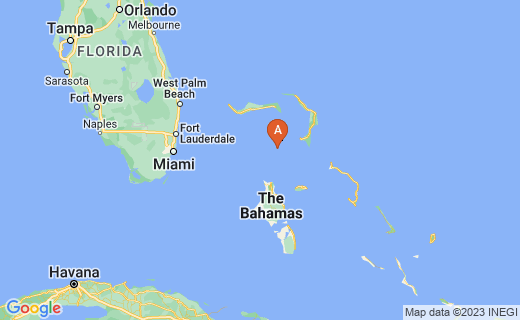