What Is so Unique About Oxapampa in Peru?

Oxapampa is a city 5,941 feet (1,814m) above sea level located in the Pasco Region of Central Peru, in an area known as the Selva Alta or “high jungle”.

Roads around the area are mainly rubble surfaced or dirt tracks, and distances between places may seem reasonable until you factor in the poor condition of the roads which are frequently washed away by floods and landslides.

There are a number of tour companies providing package holidays, guided tours and activity based trips to Oxapampa and its surrounding regions.

About a third of the population living in Oxapampa are descendants of a Tyrolean (Austrian) and Prussian (German) community of 70 families that settled in the region in 1859, initially in Pozuzo which is 50 miles (80km) away.

The colonists originally arrived at Port Callao in Lima after a four month journey by sea. They immediately encountered problems as Peru was entering a state of civil war. Some chose to stay in Lima while others sailed to Port Huacho where they were not well received by the local authorities.

The group of 300 left Huacho and headed across mountains and jungle, frequently getting lost, finally arriving at Pozuzo two years later with only 165 of the group remaining. Some had died and others had grown disheartened, leaving to work in local ranches.

In 1891 a group of the colonists left Pozuzo, which was now an affluent and important cattle breading town, and founded Oxapampa.

Today Oxapampa is a thriving city with continuing economic development due to the natural resources and fertile land surrounding it. The 10,000 plus population are a vibrant mix of German, Austrian and Peruvian culture reflected in the local cuisine and entertainment.

The main attraction and uniqueness of the city itself is the numerous chalet style buildings of European design which stand out against the tropical jungle backdrop.

Mass tourism has not reached the area so, although classed as a city, it retains a peaceful rural small village feel having at its centre a plaza consisting of lawns, trees and plants, providing stunning views of the surrounding mountains.

Due to its remoteness mass tourism will probably never reach the region anyway, but the city does go to great lengths to advertise and promote visitors to the area so all are made welcome. There are tourist stands and guides as well as a city slogan translated as “a clean city for tourists”.

Things to See and Do Around Oxapampa

● Yanachaga-Chemillen National Park: The park is 38 miles (62km) north of Oxapampa and is ideal for trekking and wild life watching inside its tropical forests. Be aware that to enter the park requires approval from the relevant authorities in Oxapampa.

It has a diverse range of trees and plants, such as cedar, oak and walnut alongside mosses, ferns and orchids. The wild life includes the jaguar, giant otter, spectacled bear, 306 species of butterflies and 321 species of birds.

The area is particularly considered to be perfect for bird watchers seeking those species rarely seen elsewhere.

For the really adventurous boats can be hired for expeditions along the local rivers navigating deep into the jungle.

● Catarata Rio Tigre: Another waterfall but with an impressive suspension bridge over the river.

● There are also preserved churches (for example, a pink one in Oxapampa), numerous parks, pottery makers, an orchid garden and a cane liquor plant in the surrounding area.

Local delicacies include a large variety of cheeses, honey, coffees, fresh trout and cane liquor. There are a number of fresh organic products for sale and also German pastries.

There are a number of restaurants’, pubs/inns and hotels and hostels with reasonable price ranges’ reflecting the individual quality of the accommodation and food.

Rainfall increases between November and March with 1.4in (35mm) to 2.2in (55mm) per month and between May and Aug there is normally very little, to no, recorded rainfall.

Humidity reaches around 90% for most of the year only dropping to around 82% in the month of July.

This is a tropical jungle area with high temperatures and high humidity and combined with the height above sea level it may not be to everyone’s liking or in their comfort zone. 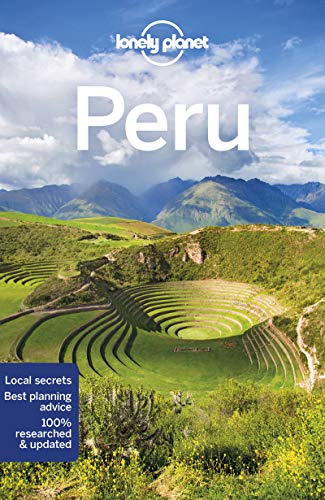