If you are looking for a unique place to visit, The Painted Hills of Central Oregon is the place to visit! Because of the fairly arid climate of Central Oregon, it is a great place to see at any time of the year, although in winter, dependent upon the winter conditions, you can encounter snow – at least in getting there, so always check the weather forecast.

The Painted Hills of Central Oregon is part of the John Day Fossil Beds National Monument and is one of those one-of-a-kind places you can never forget once you have seen it. There is an eerie quality to the 14,000 acre parcel but the beauty of the tableau leaves you speechless. 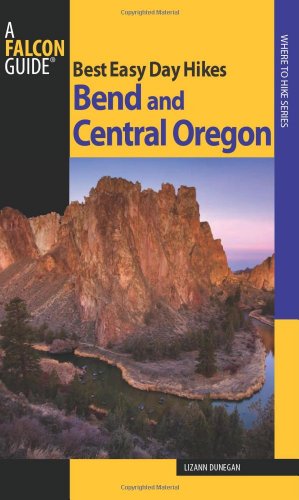 The most noticeable feature of the Painted Hills is the unbelievable combination of geological features. This part of Central Oregon got its start 30-40 million years ago and from the fossils that have been uncovered, it is believed that rather than the arid desert climate we now have here, this entire area was once a lush, tropical forest which received 100 inches of rain per year and was home to such inhabitants as tigers and crocodiles.

It is hard to imagine but as a result of the many volcanic eruptions over time and the evolution from these eruptions as well as those from the Cascades, the variegated Painted Hills were formed. To my eye, they have always resembled inverted Jello molds in their variety of colors and stripes. It was almost as if someone hand-painted them and molded them to arrive at these odd shapes and bumps. People we have taken to see them all have a different interpretation - someone sees a walrus, someone else sees a mummy waiting to come out of the ground.

The reds in the hills are said to come from iron oxides. The greens come from blue clay and the yellows are from reduced irons. The buff or pale colors are said to be the color of the original ash that was spewed from the volcanoes.

American Indians lived in the John Day Valley for many, many years and consisted mainly of 2 tribes – the Plateau and the Great Basin or Paiute cultures. Then the area was discovered as part of the Lewis and Clark expedition in 1805. The area unfortunately was over-grazed in the 1800’s as a result of the gold rush coming to the area when cattle and other farm animals were introduced to feed the gold miners. This has resulted in many species of plant life becoming extinct as they could not regenerate, but some have come back and are unique to only this area of the world.

It is a place to visit if you are interested in geology as finer geological wonders would be hard to find. If you enjoy hiking, it is a wonderful place to hike and as a part of the entire John Day Fossil Beds National Monument, there is a lot to see. As well, if you are a botanist, there is a vast array of species to observe at any time of year.

As noted below, there are cities 50-80 miles away but Mitchell, Oregon is actually the gateway to the Painted Hills. Mitchell is a city of approximately 175 people.

Mitchell was established in the 1860s as a stage stop along the Dalles Military Road, and named in 1873 for John H. Mitchell, a former Oregon Senator.

One of the town’s noteworthy events involves the Mitchell Bank, which still stands – It was the last bank in the entire U.S. to close its doors during the Great Depression – and was also the only bank in the county to still pay a 2 cent dividend!

Oregon's only known Plesiosaur - a 25 foot-long marine carnivore that lived during the age of dinosaurs - was found near Mitchell!

Today, Mitchell is a reminder of the Old West. The community has an Old West ambiance with part of the town situated on bluffs above the lower part. The town has a community hall heated by a wood stove, a city park adjacent to Bridge Creek, a century-old mercantile, a twisted juniper furniture shop and other downtown businesses. Don't blink though - you might miss the whole city as it encompasses less than a city block!

They have a resident Black Bear, Henry, who was rescued by one of their residents. Since Henry was declawed as a cub, he could not be returned to the wild, and today has good care and provides joy for all ages that come by to see him. Wild turkeys, quail and deer share our town and you might even see our resident guinea hen knocking on the Post Office door with her beak.

Historic buildings include the Sally Winebarger House that was built in 1874-84 by O.S. Boardman that the town of Boardman was named for. Sally and Hiram Winebarger purchased it in 1909 and Sally lived there until her death in 1975 at the age of 97. As part of our restoration projects, they are hoping to restore this building as the Sally Winebarger Museum.

Mitchell is flanked by 3 new wilderness areas. The Ochoco Divide of the Ochoco Mountains is located 16 miles West of Mitchell, in the Ochoco National Forest. The Ochoco Mountains have towering Evergreen forests and various snow parks offering great opportunities for cross-country skiing, sledding and snowmobiling. The Ochoco Nordic Club of Prineville offers classes and organizes cross country skiing trips throughout the winter. In early summer this region is great for morel mushroom hunting, and hiking.

Highways 19/207 is a scenic route known as The Journey Through Time Scenic Byway. Hwy 207 starts just north of Mitchell. This Scenic Byway offers many places to pull over for camera buffs and wildlife watchers.

Mitchell is well known for its spectacular geologic features such as large rock outcrops that tower near town. Be sure to look for Bailey's Butte, Mitchell Rock and Bear Rock just West of town.

For a place to stay, http://theoregonhotel.net/ - it's a one-of-a-kind hotels and many people rave about their stay there!

Cities Close to the Painted Hills

Central Oregon is a beautiful place to live but also a beautiful place to visit.  There are so many recreational opportunities and it is certainly a departure from the buzz of city life.  The mountains, the lakes, the streams, the forests and the miles and miles of wideopen spaces all combine to make you feel that you stepped back in time to a quieter place.  Even though the area is high mountain desert, the beautiful thing about the climate is that no matter how hot it gets during the day in summer, it always cools back off at night - and no humidity!  Come for a visit - Central Oregon is calling! 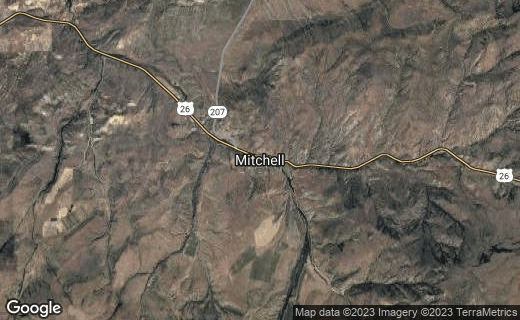