The space once occupied by Union Station in Ohio's capital city is now part of a short strip of eateries in the Short North neighborhood near the downtown district.

The strip is called The Cap and sits on an I-670 Innerbelt overpass with views of freight train yards, the only railroading done through the central part of the state now. One of the tall arches of Union Station was moved to a small park along the Scioto Mile strip of urban parks downtown.

An individual a few miles away in the northwest area of Columbus owns red caboose that sits in the backyard, but trains no longer use caboose. The owner does use the red caboose, arranging for it to be hooked onto freight trains for vacation travel. That is the only passenger car to be found on an Ohio train south of Lake Erie and North of Cincinnati.

Even though we have few, some of our railway stations are fantastic! In addition, Amtrak reported that for 2013, the company worked 52 Ohio employees. Their average income was over $82,000 each for the year.

Museums, Freight and Circuses on a Train

The Ohio Railway Museum has been operating for visitors since the late 1940s and runs a train ride on a full sized passenger car. A special Christmas Ride operates from around Thanksgiving through the third week in December and the museum is opened from the first week in May until a few days before Christmas every year.

With plenty of freight trains passing through our city, we can still enjoy the comforting sound of train whistles in the night, reminding us of earlier days. Science fiction, fantasy, and horror author Ray Bradbury was a fan of trains as well, especially the circus train that arrived regularly at the outskirts of his hometown every year. The whistle meant the circus was coming to town.

Ringling Brothers and Barnum and Bailey Circus still arrives in Columbus at the downtown rail yards and people are welcome to gather and walk along with the animal parade from the trains to their camping grounds near one of the downtown arenas. This is the only time that some urban youth ever see a live animal other than a dog, a cat, or a crow. 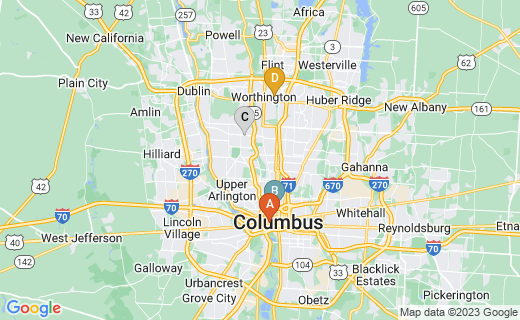 On of the best exhibits at the railway museum mentioned is an old wooden interurban or streetcar. These cars ran in Columbus during the early part of the 20th century and one rail line for the cars ran through the front yards of homeowners in the Bexley community east of downtown. People could sit in their front rooms and watch the street cars pass through their yards.

Train engines (locomotives) from several railroad lines are on display at the museum. One steam locomotive on display came from the Marble Cliff Quarries close to the Olentangy River. At this time, it is on loan to a place called the Depot Rail Museum that rents space for parties and weddings and provides catering in NW Columbus. I found the spot one time by accident having turned down a dead end road and having a nice surprise in seeing a historical train cars on exhibit. An 1886 Ringling Brother’s Executive Private Car from the Worthington museum now sits on loan to The Depot as well.

The Depot facility looks like a small railway station and is, in fact, a 19th century station that operated on the far east side of town. It was dismantled and rebuilt at the present site. The museum is the station itself, made of centuries old woods and Amish décor. A long dining car provides extra seating for meetings and the facility operates a miniature train ride and a trolley car for transporting meeting guests. I have also seen the trolley car transporting visitors to large garden centers in our city for Christmas shopping.

Ohio has only one passenger train station on the Ohio River, at Cincinnati. The station there is another Union Station and it is filled with museums, shops, eateries, and places like shoe shine stands. Special events like concerts and festivals also occur here.

Other rail stations along the river are on the Kentucky side, with one in Indiana.

Some major features at Cincinnati include the following: 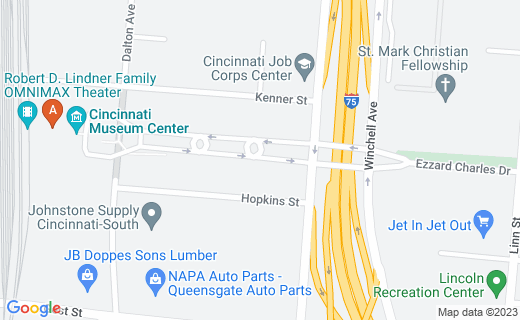 Different amenities are offered at the rail stations along Ohio's North Coast border.

The Lake Shore Limited line passes through all these Ohio cites on its way from Chicago to New York City or Boston. It is one of the rail lines that was built along old Native American pathways.

From one end to the other, travelers on the train see Lake Michigan, Lake Erie, the Erie Canal, the Mohawk River, and the Finger Lakes of New York. In Ohio, riders see the spots tapped for the Lake Erie Circle Route that is fun to drive.

At this tie, the leaders of Columbus, Ohio are planning to bring a passenger train to Downtown Columbus that will travel between the capital city and Chicago. Northeast Indiana Rail Association representative reported at a related meeting that 26,800 jobs could be created in 30 years with the new rail line. Leaders are hoping for the line to be running sometimes between 2018 and 2023 (the year Mission to Mars is to be active). 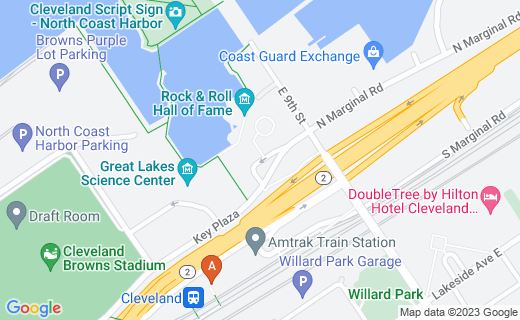