Peggy Sue's is a survivor.

Well, just in case you didn’t know, Yermo, California is just like the town in that movie.  You know, the poor town that the new freeway passed up and left desolate? Well, back in 1947 when the Interstate 15 began being constructed, the old Route 66 became a thing of the past.  This construction resulted in the demise of the booming town of Yermo, which was passed right up.  Unfortunately, the poor town all but dried up and died… that is except for a few survivors like the Original Del Taco and  Peggy Sue’s 50’s Diner.

Perhaps you have seen Peggy Sue’s while you were coming or going to Las Vegas?  You might have noticed the giant metal dinosaurs or even the giant metal King Kong statue?  I am sure you didn’t miss the giant juke box made into a restaurant, did you?

Established in 1954, Peggy Sue’s roadside diner was created by Peggy Sue Gabler and her husband Champ, but it wasn’t until 1987 that the restaurant really had the life breathed back into it.

Peggy Sue tells that she is the one that the song by Buddy Holly and The Crickets called, “Peggy Sue”, was written for, but I certainly can't find proof of that.  The fact is, Peggy Sue was a budding actress, who boasts of her participation in over 100 films and commercials before she gave it all up for the restaurant business.

Peggy Sue’s history in Hollywood can been seen in all the extensive memorabilia displayed throughout the place.  Peggy Sue’s has autographed pictures of movie stars of the era lining all the walls inside.  It is for certain many a celebrity has graced that restaurant in days of yore.

The Blue's Brothers and Elvis appear at Peggy Sue's 50's Diner every day!

I wonder who is behind those shades?

Peggy Sue's is for everyone!

Peggy Sue's 50's Diner is also an attraction for worldwide travelers.  Because Peggy Sue’s is right on the way from Los Angeles to Las Vegas many European vacationers stop and enjoy the Peggy Sue’s dining experience also.

Not only celebrities and world travelers come to Peggy Sue’s, but you can always see big rig trucks parked in her lot as her “trusty truck drivers” stop and grab a bite to eat there too.

Don't forget the colorful locals who grace Peggy Sue's with their presence every now and again....

Peggy Sue’s 50’s Diner has diversity that is for sure.

Anytime is a great time for Peggy Sue's

My favorite time to stop by Peggy Sue’s is for breakfast.  They fix a mean omelet and hash brown breakfast, with ”hot rod hotcakes” on the side, my favorite being the “Milton Berle Ham and Cheese Omelette”.

The menu has a variety of things to choose from with entrees named after famous 50’s celebrities.   Some of the favorites are the Buddy Holly Bacon cheeseburger, the Fabian French Dip, and the Mickey Mouse Club Sandwich.  You can even wash them down with an Elvis Presley shake or malt, or an old fashioned ice cream soda.

Check out the menu from Peggy Sue's 50's Diner

Peggy Sue's is an experience....

The entire location has much more to offer than just a greasy spoon. Adjacent to the diner is a 50’s Dime Store that sells all sorts of memorabilia and has a full ice cream parlor with a soda fountain included.

In the rear of the diner is the famous Peggy Sue’s Pizza parlor which offers takeout pizza too.

Top all that off with the exclusive dinosaur park and duck pond in the back which hosts an area for outdoor seating, and you have the whole Peggy Sue’s experience.

Come on over to Peggy Sue's Diner in Yermo California 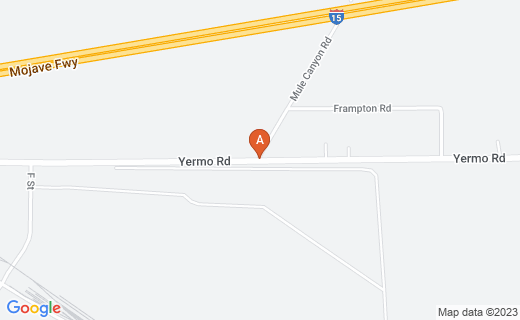 So next time you are sitting in traffic on your way to Vegas and just need a break, remember Peggy Sue’s is just up the road near Barstow and Yermo.  It is like a welcoming oasis in the desert!

Why not start a 50's memorabilia collection of your own? Who knows maybe you will open a diner someday too?

Another great restaurant in the same vicinity..