The tropical islands are known as one of the most romantic and beautiful places to visit, and tourists flock there for luxury yet cheap vacations year after year.

Most return with fantastic stories of adventure and excitement, whilst some return with sad tales of woe as their Fiji vacations were ruined by bites given from snakes, spiders and other creatures of the night, and day.

The 332 islands that make up Fiji, were formed over 150 million years ago and is situated over 1000 nautical miles from New Zealand.

The tropical climate makes excellent breeding conditions for many stinging and biting creatures on land. In the South Pacific sea surrounding the islands, is where most of the areas most dangerous, venomous, and death dealing creatures live and feed.

These creatures ruin many Fiji or Papua New Guinea vacations.

This elusive snake is hardly ever seen, but it is there. It burrows itself into soft soil, dead leaves, and under termite nests.

These are usually placid venomous snakes and can be handled gently, but if agitated, handled roughly, or startled, there is a good chance that it will strike out and bite. The venom produced by this snake is neurotoxin.

Fiji Burrowing Snakes grow to approximately 30cm in length, and reported bites by this snake are very rare. Because of the poorer communities in Fiji and the surrounding islands, it may never be known how many bites cause problems.

Whilst on a vacation to Fiji, always be wary of what may be in or on the ground near to were you are.

Usually, neurotoxin venom causes dizziness, headaches, nausea, and possible blackouts. It attacks the nervous system and can lead to death through asphyxiation as the lungs and heart begin to slow down and soon afterwards, stop working altogether.

As with any foreign country, it is always advisable to seek medical attention if bitten by snakes, spiders, or any insect if the victim is worried. Vacations in Fiji can cost much more than money, it can cost your life.

Cheap holidays to Fiji are usually followed up by asking are there any large or poisonous spiders is Fiji? The answer is Yes.

The formidable tarantula has made its home on some of the islands and even just by looking at them any person with arachnophobia could suffer a heart attack. They get into ground floor apartments, hotels and huts along the coast.

If any person is scared of spiders and is thinking of renting out a small hut on one of the more secluded islands, then maybe they should think again, or take an anti spider spray in your suitcase. Spiders as big as a mans hand can lurk in many hotel rooms.

Tarantula spiders are usually harmless, which is why many people keep them as pets. Their bite is painful and the venom injected can cause severe pain.

If a rash develops away from the initial bite area, the victim may be suffering from an allergic reaction and will need to seek medical attention immediately, their life may depend on it.

Hairless tarantulas are supposedly more dangerous and venomous than hairy tarantula spiders. It may be wise to avoid any spider whilst on vacation, just in case.

Although cockroaches are not deadly, venomous, nor poisonous, they are still horrible creatures which serve no purpose other than to revolt the people they come into contact with them.

Cockroaches breed very rapidly, which is why there are billions of them on each of the islands around Fiji and Papau New Guinea.

These cockroaches can grow up to four inches with an extra couple of inches for the antennae. There are not many Fiji or Papua New Guinea vacations or holidays which have gone by without a monster of a cockroach being spotted.

Cockroaches can be found everywhere, in the hotels beds and babies cots, scurrying along the bathroom floors, and inside cupboards. Virtually where ever you travel, you will not be too far from a cockroach, especially at night.

They do carry certain diseases, but usually not fatal to humans, and try not to squash them underfoot whilst wearing flip flops, it is something that you would remember for the rest of your life, as the bone crunching vibrates through your foot and leg.

The Banded Sea Krait is a highly venomous sea snake. The venom is ten times more lethal than a cobra snake, and can kill a man within 6 - 12 hours.

This sea snake is slow, and usually waits around coral to catch fish, but can be found in huge numbers near the shore. It is a nocturnal snake and is only seen rarely during the day, nighttime swimmers are more at risk from being bitten by this poisonous snake.

Sea fishing trips in Fiji may never be the same again as many vacations to Fiji have been cut short by this lethal snake.

Eaten in Japan as a delicacy to replenish a females womanhood, this snake will only bite humans if it feels threatened. This sea snake lays its eggs on land, so can also be found along beaches or near rocks.

The initial bite of this snake may not be felt by the victim, until nausea and vomiting begin to take hold, as well as severe headaches, muscle cramps, and muscle and joint pain.

Unconsciousness may follow shortly before death. If a person feels that they might have been bitten, get out of the water, attract attention of anyone, and get medical assistance immediately.

The teeth of this snake may be left inside the wound where the initial bite took place.

This virtually invisible creature has been recorded as the most venomous and dangerous sea creature in the world.

Also known as the sea wasp or marine stinger, the box jellyfish has a reputation for seriously painful stings and causing death to humans. This jellyfish is one of the fastest in world, traveling up to six meters per minute.

In Hawaii, box jellyfish numbers increase dramatically between 7 - 10 days after a full moon, and beaches have been closed because of the huge numbers that congregate along the beaches. Whilst on vacation in Fiji, obey all beach signs warning that swimming is prohibited, it may save your life.

The jellyfish will still continue pumping venom into a victim, even if the tentacle has been severed, or the jellyfish has been killed.

Victims may suffer a variety of problems after being stung such as painful stings, searing hot pains, shortness of breath, dizziness, painful muscles and stomach cramps, swelling, and in extreme cases, death.

It has never been scientifically proven that urinating on a victims jellyfish sting area reduces the pain, it just makes them smell a bit more.

Vinegar however, does help reduce the symptoms of the venom. If a person is stung at anytime whilst on vacation in Fiji or any other tropical country, whether in or out of the water, always seek medical advice.

On The Lighter Side

Fiji is a tropical paradise which is beautiful and exotic. Hundreds of thousands of tourists flock here annually and leave without any problems. Some don't. Enjoy your vacation, just be careful. 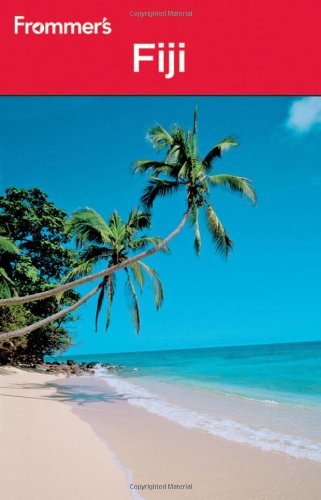 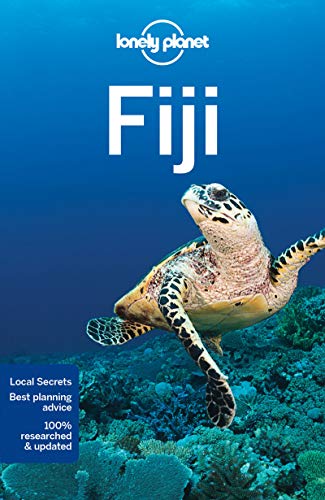