Australia is the capital country for poisonous spiders and venomous snakes. There are poisonous spiders with enough venom to kill five grown men in minutes. Snake bites that can kill slowly or ensure the loss of a limb.

Millions of tourists flock each year to this fantastic country with no problems at all. But there are some whose' vacation or whole life is turned upside down by a simple insect.

Some people have returned home in bits with life endangering bites, stories to tell the grandchildren, if they have any.

The waters around Australia are deadly as well. Please see ( Free ) POISONOUS SEA CREATURES IN AUSTRALIA

There are over forty species of this venomous spider ( picture above ). They are small, only between 1cm and 5cm in length, but small packages contain mighty punches. The Funnel Web Spider is regarded as in the top three of the worlds most deadly spiders.

The venom is a mixture of different venom's, making this spider dangerous. Once bitten by this beast, a person will begin to get Goosebumps, sweating, and a tingling sensation around the mouth and tongue.

Facial muscle spasms may follow, salivation, watery eyes and an increased heart rate. Then comes nausea, vomiting, shortness of breath and confusion. Muscle spasms in the body are the next signs of a person being bitten by the funnel web. Then comes dilation of the pupils, uncontrollable spasms then death.

Although they cannot jump, they can run very fast. These spiders love to live near water and can often be found in swimming pools.

They can survive several hours submerged in water and will still deliver a nasty bite when the are scooped out. They can be found in garages as well as homes, hotel rooms and other dark places.

If you have been bitten by a spider in Australia, run as fast as your legs will carry you to seek immediate medical attention, or you may lose your life.

The venomous spider known as the Red Back, also known as the Black Widow. This spider loves to eat her man after or even during mating. The poor male Black Widow, which is smaller than the female, does not stand a chance.

Most Red Back spider bites happen between December and April, during the warmer months. The spiders are slow moving and most bites come from a person placing their hand near the web. If bitten a person will receive a reddening of the skin around the bite and possible severe swelling.

An arm can easily increase to three times the normal size from one single bite. Abdominal or chest pain may follow with vomiting, sweating, fever and headaches. Rare complications may include seizure, coma, respiratory failure and then death.

Antivenoms are available and a person bitten by this venomous spider should get treated immediately, just in case.

The Brown Recluse spider bite can leave gaping wounds as the skin melts.

Australia is home to 7 out of 10 of the worlds most poisonous snakes.

The Inland Taipan is number one on that list. This Poisonous Snake, known the the Fierce Snake and the Small Scaled Snake, is found in the arid regions such as parts of the Northern Territory and West Queensland.

It is apparently a shy snake which can grow to a massive 2.5 meters in length. Colors range from a tan to an olive green which alters each season. It will normally strike its' prey then retreat and wait for it to die before eating it.

With the introduction of antivenom, deaths have been dramatically reduced. But if caught in the wilderness with no antivenom nearby, there may be little chance of getting back home if bitten.

It is estimated that the venom is fifty times more lethal than the Indian Cobra.

This little beauty ifs found along the East of Australia and also in the Northern Territory, Western Australia, and in parts of New Guinea. This venomous snake is deadly and causes deaths every year. Uniformly brown, they can also be black. The young may have red spots on their belly and have a black head. Adults usually grow between 1.5 and 1.8 meters in length.

Avoid at all costs, you may die from a single bite and it will be painful. People being bitten would have excruciating pain then become unconscious and then death. Do not attempt to suck the poison out of a wound, it will not work and you may become infected. 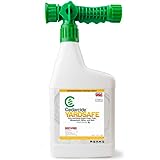 Other snakes to watch out for includes the Copper Head Snakes, Death Adder, and the Tiger Snake. All of these venomous snakes have the potential to kill a human with one bite. When bitten by any creature during a visit to another country, it is always advisable to seek immediate medical attention, not matter how insignificant it may seem.

The venomous Australian Tiger Snake. even with the administration of anti-venom, has a mortality rate at a staggering 60%. Enjoy your vacation, but always be prepared.

These very small ticks which are similar to the ones which can usually be found on dogs and other pets can cause serious illness to humans and death to babies. These ticks are found all along the Eastern coast of Australia and they mean business. They can easily enter a home or apartment, a hotel room or even the car.

They can crawl up virtually anything including glass. The adult bite usually on leaves an itchy limp which can last for several weeks. Most tick bites are uneventful, but some produce life threatening reactions. Ticks transmit infections such as tick paralysis and Rickettsial Spotted Fever. Reactions can happen when a person has been touched by a dead or alive flea or their faeces.

Walking through the bush is dangerous. Facial swelling can seriously disfigure a person for a while when bitten by a tick. Slight asphyxiation can also occur if the tick bites someone on the throat.

These little critters grow to approximately 10-12 millimeters in length and are usually black or black and red. They can be found in rock piles or in a 20 - 30 cm diameter earth mound. They are very territorial and will attack anything that threatens them.

Jumping ants are scavengers and carnivores. The venom is similar to a bee or wasp sting and the initial reaction is slight swelling and reddening of the skin. A fever will break on the victim as a blister forms with an increased heartbeat. In only 3% of victims, it will cause anaphylactic shock.