Poisonous and Venomous Spiders, Snakes and Insects in Florida

VACATIONERS BE WARNED. There is a possibility that you may come into contact with a life threatening bite whilst on vacation.

Brown Recluse Spider is not native to Florida, but are found there due to travelling in freight from Asia and other countries. These spider bites can cause huge lesions and sores on the skin as the venom melts away tissue.

The formidable Huntsman Spider has been sighted in Florida and the Poison Control Centre has received news of several bites a year. No deaths were recorded recently as all the bite victims received immediate hospital treatment.

The sometimes deadly Black Widow spider is native to Florida and can cause many severe bites and even death to people enjoying their annual vacation.

The Black Widow Spider is a poisonous spider whose spread through around the globe is phenomenal. The female spiders of this nasty little species are the most potent, and she eats the male Widow Spider after or even during mating, but in typical fashion, the male will keep pumping away happily until he has been devoured.

The venom they inject into their victims is neurotoxic and is called Latrotoxin.

This poisonous spider is easily identifiable as it is black with a red hourglass shape on its abdomen, although some have a single or double red spot. The male may be black with yellow markings.

The male Black Widow Spider is only a quarter the size of the female and is not considered harmful to humans, but his bite happy wife is.

The female Black Widow will usually bite only for defence or if she thinks it is food. Several people have had their fingers bitten by thrusting their fingers into the web. Why would anybody do that is beyond explanation.

Once bitten, the bite area will inflame and redness will occur. As the toxin spreads through the blood system, nausea, muscle cramps, and severe abdominal pain will start after only several minutes. The heart will begin to beat faster as vomiting begins and a faintness takes over the body as the venom, which is allegedly 15 times more potent than a rattlesnake, takes hold.

Death is not certain, but is very possible if the bite is not treated. If other rashes appear on the skin away from the initial bite area, then the person is allergic to the venom and could die if treatment is not received immediately. 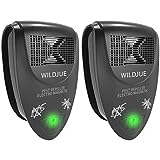 If a person is bitten by this small spider, run like hell to the nearest hospital or first aid post. Seek medical attention as soon as possible, do not think that you will be fine and get it checked out later.

That may be to late for you. Always carry antihistamines and seek a local chemist for spider repellents and possible anti-venoms. For men, always be careful when peeing outdoors !!!

There are over fifty species of snake that call Florida home. But do not worry, only 6 of these are venomous and can kill. Remember, always seek medical attention if bitten by anything, even your husband, just in case.

The venomous Rattlesnake has been made notorious by many Western style films. The rattle noise comes from the raised tail end of this creature and is a warning to possible predators.

The rattlesnake usually only attacks humans if they feel threatened, but bites do happen frequently .

The Eastern Diamondback Rattle Snake is from the venomous pit viper family and is spread throughout the Southeastern American States. This snake has the reputation for being one of the most venomous snakes in the area.

Getting a bite from one of these snakes and your life expectancy will diminish radically. There is an average 30% death rate after being bitten, with death usually within a few hours, and in rare allergic cases, within minutes.

Always Take Some On Vacation

The average length of the Diamondback Rattlesnake is about 8 feet, with 1 inch fangs.

Except for the initial bite which is similar to receiving two very large hot needles into the skin causing severe pain, there will be pulsating blood from the bite wound, intense internal pain as the blood carries the venom around the body.

Bleeding from the mouth, hypotension, the bitten limb will become discolored and will swell enormously and the heart rate will slow dramatically. And the pain will be unbearable.

Other venomous snakes in Florida include the Cottonmouth. also referred to as the Water Moccasin. The menacing male of this species will attack somebody who may be on their territory without provocation.

This is the worlds only semi-aquatic snake and can be found in lakes, easy flowing rivers, or by or in a body of water including the sea. The largest recorded specimen found was 188 cm ( 71 inches )

The venom rarely kills, but it can if not treated. CroFab is the anti-venom for this bite as well as a few days rest. If a person is on vacation and sees this black-ish snake nearby by, please calmly and carefully swim or run like mad and do not stop until you reach a bar for a drink to calm the nerves.

There are over 70 species of coral snakes around the world. And some have found their new homes in sunny Florida. There are approximately 25 bites in the entire USA every year. Coral snakes are timid, and will retreat from humans if possible.

The venom is a neurotoxin and will cause death by paralysing all the breathing muscles. Without immediate medical attention, the person bitten by this snake does not stand a chance.

The anti-venom is called Coralmyn, but is to expensive to produce in large quantities. So there may not be anti-venom available in the local area and may need to flown from abroad should a bite occur. Medical teams may put the victim on artificial breathing apparatus until the anti-venom arrives.

This everyday pest is the scourge of every country in the world. It usually gives harmful bites which itch like crazy and are usually dealt with by a whack with a newspaper. Not to bad then, or are they???

Mosquito's carry Blow Fly larvae on their legs and abdomens, These larvae burrow their way into the bite mark of a mosquito, and live inside the skin whilst eating the skin tissue of the victim.

Mosquito's cause nearly 300,000 deaths every year from malaria. They infect over 3 million people with malaria annually and ten percent will die. Malaria is easily treatable in the Western World where antidotes are readily available. If any symptoms occur, seek medical advice.

Symptoms include fever, lethargy, and compulsive sweating with disorientation.

The Florida Poison Information Centre informs people to beware of these little nasties as a severe allergic reaction can result in death, especially for the young and the old.

It is the spines or hairs on the caterpillars that cause allergic reactions. Many pets have died by sniffing them.

The hair causes swelling in the throat and prevents the animal from breathing. Itchiness is the usually symptoms with victims, apply ice and seek medical attention just in case.