Poisonous Snakes, Spiders, Bugs And Insects in Africa Whilst On Safari

Africa, the second largest continent on the planet, with a land mass of over 30 million square kilometers, and home to nearly one billion humans, is a land of diversity ranging from tropical temperatures to the subtropical temperatures on its highest peaks and amazing African safaris'.

Africa is also home to some of the worlds deadliest insects, spiders and snakes known to man. With millions of fatalities reported every year due to bites and stings from an abundant supply of venomous and poisonous creatures.

This gives a whole new meaning to going on Safari in Africa. The massive expanse of the Northern Deserts allow the uncontrolled breeding of many deadly snakes and spiders; whilst the Southern parts of Africa, with its' dense Rain Forests, have many different types of venomous and poisonous insects and arachnids. African Safaris' are exotic and visually amazing, but can also be detrimental to your health.

The Tarantula Hawk has many different names including Desert Wasp and Spider Wasp. These wasps hunt Tarantula spiders in the hot deserts, they will sting them, and inject the spider with a paralyzing chemical which renders the spider immobile.

The wasp will then drag the spider into its own burrow, or will take it away to a prepared nest. Once this is done, the Tarantula Hawk will lay a single egg onto the spider, usually around the soft stomach area. he wasp will then fly away, sealing the entrance first so as her egg will not be disturbed.

Once the egg hatches, it will begin to suckle on the spider, which is still alive, beginning to drain the juices from it. Once the Tarantula Hawk pupa has grown for a few weeks, it will delve inside the spider, drinking the bodily fluids and eating the flesh. The wasp will eat the spider alive, from the inside, until it emerges a full grown adult.

There have been no reports of fatalities to humans from this type of wasp, but their sting is very painful, and is allegedly the second most painful sting in the world. Swelling and redness will form around the sting area, and anti-histamines are to be taken if a person is stung.

These wasps can grow up to 5 cm long, and can be found throughout Africa, and occasionally in Europe and South America, they are easily identified by the blue-black body and tinted orange wings. Whilst on Safari in Africa, be careful to avoid these insects as they can turn a vacation into a painful nightmare.

Killer Bees, also known as Africanized Bees, are very similar to the European bees, only with much more aggression based behaviour problems. These Africanized Bees can now be found in Florida, Mexico, Brazil and many other tropical and subtropical countries, and have spread throughout America.

They will usually be found in large swarms and are very defensive creatures, if they feel threatened, they will swarm and attack, many animals have been found dead with hundreds of stings in their corpse, due to the swarming of a hive of Africanized Bees. The nests are very common and whilst on an African safari can be seen in many different places.

Fatalities among humans is a yearly occurrence, with at least one every year in the USA. There are no known accurate records for fatalities in Africa from killer bees, as there are so many villages and towns which do not keep medical records.

Estimated fatalities stand at approximately 15 human deaths per year in Africa, not including allergic reactions. Many people on safari in Africa have been stung by an individual killer bee, which is not life threatening, but never go near a hive or swarm.

Africa has many poisonous and deadly snakes, the Black Mamba being one of them. The Black Mamba is actually brown or olive in colour and is the most feared snake in Africa. Without anti-venom administered within minutes of being bitten, death is a certainty.

The Black Mamba can strike and bite its prey up to twelve times within a minute, and each strike will release enough neuro and cardio toxic venom to kill a fully grown man. Adult Black Mambas can speed along at 20 kilometers per hour and can grow to 2.5 meters in length, they will mainly attack if cornered, startled or if they feel threatened.

This snake is deadly and will kill any person on safari who is not prepared or alert.

A forest dwelling snake in central Africa, also found in both the Eastern and Western States, produces the highest amount of venom of any snake in the world, one bite can kill a man within minutes. The beautifully coloured snakes, with pink, brown and black markings, and growing to nearly two meters in length, tend not to bite, even when they have been stood on, but if cornered, will strike and kill without mercy.

The Boomslang snake, or Tree Snake, is a desert living creature, the male of the species is bright green with the fangs at the back of the head. Human fatalities are very scarce, as the snake is actually timid and will usually shy away from noise or disturbance.

The venom from the Boom Slang snake is Haemotoxic, which will affect the blood clotting natural defences of the body Once bitten, it can take up to twenty four hours for the affects to be apparent, but when the venom gets to work on the body, a man can bleed to death from every orifice on the body, a very painful death.

Snakes rarely attack a person whilst they are on Safari in Africa, unless the person gets out of the vehicle or off of the elephant. The roar of the engine usually ensure snakes keep away, until the engine is turned off.

The Puff Adder Snake is the smallest poisonous snake in Africa at about one meter in length, but it has also caused the most human deaths. This snake will lay still if someone approaches, and many bites occur when somebody has stood on one, and the snake instinctively reacts.

Most of the fatalities happen because the bite is not treated correctly resulting in gangrene and blood infections.

The formidable Tsetse fly, a spreader of the disease called Sleeping Sickness, and there are many species of this fly, which cause approximately

THREE MILLION human fatalities each and every year.

When they feed on warm-blooded animals, similar to the mosquito, they transmit organisms called trypanosomes. Once bitten, the blood infection travels to the lymphatic system, leading to swelling of the lymph glands, then it spreads to the central nervous system and begins to attack the brain, which in turn leads to severe lethargy and then death.

Sleeping sickness is treatable with medicines, if the bite is diagnosed early enough. The tsetse fly is usually found in Eastern, Central and Western Africa, where most African safaris are carried out.

There are many different species of scorpion in Africa, but South Africa has one of the largest in the world reaching a monster size of 21 centimeters. These over sized scorpions do have venom, but it is harmless to all but the very young and the elderly, They do possess a very large pair of pincers though, which can give a person quite a nasty nip, but other than that, they usually just scare people away with their size. Other scorpion stings in South Africa cause between 10 and 12 deaths ever year.

These ants attack en masse, and one colony can devour a whole live cow in less than an hour. About 45 people per year die from attacks by these ants in Africa. When these ants go on the march, they travel in columns up to 30 centimeters wide and 80 meters long. They have been known to engulf whole houses, eating everything edible, including family pets, then disappear back into the forest.

Reports have suggested that some of these African Safari Ants can grow to 5 cm in length, and their pinch is so tight, that the only way to get the ants off of a person, is to rip their bodies away from their heads, then gently pull off the pincers. Some Africans use the heads of these ants as stitches, they let the ant bite a wound, then rip their bodies away leaving the head attached to the person acting like a simple stitch. This method has be used recently on a person who was on a safari in Africa and got injured. It helped stop the flow of blood until he could receive medical attention. 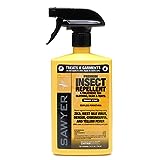 A Complete Guide to Snakes of Southern Africa
Buy Now

When visiting Africa, or any other country, if somebody is bitten or stung by any type of insect, immediately take them to the nearest hospital or medical centre, their life may depend on it, and it is always advisable to carry anti-histamines when going out for a day, these may help delay the spread of any toxins.

If you have visited Africa, have you been bitten by any of the following ?