Polish Culture: Beyond Pierogi and Cabbage

Welcome to Polish Culture! Here is a location on the Internet where you can read some short articles, find some little known links and overall learn a little bit more about modern-day Poland and Polonia - people of Polish descent who live outside Poland.

Poland, located in central Europe, is bordered on the west by Germany, in the north by the Baltic Sea, on the north-east by Russia and Lithuania, on the east by Belarus and Ukraine, and on the south by Slovakia and the Czech Republic.

Mining and manufacturing are the two largest industries, while services like retail, banking and finance, car services and food services like restaurants and cafeterias make up the rest of the economic output. Tourism continues to grow. Although the majority of tourists arrive from neighboring countries, American tourists showed the most substantial gains between 1995 and 1999 (the last years for which statistics seem to be available).

Read On for More

If you like what you find here, please tell your friends and rate this page; if you don't find what you are looking for or have ideas about what you'd like to see included here, leave me a comment at the bottom of the page. Also, be sure to vote in the Poll below.

Thank you for reading! Now, a little bit about modern Poland and its history.

In a Nutshell: Poland's Place in World Politics

Tiny Poland, located in central Europe, maintains its position as a crossroads between eastern and western European countries and cultures. While Poland's national origins date to the 10th century, its borders have repeatedly shifted due to a history of aggression and warfare initiated by neighboring countries. Border changes at the end of World War II (1945) could have overwhelmed the national mentality and culture.

However, today, tiny Poland, the 8th most densely populated country in Europe, is a free democracy and looks to align itself with western countries. In 1999, Poland joined the North Atlantic Treaty Organization (NATO) and in 2004, the European Union (EU). Its citizens welcome prosperity while continuing to develop and enhance for visitors the country's history, folk culture, impressive architecture, and beautiful natural landscape. 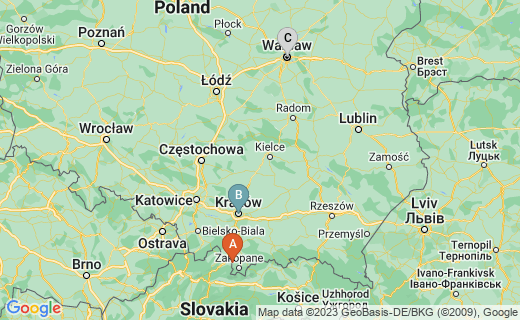 B
Became part of Poland in the 10th century:
Krakow, Poland

Completely destroyed during WWII, and rebuilt according to old drawings after the war.

Interesting Places to Visit in Poland

Even though Warsaw was completely rebuilt after WWII, it still a fascinating city. Here are some Warsaw sites few people mention or visit, but which are important to the Polish people:

Krakow (Cracow) is one of the largest and oldest cities in Poland. It is also regarded by many, including residents, to be the cultural capital of Poland. It is the perfect Polish town to visit if you are "into" history. The city is relatively inexpensive and easy to reach via either train or plane. This city was not damaged much during World War II (1939-45). However, the Jewish population was basically annihilated. There is a lot for history buffs to see and admire. In 1978, the United Nations Educational, Scientific and Cultural Organization (UNESCO) placed Krakow on the list of World Heritage Sites. Krakow maintains the largest medieval intact marketplace in continental Europe.

A Central Point from Which to Explore the Region

Krakow is a good central point from which to reach other interesting places in central Poland such as the Beskid and Tatra Mountains; and historical places like the Auschwitz- Birkenau Concentration Camps, Wieliczka Salt Mines, and Jasna Gora with the Black Madonna of Czestochowa, and check out the McDonald's near the Florian Gate.

1 - The Jagiellonian University is wonderful with old buildings, but more modern facilities are spread out over the city.

2 - The market square (Rynek Glowny) "comes alive" after about 9pm especially on the weekends There are bands, food, general good times; police crack down on rowdiness and drunks.

3 - There are lots of wonderful free and inexpensive classical music concerts.

4 - The Royal Wawel Castle, the Wawel Cathedral and archaeological ruins on the grounds.

Polish Saints - An Evolving Calender of Feastdays and Celebrations

As seasons roll around so do the feast days of saints recognized by the Roman Catholic Church. Nowhere else like Poland are the Church and People so connected. Here is a list I am slowly building of Polish saints, their feast days and some little known facts about them. This list of Polish saints, once completed, will read like a history, an animated history of Poland.

Online Links to Polish Saints in the R. Catholic Church

The Miraculous Icon of The Black Madonna of Czestochowa, Queen of Poland and Jasna Gora Monastery

This miraculous painting of Our Lady, the Mother of God, in the style of an icon, is housed at the Jasna Gora (Shining or Luminous Hill) monastery. It is the monastery's most valuable treasure and is housed in the Chapel of the Virgin at the heart of the monastery. The image is painted on a board that measures 81.5 x 121.7 cm (approximately 32 x 48 inches) and shows (without the jeweled coverings) as in this illustration a standing Virgin holding the infant Christ. Jasna Gora is now Poland's most famous Marian shrine among the many others throughout Poland.

"Our Lady of Czestochowa" - "Queen of Poland"

Really stoneware, the Polish pottery (Bolesławiec pottery) is traditionally made from white clay found in the Bolesławiec region of Poland. The pottery is fired twice at very high temperatures. Artisans use sponge stencils for hand stamping patterns onto the pottery. The eye of the peacock feather is a traditional designs and was a sign of prosperity and wealth. Polish pottery is durable and functional, although somewhat heavy in weight, It is conveniently amazing safe for use in the oven, microwave and dishwasher.

Do you collect Polish pottery?

Some representative images of modern Poland found within my photographs may be found on Pinterest.

A Visit to Poland 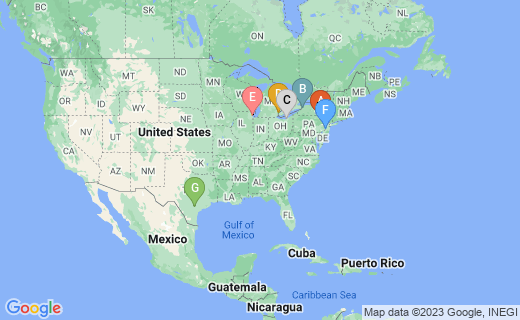 A Visit to Poland

Have you ever thought about visiting Poland?