A cultural melting pot in Southeast Asia, the Philippines is a country that practices traditions and customs from the Malays, Spaniards, Americans, Chinese, Japanese, and countless other ethnic groups from its about 7,107 islands.

These traditions and customs are also reflected in valuable cultural world heritage sites found in the country.

In ancient times, Arabs, Japanese, and Chinese people settled in the Philippines and brought with them Asian foods, religions, games, and festivities.

The Philippines was also visited by the Malay people from the neighboring countries in Southeast Asia who introduced early Filipinos to concepts of world religions like Hinduism, Buddhism, Christianity, and Islam.

Many years afterwards, the colonization of Spain for 300 years created an indelible mark on Philippine culture, particularly its language, festivities, religion, architecture, cuisine, and pastimes.

Later on, the rule of the United States in the country acculturated Filipinos to American culture.

Because of its complex historical background, the Philippines now has several impressive cultural world heritage sites.

For over 2,000 years, the Filipinos in the Ifugao province in the Cordillera region of northern Luzon, Philippines, used their hands to harness the mountains and transform them into towering terraces of rice plantations that would eventually be recognized as a UNESCO Cultural World Heritage Site.

They passed on their knowledge of carving and building according to the contours of the mountains from one generation to another, allowing them to build the world-renowned Ifugao Rice Terraces after two millennia.

Today, the Ifugao Rice Terraces is considered as a UNESCO World Heritage Site in the Philippines.

It earned this title for it is a testament to the Ifugao people's historical labor practices, value of sustainable and ecological harmony, and exemplary land use and sense of beauty.

Established in the 1500s during the early years of the Spanish colonization in the Philippines, Vigan has stood the test of time and has remained gloriously intact until it was declared a UNESCO Cultural World Heritage Site in 1999.

In fact, a trip to Vigan would bring one back in time with its cobblestone streets, large colonial houses, and colonial urban landscape.

Vigan was considered a cultural world heritage site because nowhere else in East and Southeast Asia but in Vigan is there a place that manifests Asian fusion in building designs and European colonial architecture and planning.

Vigan was an important trading center in the Spanish colonial period in the Philippines. It traded directly with China and Mexico. The ships that docked at Vigan went on to trade in Europe, resulting in cultural exchanges among Filipinos, Chinese, Mexicans, Spanish, and North Americans.

3. Baroque-Style Catholic Churches in the Philippines

There are four churches in the Philippines that are inscribed the honor of being called a UNESCO World Heritage Centre.

The four churches were honored as world heritage centers for they are the finest examples of how Filipinos craftsmen interpreted the Baroque style in order to suit the physical conditions of the tropical Philippines.

All the four churches were constructed using locally sourced materials and their decorative motifs were mostly inspired by the locals.

Thus, they can be said to be fusions of the European and Philippine church designs.

More About Travels in the Philippines

Vigan - a Cultural World Heritage Site in the Philippines 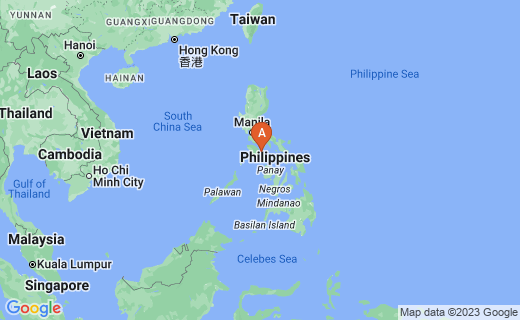