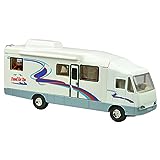 It had been less than a year since I had made the decision to live full time in an RV, particularly a 2010 Hurricane that was 32’ in length and featured two extendable slides. It was much more room and expense than I had originally planned, however after just a few short months on the road found it to have many flaws for full time living.

It was a great RV for the casual camping family offering plenty of interior space and storage for the week end get-a-way or an occasional two-week vacation. Perhaps due to the grueling use it received traveling from SC to TX with several stops along the way would explain why I continually had lots of little problems. The left side slide just behind the driver’s seat had a constant squeak that I could not quiet no matter how much lubricant I applied. The dinette seating kept falling apart obviously not designed to hold my nearly 300 pound frame. Because of the toilet’s poor design location, I had to remove the towel and paper racks to be able to sit comfortably on the receptacle.

And there were lots of other bothersome things I hadn’t noticed when I first shopped for an RV. The queen bed was fine for a weekend trip but for sleeping in it every day for the next few years or more soon became very unappealing. The thin mattress was more or less a cushion and I placed a sleeping bag under it so I wouldn’t feel the hard plywood below. Additionally it was very difficult to make up with clean sheets due to the lack of access on the side near the exterior wall.

The kitchenette; once again for a short trip or vacation was sufficient, however full time living found the lack of counter space and the small one door refrigerator to be entirely too small especially when we parked in out of the way locales and had to drive an hour to find a grocery store. Those were the times I would like to have a larger refrigerator to be able to stock more perishable items. And one of the worst interior design errors was the full interior carpeting! What a pain. Almost every RV’er I met on the road that had full carpet had either replaced it with an easier to maintain alternative or had plans to do so. And the list goes on.

While in Georgetown, TX I stopped at a local dealer and not caring to lose a tremendous amount of money by trading prematurely, inquired about my options. Trade for a larger, used RV? The salesman I was assigned immediately took me to a 40’ plus, ten year old diesel pusher…a Class A with the motor in the rear. The exterior fiberglass was cracked and peeling and the interior smelled musky. I told the salesman I didn’t want to downgrade and that I wanted to look at alternatives based on design not on cost. I didn’t want to lose money, but I was also willing to spend a little more to get what I felt was a better match for my needs.

The moment I walked into the used 2010 Winnebago Adventurer I was sold…if I could make a deal I could afford. Little things like three steps leading into the unit instead of two made access much easier for both me and my dog (that’s another problem on the Hurricane; the retractable steps had failed to retract and needed repair). Instead of the all too common white fiberglass exterior, this unit boasted a full body paint using dark earth tones with lighter colored graphics. The main salon featured heavy vinyl that looked like marble. Directly in front of me upon entering was the kitchen featuring a two door refrigerator with an ice maker! The curved counter was easily twice as large as in the Hurricane and the double sided sink was metal instead of the plastic one in the old unit.

A credenza with a slide out table replaced the small dinette in the Hurricane. Across from the credenza a comfortable love seat reclined electronically and became an extra bed by extending the footrests unlike the inflatable mattress in the other unit though easy took time to inflate and deflate. With a magical touch of a button over the loveseat, a giant (for the space) 40” television arose from within the credenza for a theatre room effect.

The cab area featured soft leather seats with a power driver’s seat. My RV had a backup camera while this Winnebago had one along with a camera on either side of the RV that were actuated with the turn signals. All radio and cruise control functions were conveniently at your fingertips on the leather steering wheel. And there was a driver’s side access door!

A curved ceiling in the Adventurer created the feeling of much more headroom and the RV had three slides with one of them running almost the entire length of the 37’ motor home. Just beyond the kitchen area was a pantry and a compact washer and dryer! A guest bathroom competed the central section…yeah, a guest bathroom!

The large rear bedroom featured a king bed that had ample room to walk around for ease of making it up, a small desk area and a TV/DVD player. A full bath with a much larger shower and more counter space span the very rear of the unit. Throughout the coach the fit and finish was far higher quality than the Hurricane had been.

I drove the Winnebago fearing the extra five feet length would be problematic. It was not. And the GMC Workhorse gasoline motor ran powerful and efficient gaining a few miles per gallon more than my Hurricane. I was definitely sold. But could I afford it?

The original list price of the Winnebago was over twice that of the Hurricane however this was a used unit with only 1300 miles. The previous owner was uncomfortable driving a Class A and quickly traded for a fifth wheel. His loss, my gain.

I told the salesman to work up some numbers for me to review and upon his return from his meeting with the sales manager was shocked to see I was being offered over $20,000 more for my RV than it was worth making the offer even greater than what I had paid for it! Of course they didn’t reduce the asking price of the Winnebago, but I knew I would never get this kind of offer again if I waited. I told them I would think about it. A few days went by and I went back to the dealer to sit in the Winnebago and play with the many bells and whistles it contained.

I discovered the air conditioning system was underneath instead of on top of the RV making for a more efficient design. Additionally, there was an “In-Motion” satellite receiver already installed (an expensive option). I played all three…three televisions and three stereos including one hidden in an outdoor panel. I sat on the ledge in the shower and laid on the big king bed. I met with the sales manager and offered him $5,000 less than the deal they had proposed. He was unable to accept my offer however he came within $1000 which included transferring my tow equipment from the Hurricane to the Winnebago.

I had financed a large portion of the Hurricane but not wishing to double the payments which would have been a hardship down-the-road; I called my banker back in SC and closed a retirement account so I could buy the unit outright. I now owned a 2010 Winnebago Adventurer with only 1300 miles on the odometer!

The point of these ramblings is simple. If you plan on living full time in an RV, purchase as much RV as you can afford. Make sure the layout and design works for you and your family. Fit and finish is as important as any other feature. Winnebago has been making RVs for decades. Buy quality the first time out. Trading as soon as I did could be catastrophic to one’s finances. I got lucky.

I’ve owned the Winnebago now for just over four months and have been to the Arizona side of New Mexico back through Texas, Louisiana and all over Mississippi. I have had no regrets in my decision. Driving the Winnebago is much more of a pleasure with few if any rattles and squeaks and because of the design, passing trucks and high winds no longer blow me all over the road. The strong Workhorse engine pulls so strong I hardly notice I am towing a vehicle and I get about 2 to 3 mpg better than I did on the Hurricane. The only option I don’t have is a maid!