Patty has successfully reviewed thousands of books, films, products, and vacation/retirement cities around the world.

Island in the Sea

Ten Thousand Islands Paradise sounds like a wonderful Chinese island chain in mythology, but it is a chain of islands off the coast of Southwestern Florida, which is the popular Paradise Coast of the state. It is tropical, with temperatures ranging generally from 65 - 85 degrees F during the year.

Marco Island on the Gulf of Mexico is rated as one of the Top 10 Best Places to Retire in the state. At the southern part of Florida at the head of the Ten Thousand Islands, Marco Island in Collier County is also a city that is central to good living and a legion of enjoyable activities in retirement, on vacation, and in off-work hours.

Purchased by a trio of land and business developers in the 1960s, Marco island was made into a vacation hub that opened in 1965. Very popular right away, it grew significantly through the early 1970s. At that point, at least 5,000 residents were living on the island, full-time and part-time, including retirees.

Next, the developers created nature preserves and today's Rookery Bay Estuarine Research Reserve was formed in 1978. The Rookery Bay reserve sits exactly halfway between Marco Island and Naples, Florida to the north, 9 miles from each city. serves the Marco Island community with educational programs and facilities as well as scenic adventures near the historic Everglades.

At the Bottom of Florida 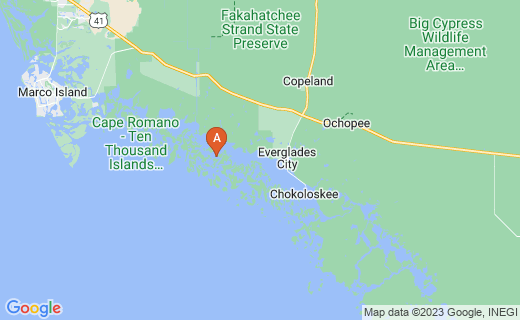 Among newer businesses, The Esplanade is a complex of residences, retail stores,and restaurants that includes a marina and is on the upscale side. Marco Walk is a well-renovated popular older mall across the way from the Hilton Hotel on the island.

The Old Marco Island Inn and Suites is a vacation venue that preserves the history of the island, including early Spanish exploration. The waterfront and beaches are support a number of water activities, including swimming, boating, and fishing. Retirees as well as younger working people can enjoy golf, theater, adventures tours in the Everglades, and several historical sites.

Families and teenagers also inhabit the City of Marco Island, which organizes activities for them as well. Teens can participate in organized recreational sports like Walleyball and volleyball at the local recreation center, family fitness picnics, dance parties, films shown in a local park, and other events each month of the year. The city also has its own Teen Advisory Council composed of local teenagers.

While a significant portion of the island rates as upscale retirement real estate among a population of the average age of 60 in 2009, families, youth, and some young professional adults also enjoy living there. Job listings in the area have increased markedly in 2008 - 2009 and 2015 - 2016.

During the 18 months ending December 1, 2009, the number of jobs available in local employment listings increased by 1733%. At the end of January 2010 at least 1900 positions were open. By July 2016, nearly 4,000 jobs listings were available around Marco Island and the Ten Thousand Islands.

The following are local employers that post the most job listings on the Internet. Their businesses involve Travel and Tourism, Healthcare, Retail, Accounting/Clerical, and Finance.

In January 2010, President Barack Obama announced plans top feed $8 billion into the high-speed rail corridor development in the US. Florida is targeted for a portion of this pot of money.

While the proposed local rail systems will not travel as fast as in California (proposed 200 mph), Florida rail will offer 80-100 mph. This speed will accommodate both tourists, retirees, and commuters very well, drawing more traffic into southern Florida, but will also create additional proposed jobs.

The Native American peoples indigenous to Collier County and the Everglades Region have included the Calusa and Tequesta Nations from likely 12,000 years past, although some sources state 15,000 years. The map below, right, illustrates key Indigenous groups.

After Spanish exploration began in the early 1500s to invade Florida and the West Indies, both indigenous nations suffered human losses from European diseases. Some survivlors from these tribes went to Cuba. Others, along with liberated African slaves, were assimilated into the Seminole Nation in the 1800s. However, the Calusa may have already, in turn, absorbed another nation, the Muspa. Seminole Nation continues to live in the region today. In the 1960s, some members were hired to act and maintain airboats for the television series The Everglades (1961-1962).

The Marco Cat is a find that was uncovered by the Smithsonian Institution in the late 1800s among Native North American burial mounds - usually (sea) shell mounds - on Marco Island, also called Key Marco.

The cat is a statue of a local big cat, perhaps a Florida Panther, buried by the Calusa native groups and considered one of the most important archaeological prizes in North America. Because the fierce, warlike Calusa used the atlatl, it is likely that they migrated to Southwest Florida from Mexico, being related to the Aztecs.

Panther of the Paradise Coast

The 6-inch tall kneeling cat is a cross between a cougar and a man and must be a mythological symbol of the extinct Calusa Nation, perhaps a shamanic and/or a spirit- or medicine guide of some sort.

Key Marco is the name of the archaeological dig in which the cat statue was discovered.

The lead archaeologist on this dig in 1895-6 was Dr. Frank Hamilton Cushing. He and his team uncovered at least 1,000 artifacts from the dig, the largest collection of wood artifacts ever found in the Eastern USA. The dig site was filled in, smoothed, and used a the foundation for a current housing subdivision, while a second shell mound is located at the south end of the island and still in tact as of this writing.

Interestingly, the Collier Area Transit bus (CAT) has used a pouncing panther logo and the Everglades had supported some of the elusive Florida Panther cougar species. IN fact, as of 2011, the panther seems to be reproducing and spreading through the Everglades somewhat more than previously seen.

The Everglades was a black and white television series that ran in 1961-1962, staring Ron Hayes as "Lincoln Vale of the Everglades." Hayes was an actor and stuntman that had appeared in westerns and similar action work. As Lincoln Vale, he portrayed a law enforcement officers in the Everglades, driving air boats and apprehending criminals.

The Seminole Nation of Native Americans had been living in the Everglades for many years. The staff of the television series hired some of them to be in the TV series and to act as mechanics for the air boats, which they knew much about. The Seminoles were treated well and were apparently quite happy with the television production using the Everglades as a backdrop.