Riding the Metro in Paris, France

"Be Sure to Keep your Ticket"

I was finishing up the school year and would be moving on to a new assignment in the fall. I was talking with my administrators and as the meeting was coming to a close, she asked me what I would be doing over the summer. I looked at her with a rather smug smile on my face as I stood up ready to leave and said, "I'm going to Paris, France." She looked at me and made a few remarks about how charming it is and said, "be sure to keep your ticket if you ride the Metro. You will need it. Bon voyage!"

The first time I rode the Metro a very nice man who was helping my friend renovate his home walked me to the Sceaux metro station and showed me exactly what to do as I had not done it before. He also said, "keep your ticket."  So now it was confirmed. As I walked out to the loading area, I noticed a group of young Americans who were laughing and having a great time. I greeted them and we started talking and they invited me to a picnic that night along the Seine. I already had plans but thought how nice of them! We climbed on board.

It was not like riding the metro in NYC. There was room to sit and people generally don't look at each other. I noticed an older woman who half smiled at me, but it was obligatory on her part because I smiled at her. Parisians do not smile at strangers, so to initiate a half-smile was rather celebratory on my part. It's part of the culture, so don't let it offend you. I noticed the other people not really looking at anything, no expression.

It is the oddest feeling to be looked at and have no idea what they are thinking. There was a young man standing, playing the guitar. It was nice. He sang a beautiful song and then he walked the aisle with a small change bag, so I threw in a coin, not sure what I threw in!

Hold the door open for passengers behind you~

Do not play music loudly~

Sneeze into a handkerchief~

Towering Over the City

Twenty minutes later, I was in the heart of Paris. (It would have taken at least 45 minutes to drive from Sceaux into Paris) I exited the station and waited to meet a French friend. Martine arrived and we were so happy to meet each other and she took me to a delightful crepes cafe named Creperie Plougastel at 47 Rue de Montparnasse. We lunched for a couple of delightful hours. I had a delicious cheese crepe with mushrooms and then a dessert crepe and then the coffee, it is always served last. We had such a wonderful time talking about the similarities and differences in our culture, everything from men to politics. I'll always remember that wonderful afternoon.

She had to return to work so I walked towards the Montparnasse Tower which is a towering building in this quaint arrondissement of Paris. One can take the fastest (38 seconds) elevator in Europe to the 56th floor and see the most amazing view of Paris surrounded by windows. One can then walk up to the 59th floor which is the top of the building and walk around in the open, peaceful court at the tip top.

Galeries Lafayette is a huge department store unlike any I've ever seen in the US. It has a beautiful dome and the building itself is a historical monument. If you like to shop, this must be on your places to visit! It is gorgeous and has everything you could possibly desire, and it's another great place to people watch!

On the ride back to Sceaux, I felt just a little more Parisian and felt completely at ease riding the metro. (Remember to keep your wallet in a front pocket and your handbag tightly closed.) It is a fast, efficient way to travel both in and out of the city and throughout Paris, but don't put away those walking shoes! If you want to truly see Paris, you're going to be walking a lot, and there are metro stations throughout the city and surrounding area for your convenience. Just be sure to keep your ticket as you will need it when you reach your final destination! I have included a link to the very best video I have seen about exactly how to ride the Paris metro, giving clear step by step directions. I highly recommend watching it if you are planning a trip to Paris! Please see below in Paris Metro Information. Enjoy!

young man, then wherever you go for the rest of your

life it stays with you, for Paris is a moveable feast 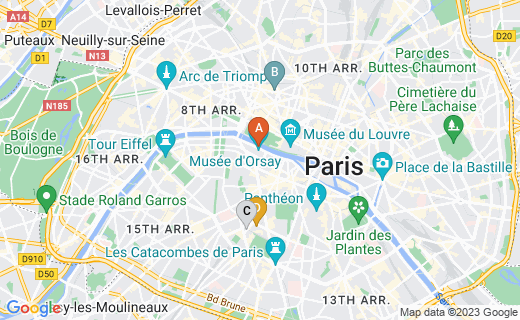