Beautiful Calm Seas Can Be Deceiving

The Bridge to Paradise - NC Beaches

You can smell the salty air of the Atlantic as soon as you cross the Wright Memorial Bridge onto the Outer Banks. Even now, after all these years, when I hear the gulls calling and feel the damp ocean air blowing through my hair, I feel as if I’m leaving behind the mundane world and crossing the bridge to paradise.

Spending summer vacations on the Jersey Shore, I’ve been swimming in the ocean ever since I can remember. Floating on the swells, the ocean buoyed me up and made me feel safe. I never feared drowning in salt water, even in rough surf and wild foaming water.

The Importance of Beach Safety

Through the years, I fearlessly swam alone in the Atlantic while my husband fished or slept on the beach. Often the waves carried me out over my head and I calmly floated back towards shore on the incoming waves. Swimming from the beaches of the Cape Hatteras National Seashore could be dangerous, though, and my more cautious husband was more aware of beach safety and on the lookout for the foamy signs of rip currents. As we got older, I had less confidence in my ability to swim, but I still believed that I could always make my way to safety.

One blue September morning we drove down to enjoy Coquina Beach near Bodie Lighthouse, one of North Carolina's beautiful Outer Banks beaches on the Cape Hatteras National Seashore. Although we were alone on the beach, we felt quite comfortable swimming in the ocean that day. The water looked calm and clear, and there were no visible signs of rip currents.

Caught in the Rip Current

As usual, my husband stayed fairly close to me as I floated on top of the swells, catching my hand if I seemed to be drifting out too far. Enjoying the blue sky, I was floating on my back looking out to sea when he called to me to come back as I was suddenly moving away too fast. I turned and started to swim back, but realized that the current was carrying me away faster than I could swim. I reached for him, but we couldn’t touch hands and in an instant I was out over my head and being pulled away from shore while he had trouble standing or moving against the current. He realized that he didn’t have a chance of saving me if he tried to swim to me, so he called to me that he was going to shore to get a floating raft. The scariest moment of my life was seeing him heading to shore while I was being pulled out to sea. I panicked once and and went under, then brought myself up and tried to ride the swells.

The Atlantic ~ Friend or Foe?

Looking out to sea and feeling myself moving away from shore, my thought was, “I never thought the ocean would try to kill me! I never thought I would die by drowning!” I wasn’t ready for this!

At that point, Bill yelled back to me, “Swim sideways, swim sideways!” Of course! This is the classic way to escape a riptide, one that all the safety posters advocated. Swim parallel to the shore until you are out of it. Even though I’m not a strong swimmer, I began to swim parallel to the shore. When swells lifted me, I swam with them as much as I could and suddenly there was sand under my feet and I was out of the current just as Bill came running back into the water with the raft.

Rip currents can occur in the oceans, the Gulf or even the Great Lakes. Even though the water is otherwise calm, there may still be rip currents. They can often be spotted from shore if you look for the following signs before entering the water:

If you can see rip currents, be sure to enter the water well away from them, and as you swim, keep aware of where you are in relationship to the current. It is easy to drift into them without realizing it before it's too late.

Although I was unhurt, the frightening experience made my legs and stomach quiver. It was the end of our swimming for the day, and many weeks before I could close my eyes and not feel the water pulling me out to sea.

I still love the ocean and still go swimming in it, but I’m much more careful about watching for rip currents and I keep out of rough water. I never go swimming alone, and pay close attention to the depth of the water. Perhaps in comparison to others who have lived through danger, this doesn’t qualify as a near-death experience, but in my mind, it was a very close call that I don’t care to go through again.

How to Escape a Rip Current

If you get caught in a rip current, remember to:

Rip currents can move faster than an Olympic swimmer at speeds of up to 8 feet per second. It is impossible to swim against them, and it's better to expend energy staying afloat than to try to swim back to shore. 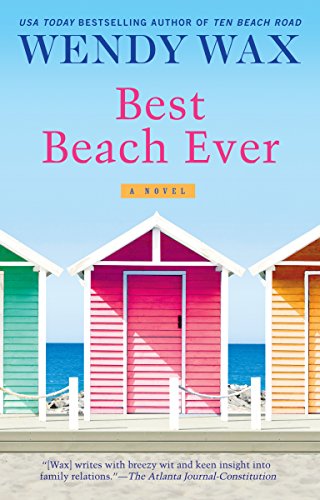 From Atlantic to the Gulf of Mexico