Family Fun Travel Games to Play in the Car

Angela was a foster parent for eight years and has four daughters, one in which is adopted.

There are many ways to pass the time while in a car. When video games are more common than a deck of cards, families have lost the old fashion way of entertainment - spending time with one another. Children need to change focus and find what is essential: love, life, and family. What better time to teach them these skills than on a family road trip?

In this game, everyone looks for wildlife. If something is spotted, you must yell out what you see. For instance, someone might yell out, "wildlife." For spotting it, you get five points. Someone else says, "Wildlife, Squirrel," that person gets ten points. Five points are received for spotting wildlife, and five for being able to name it. If one person spots the animal, and another person names what kind of wildlife, they each get five points.

It would help if you made it a little more complicated for older children by requesting that they are as specific as possible. For example, if someone yells "robin," that would be ten points, but if they say "a bird," that is too generic, they would only get five points. If someone else knows that it is a robin, they can earn the other five points by saying "robin."

Two side notes: It must be decided ahead of time if the group of animals is counted as one, or they can count each animal. For instance, does a gaggle of geese count as twenty, or just one? Also, you will want to decide how to handle two people spotting an animal simultaneously to prevent squabbling. 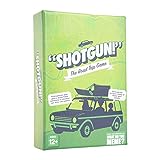 Shotgun! - The Hilarious Family Card Game for Road Trips - by What Do You Meme? Family
Buy Now

This game can either be played independently of the wildlife game or in conjunction. It has many of the same rules, except instead of shouting the animal, you must yell, “Roadkill: (Name of Dead Animal).” Like in the wildlife game, spotting the roadkill receives five points, and naming the deceased animal is another five.

Side Note: If this game offends you, I apologize; I used to get angry with my brother for insisting on playing this game. Now I find the humor in it.

This can be an entertaining, challenging game for those families who are music buffs. The game begins with the first station that plays music. Everyone listens until someone can say the song's name and the band's name. Each correct answer receives one hundred points. If no one can dispute the answer, they can assume it is valid. Once a correct answer is given, the person in the passenger seat changes the station until another song is found. This game goes on until the first person reaches one thousand points. That person wins!

The game's object is to start with 'A' and go to 'Z,' finding each letter on a billboard or street sign. When a person sees an 'A,' they need to shout, "A in (Word that contains an A)." The letter can be in the middle of the word, beginning, or end. No other player may use a sign once a sign has been used. The first person to the end of the alphabet wins! Have fun findings "q's," they can push the lead back if others reach it and find it first.

You may want to take turns for younger children, so they don't feel as discouraged. For instance, Mom does 'A,' Dad does 'B,' child does 'C,' Mom does 'D,' and so forth.

For older children, add a challenge by only using words that start with the letter. The one exception you will need is 'X.' You may want to decide as a family to skip that letter, or it must begin with the sound "x" as in "exit." 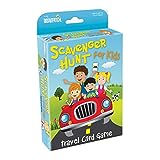 In this game, You can play it similar to the road sign game, but instead of finding your letters on a sign, you must find objects outside the car that begin with that letter. Some ground rules need to be set before you start, such as do you have to be able to see the object or does "A for air,' or "O for oxygen" count? Also, are adjectives allowed, for instance, "B for the blue sky?"

The game can become much more creative or go more quickly by adding ground rules. There have been a lot of giggles when adding adjectives which makes it easier for some of the more linguistically challenged children. The game is more challenging by not allowing them.

For older kids, compete by going through the alphabet simultaneously. No one can name the same object as another player if you do this.

For younger kids, or a more relaxed, quick game, take turns finding an object that starts with each letter. One benefit of taking turns is that there is a lot of giggling, especially when creative answers are found.

Slower game: Play the Alphabet Game with a theme if you want it to last a while. In this game, you take turns, and when the last person gets to 'Z,' the next person starts over with 'A.' Once someone cannot find an object with their letter, they are out, and this goes until no one is left.

More Alphabet Games for In the Car

This alphabet game is a lot of fun and similar to the first two games. Unlike the previous games, you are not looking for a letter. Instead, you must think of an object that starts with that letter. Before you begin, your family needs to choose a theme. Many great suggestions are:

You can be as specific or as broad as you choose to be. For instance, you can choose names of people for an easier game, or in order to make it harder, you can only state male names. My daughter and I have even decided to do only two syllable male names, to add extra brain power. Depending on the topic, you may choose to have the more difficult letters, such as Q or X, be optional.

In this game, you need to take turns. The first person will have 'A,' and the second 'B,' and so on and so forth. The game continues with each person taking a turn until someone cannot think of a name in that theme. Once a person gets to 'Z,' the next person starts over with' A,' but cannot repeat an answer from the previous rounds. Once a person gets stuck, they are out, and the next person takes their letter. If that person cannot think of anything, then they are out. The game is played until one person is left and they can name an object with that theme on that letter.

Games on the Go by Continuum Games 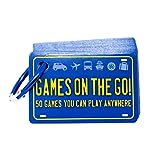 In this game, there are not any winners or losers. It is just plain fun. The object is to tell an exciting story, one word at a time. The first person always begins with “Once,” the second word is always, “Upon,” then, “A,” then, “Time.” Each person says one word at a time to tell a story. This can lead to lots of giggles and fun!

This game is lovely, especially with competitive children on a very stressful day. As the game suggests, the object is to be quiet the longest. Whoever makes a sound first loses; this includes giggling, loud yawns, sneezes, coughs, sniffles, passing gas, etc. This does not include scratching, itching, kicking, or noises done outside your body. This can often lead to long periods of silence if you have children determined to win or lots of laughing for those who can't resist making noise. 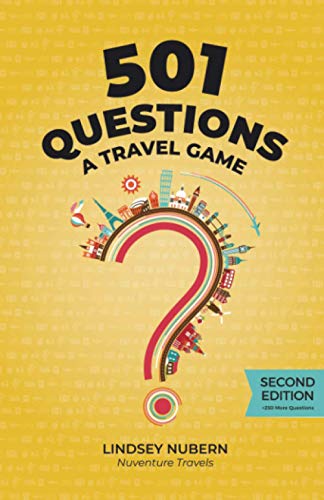