Taking part into the local maritime industry, The Royal Dragon Ocean Transport, Inc., started planning its maiden venture on the shipping world with an initial launching of new-building ships being assembled at Ningbo, China. It is composed of 10 LCT (Landing Craft Transporter) vessels plus 2 tanker vessels.

As early as September last year (2011), this sister company of BJ Mercantile, Inc.(located @ Balintawak, Quezon City, just near LRT terminal), under the ownership and management of Gucheco and Lim, bravely announced to target as the top local shipping for the next five to ten years.

The think-tank personnel, which is composed of equally young, talented and dedicated seafarers themselves provided the sweat and blood as they formulated the company policies,procedures of operation and the hiring of equally interested seafarers from its host manning agency, the veteran NAESS Shipping Phils.@ M. Leon Guinto, Malate, Metro Manila.

A newbie in the shipping intricacies, with a lot of opportunities being sighted, the potential of local shipping became the main agenda of ROYAL DRAGON.

In fact, the setback of pulling out their first 8 vessels from its first shipyard in China just to expedite its construction, then moved to the second shipyard to meet the target of the company was the first move in order to provide inspiration to the newly hired and veteran sailors who wanted a change in atmosphere as they are going to try the local waters amid the backlash in their salaries when compared to the international scene.

Other shipping companies acquired second-hand vessels, but this company braved the crest and troughs of the waves in Philippine Maritime industry as they successfully first laid their initial triumph.

And now, the much-delayed flight of the seafarers to be assigned on the first 4 LCT vessels (being postponed since February, 2012) will see what's inside of those finished ships from the Ningbo shipyard.

Sailing under the Sierra Leone flag, because of so-much red tape or delayed transactions due to bribes at POEA, a five to six day voyage from Shanghai, China to La Union, Philippines will test the first batch of seafarers if they can be trusted to act as vanguards on the seaworthiness of the said vessels.

Implementing at least the minimum standard of International Maritime organization (IMO), the company with its head office at Barangay Udiao, Rosario, La Union, pledges its commitment to the international laws on the observance of safety regulations.

Once the conduction teams who will go on board those initial 4 LCT vessels and transported it safely to the Philippine waters and completed all the requirements and paperwork needed for local sailing and conduct business to its charterers, this will be the start of successful operations the company wants to attain as those vessels load and transport cargoes in the archipelago's waters.

What this sailor had just narrated above were in fact the news, words and messages from the Royal Dragon's management team.

Headed by the the General Manager Edward Gocheco, he said that the company is still a 'bagito' in the shipping industry but is looking forward to become number one on the next five to ten years, from interisland, far east and perhaps worldwide.

Mr Gocheco, who's already 17 years in the company is optimistic as he reiterated that "We should all help to look out for each other. As part of the management, we want our people to grow with us".

He highlighted what the other staff explained to the sailor and fellow seafarers the vision of this new player in the shipping field.

As Captain Hanziel Rosete, 32 years old (Operations Manager and DPA -Designated Person Ashore) and fellow master Christian Belleza (Superintendent) attested if all the trusted and hired seafarers of the company will always follow safety on board, Royal Dragon will truly emerge as one of the top players in the Philippine maritime industry on the coming years.

What the Meiling 7 officers and crew learned about the company inspired them to try local sailing.

"There's no difference between domestic and international vessel. we still need to follow safety, not for the company but for the crew in order to avoid disasters in the seafaring company," as Captain Rosete said.

For the conduction and operation of the vessel, the attending crew were briefed on the following aspects"

What's in store on the operations of LCT vessel?

Royal Transport's LCT vessels are chartered to transport and unload Nickel ore as its official cargo in the Philippine waters.

Once it is successfully tested on China waters back in Ningbo, China and passed inspection by both the owners and other stakeholders as performed by officers and crew, then it will travel for about a week until it anchored first at La Union anchorage.

The change of flag, from Sierra Leone's to Philippines will follow and the inspection of pertinent ship's documents.

Factors to be considered during maiden voyage are:

Still all the documents -certificates, permits and license- are not yet in itself considered as safety standard. it should and will always be rectified as the Flag administrator (FA-MARINA) instructed to do so.

One LCT vessel usually sail from 5.6 knots up to 10 knots/nautical mile or the weather condition will deviate its regular course.

As this sailor hopes to travel the country, his courage will be tested on the rough waters of Surigao and Agusan in Mindanao as its vessel will load its cargo there.

Aside from it, cape-size vessels will perform ship-to-ship transfer to all LCT vessels of the company.

And this sailor had to market every Friday and get a boat ride from the charterer's service boat and be back to the ship the next Monday.

Isn't it nice to be a sailor? 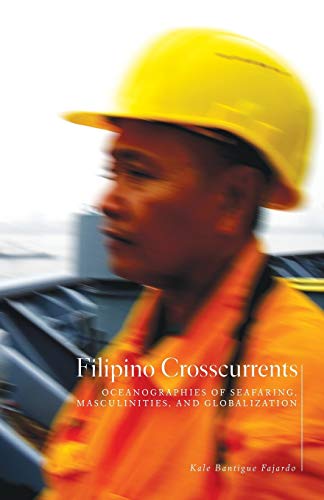