Safe and Sensible Travel in South Africa, The World Cup 2010… Or Anywhere, For Anything

So many people have made comments about travel safety and of late this talk has been centred on the World Cup. The frequency and pitch of this chat has been especially high as the latest venue is to be South Africa, a country notorious for its’ chequered past, apartheid era and for the amount of violent crime it has experienced.

As a tourist to South Africa there are a few simple rules to remember. These rules aren’t complicated and can even be applied to travel in a wide range of countries and in some cases, even apply to the country, or city, that you live in. The aim of these rules is not scaremongering.

You should never allow fear to stop you from basking in the sunshine of new experience. What you do need to make sure of, is that reason stops you from getting sunburn…

Think about where you live, is the city that you live in perfect? The big money will always be bet on “No”. There will always be parts of your city that you would probably not like to venture alone into; there are some streets that you just won’t use after dark. There are places like this everywhere, New York, Glasgow, London, Sydney, just ask someone who lives there and they will be sure to warn you about some danger zones.

Well the same applies to South Africa, there will be an abundance of safe locations that will amaze and entertain you. You will see examples of native culture, go shopping in enormous malls and love every second of it. However, listen to the locals, stick to mainline routes unless you are a seasoned traveller and always avoid places that sound too good to be true. 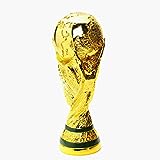 Not Everyone Is As Fortunate As You

You may have spent your life working hard and reaped the rewards as a result. You have spent the time slaving away at your desk so that you can afford nice things, jewellery, technology, gadgets and cars. That is fantastic and you are more than entitled to the things that you have earned but just remember not everyone is the same.

The years of apartheid in South Africa forced the non-white population into poverty and stripped a high percentage of them of the chance for a decent education and this has had long-term ramifications. South Africa may have bled and fought for independence on the 27 April 1994 but apartheid’s dark stain will take generations to fully wash away. The combination of poverty and poor education often leads to a situation where people cannot get a good job (or sometimes even a bad one!). If they don’t have the money to feed their families or are even just jealous then if you wander around with thousands of dollar’s worth of jewellery and equipment then you become a big target.

In other words, leave most of the expensive stuff at home and substitute where possible. If you aren’t going to be making a lot of international calls home buy a cheap mobile for texts and when you get to South Africa then simply buy a local SIM card for communication while you are there. If all of your family has a cheap local mobile then you can keep in contact, which is another safety concern.

Take other considerations; swap large wedding bands encrusted with jewels for a simple gold one. Would you rather wear something simple for a few weeks or have your most priceless diamond rings at risk?

You could bring your laptop but do you really want to carry it around with you all the time? You could take your most expensive items of clothes but the country is dusty and airports can lose bags... Are you seeing the pattern yet?

This does not mean grabbing the camouflage cream and smearing your face in greens and browns, nor does it mean that you need to superglue portions of the local flora to your face!  The easiest blend techniques are to learn a little bit of the language, leave the bum bag at home and if you come from Europe try and catch a bit of a tan before you arrive.

Negotiate where possible, some establishments won’t allow you too the prices may well be fixed.  Just remember that in a lot of places, not just South Africa, there are often two prices local price and tourist price.  Don’t be afraid to say no to an offer and walk away.  Nine times out of ten the salesman will be rushing after you with a lower offer.  Don’t stop there; pick a price that is even lower….

This is the final tip and this one is the biggest. There is something to be said for the sunshine and holidays. It drops inhibitions and makes people a little more willing to be adventurous sexually and African culture has some strong sexuality built into it.

Remember the point about poor education? Well poor education means that vast portions of the population are unaware of the effects of HIV/AIDS. Even the South African President, Jacob Zuma has been famous for getting HIV facts wrong! During a trial he said he showered after sex with an infected woman as this "would minimise the risk of contracting the disease [HIV]".

HIV kills 355,000 people in South Africa a year and the infection rate is attributed to being as high as 1 in 2 people.

Don’t come home with one of the biggest killers on the planet. Don’t have sex with anyone but your partner while you are there!

South Africa is one of the most beautiful places on the planet.  The people are friendly, the wildlife is unique and in most cases the prices are cheap.  Do not deny yourself the opportunity to have the holiday of a lifetime.

Are you going to South Africa for the World Cup?