My First Trip To San Antonio

In my seventh grade year of school here in Kaufman, Texas - I had a teacher named Ms. Wesner, and she was the talk of the school. She was tall, blonde, thin, and rather attractive. I recall another teacher that I thought was more attractive than Ms. Wesner, but Ms. Wesner had a style that was very flashy, and she was the type of Lady that just sort of loved to be the center of attention, and that is where she thrived.

Ms. Wesner taught Texas History, and I made the honors roll for that. We super small town geniuses of the Texas Historical persuasion were gifted a trip to San Antonio, so long as our parents could pay for it, and mine could, did, and I went.

We went, and we did so by an airplane. I was too young to be scared of flying, and America was not to the point to where the media paints people as criminals for having guns. It wasn't a police state so visibly ran by cruel and inhuman non persons that are Corporations then. Every other pickup truck in the state had a gun rack plainly visible from the rear glass, and because of all the good men and women that could freely carry guns everywhere - we were much safer then. We felt safer. We were safer. We knew it.

Of course we chaperons and seventh grade geniuses went to see The Alamo! Heck yes we did! We rode a boat down the San Antonio River through the fancy and most beautiful part of that very old American city. We went to a museum, and I made pretty blond Ms. Wesner guffaw when the museum guide pointed to some artifact or another, and said that it was an authentic reproduction, and I suggested that the words authentic and reproduction being used to describe a thing was an indication of a lie.

My Second Trip To San Antonio

It was either 2005 or 2006 - I'm not certain any more. I'd been living at a drug rehab that was really a Christian Discipleship Ministry in Desoto, Texas - which is just a few miles West of Dallas. What you will find out while in Dallas is that there are so many large towns around and between Dallas and Fort Worth - that it's nearly just one huge city the size of New York City, really.

Anyway, I had been selling cars and trucks forDoug Stanley Ford in Desoto, Texas; and I was damned good at it. I look like some skinny FBI agent in a suite, and I find that I rather like dressing that way when I can find a reason to do so - I'm just good looking, and I get better looking every single day still. I can hardly wait for tomorrow!

But I wanted to be a truck driver, not a car salesman - I wanted to travel, and not have to worry about living in any one spot. I enrolled to go to CDL training school for the largest transportation company in the United States of America - SWIFT Transportation.

I checked into the motel where the Swift trainees stayed, and spied a beautiful young Mexican American girl. Somehow or another I had my swagger going that day - it probably had to do with the few thousand dollars that I had in the bank - would be my guess, but I made some pleasant chit chat with her, never thinking that she'd be going to Swift School too.

I've got news for you - there are pretty women out there driving eighteen wheelers!

The next morning waiting for the bus to school - she asked me if she could sit next to me on the bus, as she was sort of scared of the large group of . . . .rather boisterous potential truck drivers. Do you suppose I told her NO!?

I got kicked out of Swift school the morning of the first day. I learned something about Swift recruiters - they don't give a damn about you moving out of where you live or quitting your job - they are American Capitalist, and they do not care about anything but themselves. That's just what capitalist DO. They fuck you and everyone else over for profit - that is the definition of capitalism. The man never cared that I'd left stability for a shot at something else. He didn't care that I had some silly public intoxication violation within the past five years, and he didn't care that that would get me kicked out of the Swift School in San Antonio - He only cared that he got paid for the number of warm bodies that sign up for the class.

I got a room at the motel all to myself. I rented a sports car. Me and the sexy senorita went on a date, and spent a lot of my money on the River Walk. It's the single greatest place in America to take someone out for a date. Trust me on that one.

Are you looking for a place to take your loved one on a vacation? If you've not been to the gorgeous city of San Antonio, Texas - then you are truly missing out. There's not a finer or more beautiful city in the United States. San Antonio is the San Franciscoof the Southern United States. Once you've got your loved one with you on the River Walk, my friends - you're halfway where you want to be.

Charley Pride - Is Anyone Going To San Antone?

Despite how hot it gets in the Texas Summers - there is enough shade around the river walk to enjoy it on a hot Summer's eve. Just dress appropriately - don't wear much. I can't say for certain, or not - but I'm willing to bet that the San Antonio River has never once frozen over during the Winters - not along the River Walk where so many people work, and boats are forever going up and down for tourist, or persons who are so lucky as to be able to live there, and enjoy such fine natural and human constructed beauty frequently.

I can't say whether or not anyone or everyone who might be reading this has ever been to places like Lower or Upper Greenville Avenue in Dallas, Texas - or the West End in downtown Dallas, or even the infamous Deep Ellum near downtown Dallas. Anther place that comes to mind is the famous Sixth Street in Austin, Texas - well, the River Walk District of San Antonio is like all of those gorgeous places in that it's filled with restaurants, bars, gift shops, and tourist type places. It's a place where the young a beautiful hang out - sure, but it's a more quite place than any of those. You could say that it's classier, and on top of that - a river runs right through it, making it something like the Vienna of North America - only hotter, and with lots of Mexican Americans, African Americans - and whatever else you wish to call the lighter skinned persons that inhabit all of those places, and these places.

It's beautiful. I could talk about it for a month here - but there's no describing it without seeing it. I suggest that anyone, single or married - or just taken, if you will - young or old, at some time in their lives experience the beauty of San Antonio's River Walk. 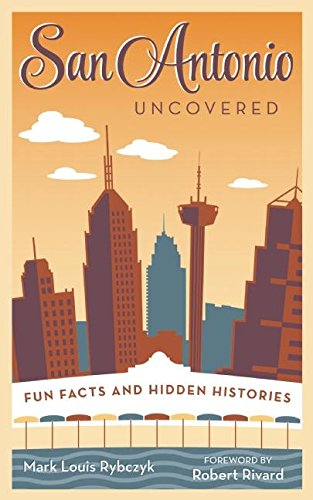