Swimming with Bottlenose Dolphins of Hawaii

Off to Find the Dolphin Pods

Swimming with the Dolphins While in Oahu

A couple years ago I traveled to the lovely Hawaiian island of Oahu. During my vacation I was determined to strike a dream off my bucket list. I wanted to swim with dolphins. The expedition left at 7am, we cruised the waters of the west coast for hours looking for pods. The objective was to find a pod, group snorkel the surface of the water, all the while watching the dolphins swim below us. We were in open waters with wild dolphins....what was I thinking. The experiences like that on TV and Sea World give us warm fuzzies and a false sense of security thus no fear to do this wild thing. My reality came into a clearer perspective when the boat captain informed us of the risks before we all took the plunge into the ocean. He said, "The risks of swimming in open waters are many. Contrary to public belief, dolphins do not necessarily come to your rescue in the event of shark encounter. Dolphins usually leave the area when there is a dangerous predator around so if you see the Dolphins leaving very quickly please swim back to the boat." Hmmmmm, what was I thinking? Not giving another thought to this madness, all 30 of us jumped in and layed on the surface of the ocean like human water beetles in awe of the fabulous creatures below.

Ready to Launch to Swim With Dolphins off shore at Oahu

Swimming with Wild Dolphins What a Thrill

Wild Mustangs of the Sea

The water was crystal clear and I could see all the way to the bottom as deep as 75 - 100 feet. As I floated in awe of my experience, a curious dolphin circled about 20 feet below me. I could not help myself as I held out my hand and tried to welcome the dolphin closer. It could have had its way with me at any time; but it just circled, looking at me with one eye as if trying to figure out what silly kind of creature I was. Or maybe he was deciding if my goggles were the right color for my eyes, a mystery I will never know. After about 10 minutes or so, he became less intrigued and rejoined his playmates below. It was one of the greatest thrills of my life. I knew right then and there that like the wild mustangs of the western states, dolphins were meant to ride the waves and soar through the oceans as free spirited mustangs of the sea. 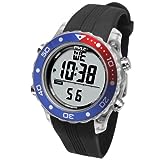 Where Do The Dolphins Come From that entertain us in captivity flipping and splashing all around the Globe?

Where do those dolphins come from that flip and twirl and splash all around the globe? Though I know many have been born in captivity and do not know any other way of life...does that make it right to hold them hostage? Does that knowledge cause us to believe we are doing the captive dolphin no injustice? Yes, we have learned much about our intelligent playmates and trained them to be our advocates in war as well as favorite vacation fantasy. When do we say that we have learned enough and stop the spectator bonanza.

Dolphins Blow Rings of Bubbles to Play With At Sea World...This Video is So Unbelieveably Amazing

Most of us covet some sort of love affair with the Bottlenose Dolphin. We vacation to swim with dolphins at fabulous resorts and in the oceans all around the world. We visit them at Sea World where these fantastic mammals attract huge crowds daily watching them flip and twirl out of water only to thrill us beyond any ride with a purposeful splash. As a kid, I loved to watch the TV show Flipper.I believe that TV series was the catalyst of the love affairs with dolphins that we share today. The shows trainer, Richard O'Barry, gave the world insight into the intelligence of our endeared mammal. He proved that human communication with dolphins was possible. I never stopped to think about where and how dolphins were captured from the oceans and turned into the proverbial carnival monkeys as I understand today.

The dolphin population has had many advocates over the years and many continue to protest their incidental killings through the method of fresh tuna harvesting. Many of us boycotted certain brands of tuna to regulate those trade markets in order to save the dolphins from harm. Save the dolphins bumper stickers have been marketing the streets for years. All the while the travel industry continues to spread brochures featuring all the dolphin experiences possible continuing to feed our fantasies and the love we share for this lovable creature and fellow mammal.

Let's Not have Flipper for Dinner

As mercury accumulates in the tissues of each progression of the food chain, the dolphin has the highest levels of concentration at the top of the food chain. Mercury poisoning is a serious threat to human health. It causes diseases known as Hydrargyria or Mercurialism. The accumulation of mercury causes toxic levels in the body that affect the brain, kidneys and lungs. Other disease related to high mercury levels in the human body are Hunter-Russell Syndrome, Minamata disease and Young's Syndrome in children. It is a very serious threat to pregnant and nursing mothers; especially for the unborn.

2004 EPA advised pregnant and nursing mothers to avoid consumption of some types of fish and shellfish known to contain high levels of mercury. The fish to avoid where shark, swordfish, mackarel, and tilefish. Eat no more than two meals (12-oz) a week of shrimp, salmon, light tuna, polluck and catfish. Albacore has higher levels so comsumption was reduced to (6-oz) per week. It was also advised to check with local advisories regarding streams, lakes and coastal areas if eating fish self-caught. It is always a safer method to consume only (6-oz) a week of all fish with unknown mercury potential.

As much as I love fish, I just could never have Flipper for dinner.