“Suddenly a bird's notes floated up to me from the bush that lined a stream at the foot of the hill on which the mission house stood: 'Boo-o-o, boo-boo-boo-boo-boo'. Clear and flute-like came the call. Beginning on a high, long-drawn note, it descended the scale rapidly, then rose again to a point near the beginning. Had the great god Pan come from Arcadia to blow his pipes among these African reeds? It was like the sound of water bubbling from some cool spring hidden deep in the bush. Further down the river another bird answered immediately. A third chimed in from a spot midway between the two, the a other and another, till the valley became a veritable orchestra of joyous sound.” - From Dr Basil Holt's Where Rainbirds Call (Howard Timmins, Cape Town, 1972).

During the past few days I have been delighted to hear what South African poet Douglas Livingstone called “the rainbird's liquid note” from the trees between our house and the next door neighbour's. It is the lovely call of the Burchell's Coucal (Centropus superciliosus), colloquially known as the rainbird, because it seems to call most often in periods of high humidity, leading to the belief that it foretells rain.

This bird is a shy but beautiful one, with lovely chestnut-brown back and wing feathers and a long, floppy tail with some marked bands in its upper parts. It does come into suburban gardens but tends not to show itself too readily. 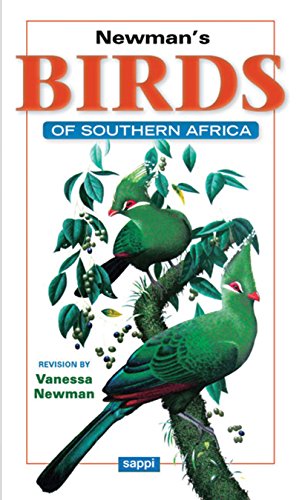 As noted by Dr Basil Holt in his book on the Transkei, Where Rainbirds Call , it is a bird particularly associated with the former Transkei region of the Eastern Cape Province of South Africa: “It may be true, as the bird books tell us, that it is found as far north as Tanzania and Malawi. I do not know. For me it is forever associated with the scenes of my youth: the Matiwane Mountains, shadowed and cool above Umtata, the deep recesses of the forest at Ngcwanguba, where old Tshiwo the Xhosa chief has lain buried since 1702, and the Mount Packard Mission that looks down the valley to the sea, where the ships sail by on their way to Durban.”

It is the eating habits of this bird that lead me to call it “nasty” - and I admit that is an anthropomorphism indeed. The Burchell's Coucal is a voracious bird which eats almost any prey smaller than itself, and it's quite a large bird, and is particularly partial to young nestlings and the eggs of other birds. For these it will frequently raid the nests of other birds and devour whatever it finds there, to the evident dismay of many of the owners of the nests. Not a nice thing to do from a human point of view, but it is after all a wild bird and will do what it has to to survive.

C.J. Vernon, writing in the magnificent survey of Southern African birds, The Complete Book of Southern African Birds , compiled by P.J. Ginn, W.G. McIlleron and P. le S. Milstein (Struik, 1989) wrote that Coucals are also sometimes the prey: “There are records of Burchell's Coucals being taken by eagles, and at the prey-plucking site of a Black Sparrowhawk near East London I found the feathers of an adult Burchell's Coucal.”

This bird is in fact found as far north as Ethiopia, in Kenya, Malawi, Zimbabwe and Tanzania. It is found in the highveld region of South Africa and to the north, as well as on the coastal regions from Maputo to the Western Cape.

The birds which have been delighting me with their music for the past few days seem to have found a home in the thatched roof of the neighbouring house. We have spotted three birds so far.

It is always special to see one of these birds, because they are beautiful and have an aura about them, no doubt partly due to their shyness but also to their rain-predicting reputation.

"The Rainbird" by Douglas Livingstone

One day you turned to me and said "Goodbye",

"We're all washed up," and "Better we should part."

Then as my spirit jerked and bobbed afloat

I drowned in unreality to lie

Upon a muddy world that leaned awry

Then from this depth I stood, absurd, remote,

Beneath a filmy sky

I paused to listen to my flustered heart

And heard instead he rainbird's liquid note.

I surfaced, walking with a firmer tread

And joined the rainbird in his mournful art,

but as the cricket in his plastic coat,

I gaily chirruped how my love was dead.