I’m fascinated by slang, southern dialect, and funny sayings. Since I grew up in the South, “Southern speak” is just part of life for me. Until I got old enough to read extensively, I thought everyone talked the way people around here did - except for those movie and TV stars. I can’t really include myself in this group of Southern dialect speakers – my mom was very precise about grammar and vocabulary, so I was expected to express myself accordingly. Even so, I slip into slang from time to time, and I sometimes use funny sayings and slang words that are rampant in the Deep South. I also have a pronounced southern drawl. Most Americans are aware that people from different parts of the country have their own regional dialect. What you might not realize, however, is that different parts of the South have their own individual southern dialects. There are numerous southern dialects. This is true even of neighboring states, and in fact, within individual states. This fact became startlingly clear when I compared my husband’s and my grandmother’s speech to my own southern dialect. Enjoy this romp through slang and funny sayings!

Granny grew up in Charleston and lived in both Charleston and Savannah as an adult. My grandmother was what you might call a proper Southern lady. I grew up listening to her stories of these two sister-cities, and I found them fascinating. Better than the actual narratives was the delivery. Granny had a lovely lilting voice and used a charming southern dialect. Here are some of her pronunciations and sayings:

Vegetable – This was a four-syllable word for Granny, although most of us in the South say “vejtable” – three syllables.

Battery – Granny used to talk about how they would stroll the “Bottery” on Sunday afternoons.

Blue jeans – To Granny, they were dungarees.

Granny was a huge fan of Clark Gable, especially in his role as Rhett Butlah.

House – hoose (I think this came from my grandmother’s Scottish ancestry – she was a Kilpatrick.)

About – aboot (I think this also came from Granny’s Scottish heritage.)

A bathroom or kitchen sink – a basin or wash basin

A closet was always a chifforobe.

A refrigerator was an ice box.

Any shirt worn by a female was a blouse – even if it was in reality a ratty tee shirt.

Granny’s bathroom was her lavatory.

She referred to both a beer and a bear as a beya. 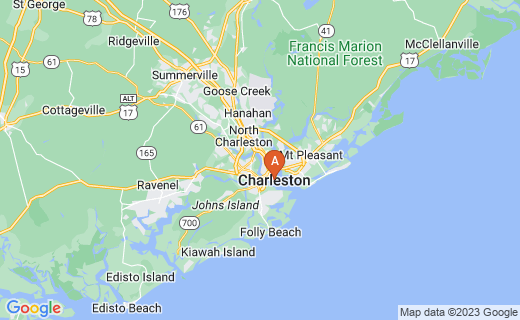 My husband, Johnny, is from North Carolina, and some of his words are very amusing to me and my Georgia friends. He grew up in Charlotte, but his family was from the Appalachians, so he speaks a sort of Hillbilly, which includes slang and pronunciation alterations. After meeting some of Johnny’s NC friends and relatives who hail from the same part of the state, I realized they all talk like Johnny! It’s definitely a regional thing – my relatives from a different part of NC don’t talk like this. So when I refer to NC below, I’m referring to just one section of the state:

- In Georgia, when we sink in mud, we bog down. Johnny mars up.

- To us, baby chickens are biddies. In parts of NC, they’re dibbies.

- We water our flowers with a water hose; Johnny uses a hose pipe.

- A large machine that moves dirt in GA is a backhoe. In NC, it’s a backhole.

- Johnny cuts out the lights.

- He takes a shire when he’s dirty.

- He cleans the grill with a war brush.

- He cracks the window when he needs fresh air.

- He was adopted and sometimes says he was an awphan.

- A considerable distance is a fer piece.

- Johnny works in the garden with a tral.

I’m sure as soon as I finish writing this, I’ll think of more interesting southern dialect from my grandmother and my husband. When I do, I’ll add more to this article.

I feel relatively sure that every culture uses some slang words. Maybe we just use more slang here in the Deep South. Or perhaps our slang is better known because it’s more unusual, more colorful, or more interesting. Some of the words and terms below can be considered slang, while others are examples of southern dialect – proper words that are pronounced differently in the South.

All gussied up – dressed up

Birdshot – an affectionate nickname for a child

Break bread – to have a meal

Carry – to give someone a ride in a car

Co-coler – Coca-Cola or any cola beverage.

Croker sack – a bag made of burlap

Crunk – drunk, in a festive mood

Dark-thirty – a little after dark

Fern – something or someone foreign

Fixin’ to – about to

Hay bear – a fictitious creature that causes shaking, nausea, and/or vomiting for those working in the heat and humidity, especially when loading bales of hay

Heinz 57 – a dog or head of livestock with mixed breeding

Hen party – an event or gathering for women only

Laws – Lord or lordy, used as an expression

Mealymouthed – someone who doesn’t speak directly

Pot likker – the cooking liquid in a pot of vegetables that were seasoned with cured pork, usually sopped with cornbread

Oldmonia – pneumonia in the elderly

Reckon – to think or believe

Right smart – a fair amount of something.

Run – a small stream or creek

Sass – to talk back to

Scooter-pootin’ – cruising or riding around in a car, with no specific purpose or destination

Sorry – lazy or good for nothing

Tarnation – a mythical place that’s often used in a question, as in “Where in tarnation do you think you’re goin’?”

These parts – this area

Urine – yours; something that belongs to you

Yonder ways – a direction, usually accompanied by a hand or arm gesture

What’s the reason for the southern dialect? I’ve done a lot of research on this. I’ve read a lot of theories and have listened to college professors and linguists offer their ideas. The experts don’t always agree, but the general consensus seems to be that the southern dialect is closely related to the vernaculars of Scotland, Ireland, and parts of England – the ones spoken in the 1600s through the 1800s. Most of the South was settled by immigrants from the countries I mentioned, and once the immigrants got here, they often remained isolated on plantations or in remote areas of the Appalachian Mountains. Some of the same terms are still used today, like "hootenanny," a Scottish word. Many of these communities were made up of extended families and/or of closely knit groups, so they weren’t influenced much by outsiders. And that included their dialect, slang words, traditions, and customs.

Southern dialect and slang were also influenced by African slaves. In some southern communities, and on almost all the plantations, black slaves far outnumbered white inhabitants. Some southern slang came directly from African words, like “tote,” for example.

Why do southerners talk so slow? Well, I have my own theory about that. I think it’s the grits! Have you ever tried to talk with a mouthful of hot grits? Give it a try sometimes. You’ll develop a southern drawl, too. It probably won’t make you speak southern dialect, however. And you probably won’t come up with any southern sayings, either.

I think the South is known for some pretty funny sayings. Actually, I’m sure most parts of the nation and perhaps even the world have their own unique colloquialisms, but southern sayings are special to me because I’m a daughter of the South. Below are some funny sayings I’ve been hearing my whole life. Some are self-explanatory, while a few have even me scratching my head!

I hope you got a kick out of these funny sayings and my examples of slang and southern dialect! If you know some other interesting southern sayings, please share them in the comment section. In fact, they don’t have to be from the South. Heck, they don’t even have to be from the Unites States. I do ask that if the funny sayings are in another language, please translate them for those of us who speak only English so that we can enjoy them. If you know of some more southern slang, I’d love to hear that, too. Also, I ask that you not be too quick to judge us southerners as dumb and ignorant. Some of us are actually of or above average intelligence. I sometimes think that many of my fellow southerners just enjoy being thought of as “colorful” and “different.” Perhaps that’s the reason why funny sayings and slang are so widely and so often used here in the Deep South.

Read more about the South: