Claudette Carter has been a writer for more than 30 years. Graduated from Widener University and enjoys focusing on positive things in life.

Our vehicle travelled through the splendid Smoky Mountains of North Carolina during a family vacation. Clouds hovered on the top and even in the midst of these mountains. The view bedazzles your sense of sight, into a spellbinding experience of pure awesomeness. There was a mythical feeling that we were heaven bounded as the sky turned into these magnificent shades of blue. Our determination to captivate this impeccable sight on film, caused my family and I to stop at the Metcalf Overlook, on the way to Waynesville. Without a doubt, these Smoky Mountains are just one of Jehovah God's most fascinating creations within the United States.

Any of the locations within the Smoky Mountains of North Carolina, would be a perfect place to visit for a relaxing, scenic and nutritive getaway. Our family decided to visit for a second time Waynesville, a town in the county seat of Haywood County, North Carolina. It is "located about 30 miles (48km) southwest of Asheville, between the Great Smoky and Blue Ridge Mountains," described Wikipedia. Within this mountainous little area, a population of 9,789 was mentioned for 2012. Waynesville, consist of 7.76 sq. miles with an elevation of 2,752 feet. Such major retailers as Walmart, Best Buy, Belk, PetSmart, Michaels's, Verizon Wireless and Citi Financial are located in the business district. On Russ Avenue, there are numerous restaurants, retail stores, auto dealerships, banks and grocery stores. Reasonably priced hotels such as Old Stone Inn Mountain Lodge, Fairfield Inn Suites by Marriott and Best Western Smoky Mountain Inn, can cost from $89 and up per night. Places for a family night of fun can include the Diamond K Dance Ranch, Springhouse or Maggie Valley Opry House, Maggie Valley Carpet Golf or Sky Lanes for bowling. You can also enjoy a genuine Jamaican meal at One Love Restaurant, as you listen to the sounds of a band called, Acoustic Mayhem that features Joe Cochran and Jim Rigg. These two men combine country and jazz music to create their intriguing sounds.

Waynesville, North Carolina "is located just outside the Pisgah National Forest and is close to the Great Smoky Mountain's National Park of the Blue Ridge Parkway. Waynesville and Haywood County are part of the four-County, Asheville Metropolitan Statistical area, currently the 5th largest metropolitan area in North Carolina. It is the third largest town in the MSA behind the cities of Asheville and Hendersonville," stated Wikipedia. The climate varies with record highs of ninety eight during the day and record lows of twenty-two. Average days of snow can be seven point six. During the summer months of June through August highs can be in the eighties and nineties during the day and in the sixties and seventies at night. In the higher elevations of the mountains at night, it can get quite cool. A light sweater or jacket may be needed when you pack even during the summer months.

National Recognition Due to Political Controversies

"Waynesville, attracted national media attention in 2005 when Chan Chandler, the pastor of East Waynesville Baptist Church, expelled nine church members because they had voted for John Kerry, the democratic candidate in the 2004 United States presidential election. Forty other members of the church resigned and the pastor was eventually forced to step down under pressure from his congregation and other members of the community."

The award winning writer Charles Frazier, creator of the popular novel Cold Mountain was developed into a major motion picture. This movie was filmed fifteen miles southeast of Waynesville within the Pisgah National Forest. This film was produced by Miramax Films in 2003. "Some scenes of the 1996 movie My Fellow Americans was filmed in Western North Carolina with such actors as Jack Lemmon and James Garner on the popular Russ Avenue in Waynesville. Actor Gig Young, whose real name is Byron Elsworth Barr is buried in the Green Hill Cemetery."

A Quite Getaway With Family and Friends

Our vacation in Waynesville, North Carolina was quite intriguing. Some days, we met local residents while sharing encouraging thoughts with them from the Bible. Many were hospitable, respectful and open minded to God's word. One afternoon, we took our vehicle up to this extremely high mountain, where our friends had rented a large beautiful log cabin for the week that was uniquely situated beneath the clouds. We were thankful to see so many beautiful mountain ranges that surrounded us. It caused me to thank my Heavenly Father Jehovah for his creative beauty and majesty. Afterward, we ate southern style barbeque with friends and played picnocle. Our meal included barbeque pork ribs, chicken, macaroni and cheese, corn on the cob, a variety of spicy sausages, rolls, peach cobbler and sweet potatoe pie for dessert. This was one of the pinnacles of our vacation, to enjoy delicious food in one of the most beautiful places in the world. The only problem was getting down from the mountain top at night. We were confronted with twist and turns that were very difficult to comprehend due to the height we had travelled. A sigh of relief was given by my family when we reached the bottom of that mountain. We were also able to catch the movie #The Butler, starring Oprah Winfrey and Forrest Whittaker. My reviews were mixed as to the effectiveness of some characters in this movie. It was still a nice evening out with my family.

A pure demonstration of southern hospitality was presented to visiting friends and family. We received a delectable buffet of food at the local Kingdom Hall that is nestled at the base of the mountains in Waynesville. Various animals nourished themselves on grass within a fence next to the hall, as we took final photographs with our beloved friends. On Sunday morning, we stopped in Asheville, North Carolina to be spiritually refreshed for the long trip home at the local Kingdom Hall. Southern hospitality and genuine brotherly affection was demonstrated once again, although we had never met any of these friends. What a true source of unity and love regardless of race that Almighty God Jehovah, has given his people. I thank God daily for this genuine embodiment of love.

On our way back home, we travelled through the Smoky Mountains as clouds lingered in their midst. A profound appreciation overcame me once again. Our small vehicle had infiltrated greatness. These majestic creations were here from the beginning of time. It is our responsibility to demonstrate respect and appreciation, in the presence of these awesome sites. We are fortunate to be able to visit and behold these legendary creations that are right here within the United States. I am still impressed whenever, I have the privilege to see the Smoky Mountains of North Carolina. 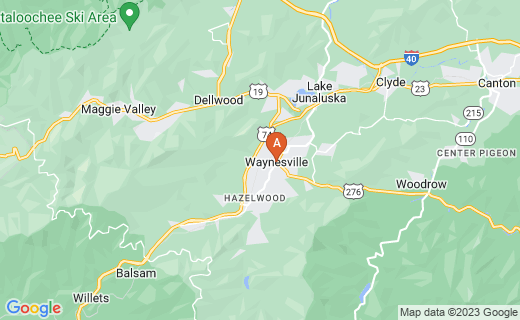 Have you ever visited the Smokey Mountains in North Carolina?

Do you enjoy visiting such places as the Smokey Mountains?

Go to the website below to read the powerful article “Refugee Crisis-Millions Flee Ukraine.

Great Smoky Mountains National Park, USA in 4K (Ultra HD) based on video from YouTube of Amazing Places on Our Planet.