St. Magnus Cathedral is located in the Northern part of Great Britain. This Romanesque structure was built for all the bishops serving in Orkney. The construction began in 1137 which was founded by Earl Rognvald in memory of his Uncle St. Magnus. Upon the building of the Cathedral, it became a part of Archdiocese of Nidaros in Norway. Few years later, the town of Orkney became part of Scotland. Later on, King James III of Scotland awarded the Cathedral to the people of Kirkwall.

16 Inside Highlights of the St. Magnus Cathedral

Many believed that the first group of stonemasons, who worked on the structure, were trained at Durham Cathedral in the Northern part of England. Over the years, many masons became a part of the building construction. As a result, these masons left their masons' marks on the Cathedral. Some of these marks looked like crow’s foot, plough and tongs.

It is a 17th century old wooden death notice paying tribute to Robert Nicholson, a skilled tradesman of Kirkwall. He was responsible for the cutting and installing of glass found in the Cathedral. Mort Brod is one of the oldest historical piece in Scotland. The piece showed an image of Death in a shroud carrying a hour glass and a spade.

The 14th century Cathedral Tower is supported by 4 pillars with metal ring on each pillar. It was believed that these metal rings were used by soldiers in tying up their horses.

In 1939, the bell was discovered from the remains of HMS Royal Oak, a battleship sunk somewhere in Scapa Flow, Orkney Islands. This brass bell is located on the North side of the choir aisle. The case holds a Book of Remembrance honoring all the casualties of the ship. On a weekly basis, Cathedral custodians turn the book.

The shrines of St. Magnus and St. Rognvald is placed in the choir. The choir is considered as the spiritual heart of the church and the oldest part of the Cathedral. Inside the square pillar is believed to be the bones of St. Rognvald.

The 13th century gravestone is found at the chapel steps. The carvings of the gravestone showed a morning star symbol and a sword. These symbols possibly represent a Templar Knight or a Crusader. Initials of C and P were added later.

The Cathedral’s east end part is dedicated to St. Rognvald, the founder of St. Magnus Cathedral. This part was redesigned by Stanley Cursiter, a famous Orcadian artist, in 1965. On the other hand, the lecterns, the communion table and the three statues of Kol Kalisson (father of the Rognvald), St. Rognvald and William the Old (Bishop of Orkney) were made by Reynold Eunson, a local craftsman.

The memorial of Dr. John Rae is located on the southern part of the place. While his grave is buried in the Cathedral’s graveyard. Dr. John Rae was a Hudson’s Bay Company employee, Canadian Arctic explorer and Northwest Passage discoverer.

Two Green Men lied on top of a column inside the Cathedral. One men on this carving can be seen with foliage coming from his mouth. Moreover, other carvings may also be found inside such as dragons, small hooded mischievous devil and squatting female figure.

It was believed the casket with a brass plaque mark contains the bones of St. Magnus. His remains were actually rediscovered inside the Cathedral during its restoration in 1919.

Located in the south wall is a stone arched opening which was called the notorious “Marwick’s Hole”. This dungeon served as an easy access to a room above the place. They often accused that the room was used for witchcraft activities of women living within the area. It was then filled in during the 20th century restoration.

In 1920, the windows were designed by Oscar Paterson, a Scottish stained glass artist living in Glasgow. These windows showed biblical figures, known saints and characters of Orkney’s Norse.

The arched tomb is located in the Southern wall of the nave aisle. It was believed that it held all the remains of Paplay family, a prominent clan in Orkney.

The decorative headstones covered different burials found in the nave. Eventually, all the remains were reburied in the Cathedral’s graveyard. These stones contained different carved figures such as crossbones, hourglasses, skulls, spades and turf cutter. The most famous among these is the full skeleton which represents Patrick Prince, a merchant.

In 1987, the colorful west window was installed to celebrate the Cathedral’s 850th anniversary. It was designed by Crear McCartney, a famous Scottish stained glass artist. The window contained images of Arctic Terns and Scottish Primrose.

There is no Entrance Fee when visiting the Cathedral's Graveyard and going inside the Cathedral as well. Though, the Society of St. Magnus highly encouraged visitors to make a donation. These donations can help the group to raise funds in order to ensure the preservation of this historical place.

No dress code requirement when visiting the place. The place is open for visitors of any ages. It can be crowded at times, as Orkney Islands has been one of cruise ship itinerary nowadays. However, it won't take more than an hour when taking a tour within the area.

Best Places to Visit in Europe 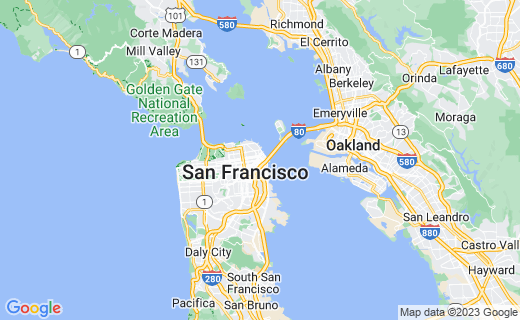 The Cathedral in Britain in the its most Northern Part.

The Second largest Island in Normandy.

The Home of the Beattles.

The one of the biggest shipyard in Europe.