This Country Has Several Spots Where You Can Stand In Two States At The Same Time!

All across the vast countryside of the United States, you will find all kinds of neat places for photo opportunities. If you're traveling in the summer, and the worlds largest ball of twine just isn't your thing - (which is in Cawker, Kansas by the way), maybe this will be for you! How about places throughout the United States where you can have your picture taken while you are standing with one foot in one state, and the other foot in another state? There, now that's more like it!

One place you CAN do that is right here in Nevada. It is at the famous Hoover Dam. You can find the exact spot when you are crossing the still somewhat new Mike O'Callaghan - Pat Tillman bridge that opened in 2010. This large concrete arch bridge allows travelers to go back and forth between Nevada and Arizona, and at one point on the bridge, you can stand at the state line marker with one foot in Nevada and one in Arizona. I know this, because I did it! Normally, when we have tourists visiting us here in Las Vegas, we take them to this spot for their photo opportunity as well.

Copperhill, Tennessee And McCaysville, Georgia... A Town... or Two Towns, Divided By A Blue Line

Yes, there really is a town that is divided by a blue dotted line that goes right through the middle of it. And it is found in the southeastern United States! This interesting town is McCaysville, Georgia... or is it Copperhill, Tennessee?

Here in this fascinating spot, a part of the town, on one side of the IGA grocery store parking lot, becomes Copperhill, Tennessee. There are also several other good spots where people can get their picture taken with one foot in Tennessee and the other foot in Georgia. But this town doesn't stop there. They do it up one better.

There is a bridge in this town where the river on one side is called the Toccoa River. The same river becomes the Ocoee River on the other side of the bridge. This historic old iron bridge was built back in 1911. I have a feeling that, back then, no one really thought much about what state the bridge was located in, or what side of the river was in which state. I have a feeling that there were more pressing issues of the day that the townsfolk were more interested in.

Another fascinating spot in town is a bar and restaurant called Patrick's Pub & Grill. The blue line marking the Tennessee-Georgia state line goes right through the bar building. You can have a drink at the front of the bar, where you are still in Tennessee.

Just don't dare take a drink anywhere near the kitchen or near the restrooms, at the back of the bar and restaurant, or you can potentially get in trouble. This half of the building is located in Georgia, and it is also in a dry county, in a place called Fannin County.

This town was - or is it these towns were - at one time more interested in mining. Today the main revenue for the area comes in the form of tourism.

Walking Down The Street in McCaysville, Georgia and Copperhill, Tennessee

Try To Stand In Four States At Once? Not Unless You Have Four Legs!

For the really adventurous, dextrous and nimble people among us, or for dorks like me, how about trying to stand in four states at once? It IS possible! Just go to the Four Corners Monument on the Navajo Indian Reservation and see the monument marker that notes where the states of Arizona, Colorado, New Mexico and Utah all meet.

Have fun seeing all those silly kids trying to pose for pictures with their feet in two states, while their hands are in the other two states - at the same time... oh wait, that could have been me too... never mind.

The visitor's center at the Navajo Indian Reservation offers a fun side trip. You can watch Navajo artisans as they skillfully create unique items, try traditional Navajo food or look at the jewelry and items created by craftsmen and women that are available for sale there.

Near the four corners monument are also several other interesting attractions like the Canyonlands National Park, the Arches National Park, Monument Valley and Mesa Verde.

Museums To Visit Near Texarkana

The Town Of Texarkana

The post office is the only post office in the country that is actually situated in two different states. And in an interesting side fact, the courthouse is the most photographed court house in the country, after the Supreme Court in Washington D.C.

Prosperous times came back to the area once World War II started. The town's economy got a huge boost from the railroad lines, but also from agriculture, growing crops and timber.

In the 1920s a new theater opened called the Perot Theater. Famous performers like Annie Oakley and Will Rogers performed there. Having performers come to the town was pretty common. They would come, set up temporary tents for housing for a night or two, do their performance, then leave again. Similar to the way some musical acts still do today, only they use Prevost buses and hotels instead of tents.

Visitors to Texarkana love the opportunity they find here to have their photo taken, with one foot in Texas and one in Arkansas. There are also several nice museums that provide entertainment, and of course, the only post office in the United States that is really in two states. You don't find that every day! 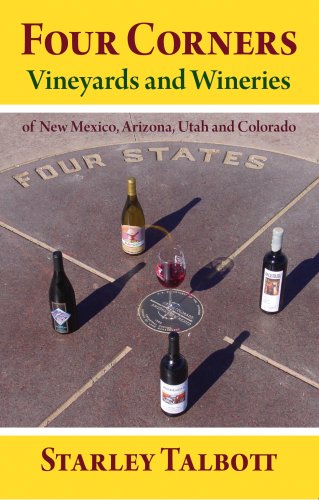 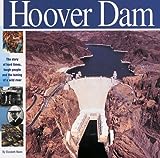 The Hoover Dam: The Story of Hard Times, Tough People and The Taming of a Wild River (Wonders of the World Book)
Buy Now