Switzerland is divided into cantons, and each region has its own diverse cuisine and landscape. From beautiful mountainous areas to peaceful lake shores to fertile valleys, this country has a lot to offer. Switzerland is a fabulous place to travel to, and easy to eat your way through. If you ever plan on taking an eating tour of the country, hopefully this guide will help you choose what to order.

I have been to Switzerland twice, staying to live for a year the second time I went, and had a fabulous time trying all of the different cuisines. As I follow a mostly vegetarian diet, I did not experience all of the famous dishes, but I definitely did my best to learn about them. I lived in the Zurich canton, which ironically enough is known for its meat dishes. No matter which area of Switzerland you are in, the dairy is divine—yogurt just isn’t the same after you have tasted it there.

I actually didn’t care at all for the taste of cheese until I moved to Switzerland, and am now a cheese snob.

The Art of Swiss Cuisine

This canton is well known for its fruit and vegetable dishes. Geographically, Aargau reaches as far as the Rhine River, so fish is also a popular dish. If you are travelling to Switzerland in August, visit the city of Rheinfelden for the Fishermen’s Guild cookout for a feast of Rhine fish.

This is the dairy region where the deliciously famous Appenzeller cheese comes from. The Appenzellers are known for their blunt, sharp attitudes. While visiting the area, you must check out a cheese factory. Not only will you see how the giants rounds of cheese is made (and enjoy the smell - ha ha), but you can also sample the goods at one of the restaurants.

Basle is a rich and scholarly city, and has been since the Middle Ages. The entire country of Switzerland is beautiful, but Basle has something especially worldly about it. You can find some amazing gourmet cuisine in the area, as well as simple meals that taste superb. If you are lucky enough to be a guest at a Basle home on New Year’s Day, you will most likely be served a glass of hypokras, a traditional spice wine.

The Emmen Valley is commonly known as “cheese country.” The people of this area are adamant about preserving its local cuisine, like the Bernese Platter. This dish is served on Metzgete (slaughter day) and contains an array of smoked pork, pickled pork, shank, snout, ears and tails, blood sausages, liver sausages, boiled beef, sauerkraut, and beans. Does it sound tasty to you? 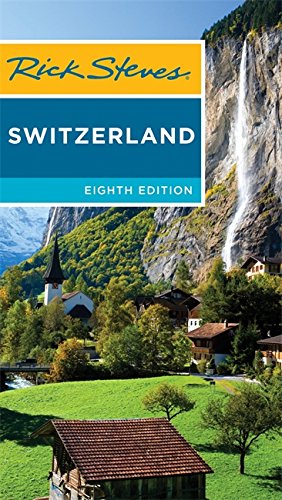 This canton borders the French and German speaking areas of Switzerland, and is a melting pot of traditional specialties. It is a region of bests – the best milk, thickest cream, sweetest butter, tastiest cheese, best ham. The Freiburgers celebrate with their bests cuisines every fall with the Benichon, a feast of thanksgiving.

The cooking from this area is a combination of French influence and a traditional, rustic cuisine. A wonderful time to visit the city is during the annual celebration of Escalade, which memorializes an unsuccessful attack on Geneva in December of 1602. Legend says that a brave woman poured a large pot of hot soup on the heads of the enemy, and saving the city.

There isn’t much to say about this canton, except that it popular for a pie made from Pâte Brisée, spread with plum jam and almond paste. The Glarus fruitcakes are also supposed to be quite tasty.

This large canton is known for its hearty cuisine. Common dishes are dumplings combined with vegetables and dried fruit. Another delicacy this area is famous for is the air-dried beef.

This canton is recognized for its country dishes. The city of Lucerne is also known for its delicate fish dishes and fancy pastries.

Forget the food, you must check out the cathedral—it is absolutely breathtaking. St. Gallen has always had close ties with its monastery, so it is surprising that its specialties were created by monks.

Popular dishes of this area are made from fish from the Rhine river, including grayling fried in butter and deep-fried pike.

This is one of the oldest Swiss cantons. Almost every recipe contains milk, cream, and cheese, so the dishes are rich. Schwyz is known for its cheesecakes, soups, and stews.

The food from this area doesn’t particularly stand out compared to that of other regions, but you can still find tasty dishes. 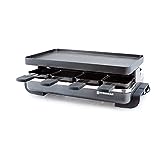 The cuisine from this area is simple and sparse. You can find small restaurants in the Ticino valleys, where you are served exactly what is cooked for the family. Modern Ticino dishes are heavily influenced by Italian cuisine, so you will find a lot Risotto and polenta.

This canton is abundant in fruit trees, and known for its fruit juice. Fish from Lake Constance is often prepared in the area.

This region is divided into Obwalden (upper) and Nidwalden (lower). It has a simple, frugal cuisine.

The cuisine from this canton often contains chestnuts, rice, garlic, and sharp spices in its recipes. Uri desserts are often made with dried fruit.

The Valaisian cuisine is one of the most popular in Switzerland. It includes asparagus, tomatoes, apricots, grapes, strawberries, apples, pears, and cauliflower in its dishes. Its dried raw ham and wine are enjoyed throughout the country.

This area is known for its excellent white wines, which are often served with the region’s sausage specialties.

Fish is a popular dish in this region, but it is also known for its cherry pie made from a biscuit dough soaked with kirsch (cherry brandy) and filled with butter cream.

This canton is known for its many meat dishes. This was historically an area of feasts and celebrations, so you can see many of the beautiful dishes displayed in the Swiss National Museum. Zurich is also known for its chocolate truffles. In fact, you must visit the chocolate factories (and their small shops) if you travel to the area.

Eating Your Way Through Switzerland

I did so much travelling while in Switzerland that I ate at more places than I can count or name. A few places have stuck out in memory though (not that I can remember their names). If you are in the canton of Zurich, try to get to the small village of Kleinandelfingen. This village has a wonderful restaurant that serves individual pizzas cooked in a wood burning oven. We used to take day trips there on our bicycles. The food is amazing. In Apenzell, you can’t go wrong with their version of macaroni and cheese—the local cheese truly makes it a gourmet meal.

Service in Switzerland isn’t exactly the friendliest, but you also don’t have to tip, so it balances out. After ordering a dish that specifically said it was boneless, my aunt bit down on a rather big bone. Our server merely pointed out that at least we knew we had been served real fish.

If you travel to Switzerland, I hope you enjoy yourself, experiment with foods, eat well, and send me a case of yogurt!