Links to a yesteryear saint and coastal ironstone mining industry

They began with building rows of cottages for the miners as well as a mine manager's house to the east. You can still see these on either side of the narrow road that leaves the A174 between Staithes and Hinderwell. In the small bay a harbour was constructed to handle the ore from Grinkle Mines for shipping to Jarrow, where it was used for ship building.

The harbour - or what's left of it - is now a watersports centre and the area is protected by The National Trust - the approach to the village is marked by its name on a National Trust sign - and the houses are still occupied (although what percentage of the occupants are descended from the harbour and mine employees is not known).

On a non-industrial level the bay is known to be a popular Jurassic site. This coastline between Whitby to the south-east and Saltburn to the north-west has an ample store of fossils, i.e., Dinosaur species, reptilian remains and much more. It is a Site of special Scientific Interest (SSSI).

A little more about the history: Sir Charles Palmer opened his first ironstone mine on part of his coastal estate at Rosedale Wyke. The coast of building the harbour here ran to £45,000, and the facilities were open for use in 1857. The harbour was built for the handling and transport by sea to Jarrow for Charles & George Palmers' blast furnaces on Tyneside. The steel made was for local shipyards ranged around the Jarrow Slake.

Originally named Port Rosedale, the harbour was renamed to avoid confusion with the upland mining area on the moors near Rosedale Abbey. The renaming to Port Mulgrave was in honour of one of the major local landlords, the Earl of Mulgrave (whose home was at Mulgrave Castle near Sandsend).

As the ironstone reserves around Port Mulgrave dwindled, Palmer opened a further mine inland on the edge of the moors at Grinkle (south of the Yorkshire village of *Easington). The ore was moved on a narrow gauge railway that crossed deep valleys on three wooden trellis viaducts and through two brick-lined tunnels to the loading gantry deck at Port Mulgrave. In 1916 the Grinkle mine was linked to the Whitby, Redcar & Middlesbrough Union Railway (WR&MUR), so the harbour was no longer needed.

A fire in the harbour destroyed the wooden gantries and in 1934 the remaining mechanical handling equipment was sold for scrap. At the beginning of WWII the north pier wall was detonated by the Royal Engineers to prevent its use by the Germans as a possible invasion landing.zone.

Nearby Hinderwell, once named 'Hilderwell' was named in honour of St Hilda, abbess of Whitby and sister of King Oswy of Northumbria. The legend goes that the village was gripped by drought at the time she passed through on her way possibly from Durham to Whitby. The local Anglians pleaded with the abbess to pray for water. Not long afterwards a spring appeared on land now owned by the church. Its waters are said to have healing qualities. The village of Hinderwell is about one mile inland from Staithes.

This walk links the village with Port Mulgrave and Staithes: start from the Serenity Caravan Park at Hinderwell and follow the lane opposite towards Port Mulgrave. At the clifftop look down on the harbour remains. The footpath - part of the well-marked Cleveland Way - veers through fields. The cliff edge is close here, so take care! Enjoy long views over the North Sea both south-eastwards and north-westwards. At low tide you can easily see the exposed strata below. The cliffs are sheer for much of the way, and keep away from the edge because underfoot is not always as solid as it looks. As you progress inland a short way you come through a farm. You have right of way, fear not. The track leads around and down to the back of the old fishing and trading port of Staithes - now just inshore fishing boats are worked from here - and a patchwork red tiled roofline presents itself as you descend steps first alongside a cliffside and then between cottages, houses and workshops. you come into the harbour at its eastern end. Turn left to see the harbour and small beach - at low tide only - as well as the breakwater at the harbour mouth. Cat Nab as you see it behind the western breakwater is what is left after a freak storm in the late 18th Century (around the time Captain Cook was cudgelled by a knobkerry wielding Hawaiian as the result of a misunderstanding). A subsequent 19th Century freak storm sucked out the roadway between the wooden baulks at the harbourside between the village and the Cod & Lobster Inn.

Whilst you are here you have a choice of break, between the Sea Drift Cafe that faces the harbour and the Cod & Lobster Inn (it survived the storm!). Firstly the Sea Drift Cafe, Seaton Garth, Staithes, Saltburn TS13 5DH offers hot and cold meals, drinks and snacks, contact them on 01947 541345. The Cod & Lobster, for those of you who might fancy a pint or something fortifying for the rest of your walk, it is at the bottom of the High Street, Staithes, TS13 5BH,

Take a good rest before embarking on the return leg. The steps up the hill will be felt on the way back to the farm at the top of the path after the steep steps. Turn and take in the ciew back into Staithes, breathe in and the going gets easier back to Port Mulgrave. You have a choice here, whether to go on to Runswick Bay or back to Hinderwell.

Going on to Runswick Bay? OK, follow the path around the cliff (I went inside the fence) and come out past the Runswick Bay Hotel. Five miles north-west of Whitby, Runswick boasts views south-east to Whitby from the headland. Here is a split-level village - as at Staithes - the Runswick Bay Hotel as I've mentioned near the end of the Hinderwell road. A number of houses and the newer part of the village sit astride the road by the road junction. One way from here leads south to Kettlewell and Lythe, the other inland to Hinderwell Across the way from the RBH is the large car and coach park, to your left is a path that leads past a row of B&B's to a footpath. Follow this winding footpath downhill, or use the roadway - your choice - but for my money the footpath is better and affords better views over the roofs of old fishermen's cottages. A narrow trackway leads to the headland with a white-painted cottage. This is where Alf Wight and his new bride Helen spent part of their honeymoon in the late 1930s. Alf Wight? James Herriot is the name you probably know him by.

The Runswick Bay Cafe behind the coastguard post and lifeboat house serves satisfying snacks (how's that for alliteration?) and meals to hungry walkers and tourists.

Sea defences were rebuilt in the late 1990s, and the boat rampart is in constant use, so watch out for regular users if you go down to the beach this way. Again, take care to consult notice boards or locals about tides. Runswick Bay has frequently been awarded the ENCAMUS Seaside Award and when appropriate the blue and yellow flag should be heeded!

The walk back to Hinderwell is about as long/short as it would be from Port Mulgrave or Staithes. There is also a bus service, the Arriva X56 from Guisborough via Loftus to Whitby stops at the road junction on the Hinderwell road.

*The 'Wykes' in the title refers to the steep sided inlets along the coast such as Port Mulgrave, Staithes and Runswick amongst others. The word originates from the Norse 'Vik'

Other pubs in Staithes, Hinderwell and Runswick: 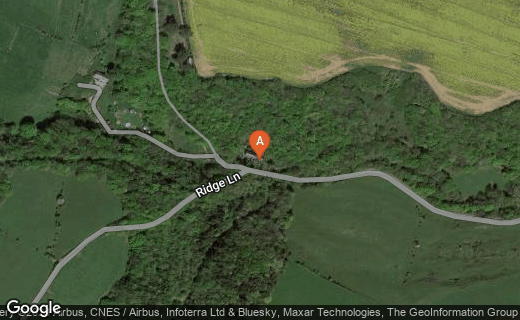 Mine workers' cottages and mine manager's house overlook the North Sea at Port Mulgrave, where iron ore from Grinkle Mine was shipped to Tyneside

Port Mulgrave, ringed by history, formed by nature into a rocky amphiheatre

David Brandon's thorough guide to what to see, where to go on Yorkshire's coast. Explore the wykes (inlets), the cliffs and bays, the contrasts between the long shore of Tees Bay, Whitby and Scarborough to Hornsea and Spurn Head and steep clefts such as Staithes and Hayburn Wyke or Scalby Mills. Well worth the outlay, even if you only sit and drool over the scenery at home with a drink at hand and your feet up.

Staithes - 'Steeaz' to the locals

On my way back up to the car park with time on my hands I stopped off at the Captain Cook Museum. Up a short flight of steps and into the lobby, pay a token fee on the face of it, and into a series of small rooms in what was once a sombre, stone-built three storey chapel. The little old lady who acts as curator has a mammoth task.

On three floors you see newspaper clippings, photographs of local people linked to fishing and the lifeboat service. Men here - as at Whitby and elsewhere along this coast - have given their lives to save others from when the first rowed lifeboats were launched (virtually back to the time of Grace Darling). It's all here, along with links to James Cook who came here in the summer of 1745. He was apprenticed at the age of 16 to the shopkeeper William Sanderson, (whose premises were close to Cat Nab when it was longer, before a freak storm after Cook's death snapped the cliff in half and took the shop as well as a few other premises with it). Befriending sailors and fishermen, he hankered after a life at sea and went to Whitby to work for the ship owner John Walker the following autumn, 1746. History was in the making when delivering coal in Limehouse, London eight years later, June 1755 he volunteered for the Royal Navy.

You won't want to go there if I tell you any more. Seeing's believing. I suggested adding a cafe room, at which she smiled and nodded. Who knows...