Mohamed Shalimar is a Freelancer. He loves to travel and read books. He is sharing his experiences with the readers.

I welcome you all to my hub. This article is about Oman, its connection with Islam, its history and geography, prophecies, major signs preceding doomsday, jinns or ghosts.

Salalah is located in the south of Sultanate of Oman, bordering Yemen. Salalah is a well-known tourist spot in the Gulf. Salalah Museum is very good. Prophet Mohamed(PBUH)’s sealed letter is there.

At Salalah, you can see the tomb of Prophet Ayub A.S.(Prophet Job in Bible). I advise you to drink the water from the fountain, which has lot of medical properties. The water is very cold and sweet. This fountain is mentioned in the Holy Quran, and in the Bible, as Job's fountain.

Tomb of Prophet Salih and Hud(PBUT)

You can see the tombs of Prophet Salih(A.S.) and Prophet Hud(A.S.) at Salalah.

Mirbat, a port city, is famous for fishing. This city is named after Mirbat, who is a descendant of Prophet Mohamed(PBUH). His tomb is also there.

Start of the World

Before the creation of Adam, jinns or ghosts, were created at a place called Bahla in Oman. When God wanted to create mankind, he created Adam A.S., at a place called Adam in Oman. Oman is the short form of 'Oh, Mankind'. ”Adn” is the original name of Eden, and the City of Aden in Yemen is the "Garden of Eden". When Adam and Eve were thrown out of paradise, they prayed to God, and they met at Mt.Arafa in Saudi Arabia. From there, this world started and on the day of resurrection, all the human beings will be assembled at Mt.Arafa. That is why, it is so important, that during hajj, everybody should be at Mt.Arafa and hence, Arafa day is called Hajj day.

Any article about Oman should include jinns or ghosts, and any reference to jinns should include Bahla, which is an old city, near Ibri. It is the birthplace of jinns or ghosts. You can definitely see ghosts in Bahla and in Nizwa fort. You can see jinns praying at Hijar mosque in Bahla. Ganapathy has elephant's head and man's body. Likewise, you can see jinns with human body and donkey's legs, there. Ghost nose is like a skull, their eyes are yellow and their legs are like donkey legs. People who want adventure in their lives can visit Oman and enjoy a lot. Braveness is essential. You can definitely see or feel about some ghosts roaming. 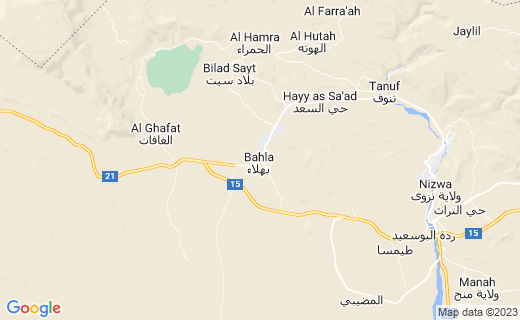 There is a place called Natef-Hasik, near the Yemen border, where you can see the sea on one side, and mountains on the other side. There, one tree is there, in the mountain. If you clap hands, water drops from the root of the tree. If you clap fast, water will fall fast and if you stop clapping, falling water drops will stop.This mountain is called "Water Mountain".

Prophet Mohamed(PBUH) told us that doomsday will not happen until the following major signs occur. The major signs are:

You can see Gog and Magog, also known as yajuj, majuj there. Oman's historical name is Majan and they refer to majuj. Yemenis are yajuj. Majans, the original name of Omanis, had historical links with Chinese. Mongolians are also called majuj. Christians believe that Gog and Magog are the lost tribes of Jacobites. They can be found in "Jebel Al Qamar" or "Moon Mountain" in Oman.

Dhulqarnain is normally interpreted as “Two Horns”, but my interpretation is, Dhul means “two”, Qarn means “Mountain” and Ain means “spring or blowhole or gate or wall”, which translates to "wall between two mountains" or "spring near two mountains". Based on my interpretation, I have found that Jebel Al Qamar mountains near Salalah, Oman are the ones in between which Dhulqarnain erected the wall, to save people from Gog and Magog, also known as yajuj and majuj. You can see the mountains filled with Copper, and inside with iron. It is amazing to ride in between the mountains. When doomsday approaches, Gog and Magog will be released from this place. You can see Jebel Al Qamar mountains while going from Mughsail beach to Yemen, by road.

At the start of Jebel Al Qamar mountains, near Mughsail beach, there is a cave called Marneef Cave, where we can see the "spring or blowholes". The Marneef cave rock itself looks like a person with a long nose, when viewed from 'blow holes or spring'. It might be the tomb of Dhulqarnain. Here, you can see ghosts coming and talking with us. It is a thrilling experience. Marneef cave is a must visit for ghost lovers.

Marneef Cave is almost corroded. Often visitors are scared to stand below the rock, because the rock may fall down, due to corrosion. My opinion is that, the world will last till the Dhulqarnain rock gets completely eroded, and by that time, the wall may be broken by Gog and Magog. Once released, they will start doing atrocities, and it is one of the major signs predicted by Prophet Mohamed(PBUH), preceding doomsday.

Scholars differ in their opinion about “Who is Dhulqarnain ?” Whether he is Alexander or Cyrus, The Great? In my opinion, Alexander, The Great is Dhulqarnain because Alexander has two horns, and he only travelled to the South, and Cyrus went only to the North.

The Release of Anti-Christ

Dajjal, well known as Anti-Christ, will be called "Masih or False Messiah". He is one-eyed, and blind in his right eye. He is crooked, and tied within the island called Masirah Island in Oman. Prophet Mohamed(PBUH) clearly told that Dajjal will come from the east. He will be also released from the Masirah island in Oman, signalling the approach of doomsday. 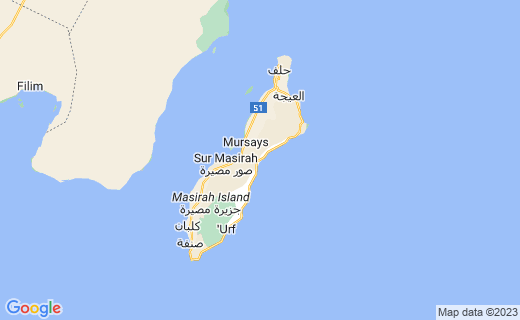 Prophet Salih(PBUH)’s Camel was killed at a place in Salalah. It will come once again from the same place where it was killed before in Oman, signalling the approach of doomsday.

Prophet Salih(PBUH)'s Camel Will Reappear From This Hole, Preceeding Doomsday

Sur is a city located towards the north of Oman. Sur, in Arabic, means trumpet. It is the place from where the Angel will start blowing the trumpet, signalling doomsday. 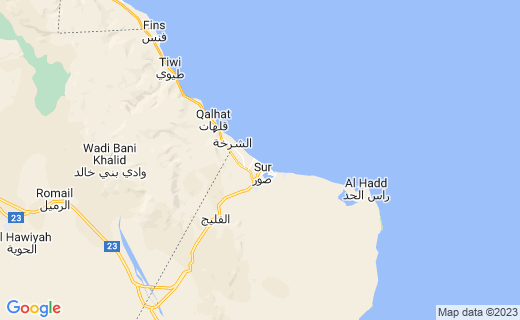 Muscat is a modern city. It is the capital of Oman. You can enjoy modern life there. Sultan Qaboos mosque is known for its architecture.

Which Gulf Country Do You Want to Visit?

Hope this article creates an urge to visit Oman.