About 5 miles from Gravesend on the river Thames is a stone fort built in the 1790’s to protect London from Dutch raiders, among others. The ground on which it was built is very marshy and in 1847 it was re-built into a pentagonal shape and equipped with 13 x 32 pounder cannons. The re-building work was completed in 1853 at which time the ground was found to be incapable of supporting such a structure so it was re-built again into a D shape with barracks and admin buildings. By 1904 it was considered obsolete and disarmed and stood idle until the Second World War when it was equipped with 2 x 5.5 inch guns. When the war ended the guns were taken out and the fort used for military exercises.

Now that is the dry facts of Shorne Mead Fort and it wasn’t until 1961 that it came into my world. At this time my life revolved around fishing, my bicycle and playing war games with catapults with my friends. The area surrounding the fort comprised of numerous water filled dykes teeming with freshwater fish so this was high on my list of weekend visits. The only access to the fort area was across a railway line then there was an old military concrete road which ran over the marsh. Because this road was some 4 miles from the army shooting range it was roughly where the shells that completely missed the targets, landed. Indeed the area was pockmarked with shell holes and the trees and telegraph poles were shattered by the shells passing through. Because of the danger the road was supposedly guarded, at the railway end, by army sentries who thinking this was a “cushy” job spent most of their time asleep. This allowed us to pedal furiously past them and down to the fort area either to go fishing or play on the ruins.

One day I went fishing on my own and having a bad day decided to explore the old fort. The army had obviously been playing war games and some of the explosions had revealed an old iron door in the stonework. It was partly open and with a little rock clearing I could squeeze through. It was pitch dark, cold and smelt damp inside, so I went back to my bicycle and took the cycle lamp and my pullover. Back through the door again the lamp showed I was in a long white painted corridor with various rusty brackets and chains and names and arrows on the walls. The corridor meandered on and every so often it was punctuated by large holes in the floor with rusty hoists and chains hanging. Peering down into the darkness it was obvious these were ammunition lifts from the magazines.

At the end of the corridor was door which had a staircase leading down to a lower level. Here was a large guard room, white painted as before, but with bleached wooden tables and odd chairs. On the wall were various posters obviously of WW2 vintage or before and a large hat rack with 3 or 4 tin helmets still waiting the call to action. There were three iron doors from this room one west, one east and another which led away into another long corridor. The door to the west just led into a large room which was probably just a store room. The door to the east led towards the river and the corridor was down a few steps and into 3 or 4 inches of water.

There was a sharp right hand turn and some hundred yards or so ahead I could see a slight glimmer of light. Sloshing through the water I headed towards the light source, being wary that there weren't any more holes in the floor hidden by the water. Ahead of me was another iron door half open and I went through into a large area lit by the sun through slits in the concrete wall overlooking the river. I was in one of the many pill boxes that were to defend the river banks. Subsequent reports suggest there is no access from the fort to these boxes but I can assure you there is because I have been there. There was no furniture in the room, just some steel cupboards (empty) and a newspaper dated 1941.

I didn't go any further as I was rather worried about how long my cycle battery would last. I went back to the guard room and tried the remaining door that seems to lead towards the river. The corridor was not white painted but grey slimy concrete, it opened out into a large area which had obviously contained machinery of some sort but was now empty. In the floor was set steel rails which led quite steeply down towards the river. After a few yards they reached water and the corridor disappeared downwards under the water. I had always heard stories that there was a tunnel under the river to a similar fort on the opposite bank some mile or so away, and this looked like proof of it.

I could do no more and my cycle lamp was starting to dim so I headed back towards the outside. Nearing the outside door I suddenly hear gruff shouting echoing down the corridor and was blinded by powerful torches. Rough hands seized my pullover and a voice, surprisingly gently, said “come on son we'll soon have you out of here”.

Blinking in the sunlight I was pushed through the doorway to where half a dozen military policemen stood. Apparently one of the sentries spotted me pedalling past, down the roadway as shells whistled overhead. A complete exercise of the Enniskillen Fusiliers had to be abandoned back at the range and their CO was none too pleased. My bicycle and I were shoved in the back of a Land-Rover and I was taken back to their HQ for a jolly good talking to! It was made plain, in no uncertain terms, that I should not talk about what I had seen and the Land-Rover took me back to the Gravesend road.

I visited the fort again only a few years ago. Pretty much of it had gone and the only part accessible from the outside was flooded with the lower floors now completely below water. What a shame that at that tender age I did not possess a camera as the official word now is that there are no lower floors and there is definitely no tunnel under the river. Makes me wonder even more what the big secret was (and still is !)

Tunnels and underground sites around Gravesend 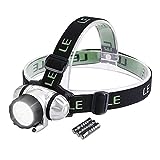 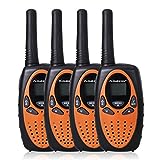