Where is this Paradise, Tavarua?

Tavarua is an island vacation paradise in the South Pacific east of Australia, New Zealand, and Papua New Guinea. It is a premiere surfing site that draws surfers from around the world. Since 2010, additional fees and limitations were lifted from the resort area surfing experience by the government in order to increase access for all and boost Tavarua's image as a world class surfing hub.

The Volcom Fiji Pro surfing competition is held annually during the first half of June at Tavarua Island on the Cloudbreak wave break surfing area (see descriptions below). This event has brought more attention and interest to Cloudbreak and the other several surfing areas around the island. Today, visitor numbers have increased and increasing numbers of visitors are learning to surfboard, bodyboard, stand up paddle (SUP), and to participate in a dozen related sports.

The Volcom Fiji Pro was named Contest of the Year in the 2012 TransWorld SURF Awards, present by Verizon. 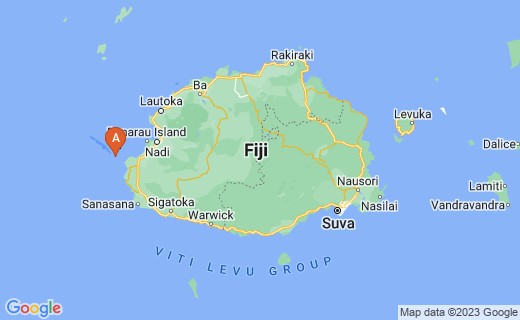 Number One Surfer In the World

In order to ensure safety, all the Tavarua break areas are accessible only by boat with a trained boatman and a working radio communications unit.

A large number of varied water activities are available at the the surf breaks on the island, except for motor boating. Some breaks are better for certain sports than others and guides are available to make recommendations.

Other activities besides surfing include bird watching, bodysurfing, scuba, sport fishing, snorkeling (especially to see the corals), SUP (stand up paddling), and kayaking. Some people just like to swim!

The resort area in the north of the 29-acre island also supports a swimming pool, a day spa, a workout room, a tennis court, a restaurant, and at least two bars. Thunder Cloud Reef or Cloudbreak -- One mile south of the island, this is the location of a left-breaking wave that is best attempted by experienced surfers. This is one major place where world class surfing competitions are held in the South Pacific. Professionals have recommended that everyone surfing here watch out for the reef. The most famous spot around the world for surfing, Cloudbreak has a web cam and logs of wave heights available at the links below.

Tavarua rights - Southeast side of Tavarua, this break is described as a fast right-hander that gets shallow at mid-tide, so caution is recommended along with paying attention to tidal schedules. It is directly across the island south of Restaurants.

Swimming Pools Break - A right break one mile to the northwest of Tavarua and very near Namoto Island.

Namotu Lefts Break - Waves can be anywhere from 6 to 15 feet in height. This is the place for world class kitesurfing and sailboarding, although surfers love it, too.

Wilkes Pass - Located a mile northwest of Namotu Island, this wave breaks right in the southern edge of a long barrier reef.

Desperations - This final break is a bit farther to the northwest of Wilkes Pass and at the top of the map of all Tavarua breaks. Some surfers say that it's name indicates that it is a last resort if all the other breaks are not creating suitable waves.

Distance calculations are based on the WGS84 ellipsoid using "geod", originally written by Gerald Evenden, then of the USGS (per "Information Please Almanac")

A couple of travel agencies offer tourest packages from Los Angeles or Honolulu to Tavarua Island.

The cost of transport from either of these two cities to the island for a Saturday to Saturday stay that includes three meals a day and a breezy air conditioned cabin called a bure that usually has two queen sized beds, is just under 4,000 USD for an adult and about half that for a child. Thereafter, the price is going to increase to around 5,900 USD per adult.

The population of the island is at last half Indigenous Fijian (likely Polynesian and Melanesian mix descendants, but possibly also related to Asian India) and these residents welcome the opportunity to meet visitors from around the world.

Reviews of the island vacation around discussion boards in the Internet are positive. Visitors find the people very friendly, the weather perfect, and the activities engaging and fun.

The US dollar is worth a little ore than two Fijian dollars, so American money has more purchasing power on the island than in the USA.

In the packages mentioned above, only a few costs are not included - travel expenses to the island from the final airplane landing, by boat, and other small incidentals. Tipping is not encouraged, but visitors can contribute to an employees Christmas Party Fund, if they like. One activity that has changed is that purchasing or gathering conch shells for removal from the island is no longer legal. The animals that have lived in those shells that are native to Tavarua are endangered and may need those abandoned shells for survival as they outgrow their own.

In my state, these conch shells were sold in find furniture stores for several years, then appeared in second hand stores and flea market stalls, and now may appear on eBay.

Any of the Golden Cowrie and Trumpet Snail shells you see are likely a group of shells that make the rounds between owners and sellers over the years and may be very valuable at this time.

You might see Kava served on the island, because it is a traditional beverage around Fiji and related to the pepper family of plants. As with any sort of pungent pepper fruit, Kava can also have side effects if used in over indulgence, like stomach disturbances and others. for these and other reasons, Kava is not sold in the USA or in some other large nations.

All natural, it numbs the tongue and makes the consumer feel more relaxed, without alcohol. In the native language, it is yaqona and it is the national drink of Fiji. It has traditionally been used at special culture based ceremonies and you might see some of these on Tavarua. 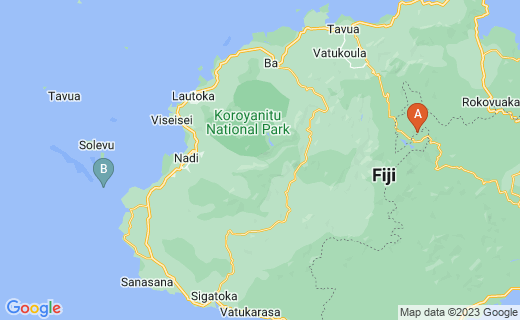 Just 54 miles from the large Fiji.

Some Birds of Fiji Some species of wildlife in the over 330 Fiji Islands live only in that area.

Considering fish alone, over 1,200 species of reef fish are found in and around Fiji waters. Two of the most recently found are both endangered: the Napoleon wrasse and the giant grouper.At the same time, Tilapia, which is a popular food fish, is an invasive species that needs to be eliminated from the area. The reefs themselves may be home to 300 different species of hard coral.

Over 10,000 species of native plants and invertebrate wildlife live in Fijian waters and they have all not even been cataloged.

Considering birds, over 100 species inhabit the Fiji Islands and you may see any of them at Tavarua. Look for parrots.

As for reptiles and amphibians, 30 species call the islands home, the most famous being the Crested Iguana. Frogs, geckos, and skinks (short-legged or legless reptiles) join the pack.

Many other species can be found in the islands or in the waters, including turtles, fruit bats, hawks, sea anemones, and others. You may also see dolphins.

Many cultures have a bell, a ram's horn, or gong, a triangle, or a shell with which to call people to dinner. Travarua has the endangered Davui shell (Charonia tritonis) that is blown like a horn. it is also called the Triton Trumpet Shell, named after the endangered Triton Trumpet Snail that lives within it.

The trumpet snail is now rare, but still lives around coral reefs in the South Pacific, preying on coral-devouring animals like certain starfish of the Tavarua area. The trumpet snail has become rare, because tourists like to collect the shells to take home, not realizing that the shells are actually houses.

Around Tavarua, visitors may also see the Golden Cowrie (Cypraea aurantium), which is a lovely golden snail and the Helmet Shell (Carciss cornuta ).

None of these three shells may legally be taken from the island any longer, so photography is best.

Designated fishing areas, reached via sport fishing cruise boats, are full of many species that can be caught and kept. These include Yellowfin Tuna (good for sushi, too), Mahi Mahi, Blue Marlin, Pacific Sailfish, Wahoo, Spearfish, Trevally, and many others.

The Garden of the Sleeping Giant

The Garden of the Sleeping Giant 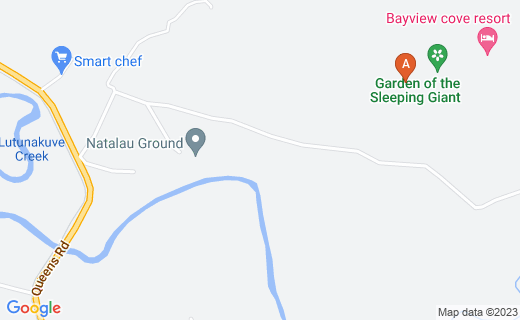