"Churam" is the Malayalam word for ghat. Hence, it is more prominently called Thamarassery Churam. Since it takes you to Wayanad, the ghat is also known as Wayanad Churam.

This Ghat Road connects Calicut (Kozhikode) with Wayanad on National Highway (NH 212). This is not a place coming under Wayanad as some thinks. It is in Kozhikode district. This wrong thought may be a reason for the Ghat to be known as Wayanad Ghat or Churam. The district Wayanad actually begins after the ghat and at a place called Lakkidi. You could see the welcome board to Wayanad, just after the top viewpoint of the Ghat Road.

The Ghat is not a tourist destination. It is just a road to Wayanad from Calicut beginning from Adivaram. Nevertheless, it has more importance and relevance than a tourist place thanks to its fascinating charm. You cannot stay anywhere here as it has no facility for that. Still the Ghat attracts hundreds of travelers every day. Starting from Adivaram and covering a distance of 12km the ghat road ends at Top View Point, Lakkidi. It has 9 sharp curves described as Hair Pins. I do admit I do not have a sound vocabulary to describe the thrill and pleasure of the wonderful journey through this ghat road. It is an experience, one needs to explore and experiment. The ecstasy you experience here would be something extra special and may be your first such experience as far as a road travel is concerned.

A video journey through the Thamarassery Ghat Road

A picture is worth a thousand words. It shows you the real charm, thrill and excitement. Look at some of the photos of the Thamarassery Ghat Road I uploaded here. I am sure these are tempting and illustrative. These snaps were taken by my close associate Mr Benny Sebastian. His impressive pictures reduced my writing job to some extent. Why should I share more when the pictures convey it all ! The journey covering 12 km will take minimum 30 to 45 minutes. You can alight at each curve (Hair Pins). It has been numbered from 1 to 9. Do a break journey allowing to click some good snaps of this mountain marvel. There are monkeys along the way to give you some interesting scenes. Your kids may be the happiest when they spot these animals. Please avoid feeding monkey as requested by the Forest Department. The monkeys may snatch your personal belongings. So take care about it.

The thick fog (Koda Manhu in Malayalam) is the real thrill of the ghat. It may cloud the area any moment. Once it starts, the environment change drastically and there may be heavy darkness around you. You can't move then smoothly. Light your Fog (Yellow) Lamps and move on cautiously on convey basis.

The ghat road is now wide and there are some preventive blocks or railings to avoid any mishap. By the time you reach the top, it is 2000 feet above sea level. From here yo can have the most splendid view of the surrounding. Yes, a bird's eye view!

The surrounding area is under thick dense forest. Heavy rocks are there at both sides and deep valleys also. The journey through this way is a danger during the rain season (mainly June to September). Police and security measures are there for safety purpose. So don't panic.

The view of ghat road is amazing. But the stories behind the same is alarming and have the ingredients for a proper Ghost story.

How a road of this magnitude constructed through this sharp mountain and that too in the dense forest is still a mystery. Anyone travels through this path would be surprised about it all. This path was found by a tribal man, a few centuries back. He showed the way (from Wayanad to Calicut) to a British Engineer. (Then, India was under British rule). The engineer was impressed on this finding as the people that time was struggling very much to reach Calicut. They were travelling through some difficult paths, which were time-consuming too. To take credit of the new found route, the engineer killed the tribal man. But things turned to a different and shocking level afterwards. Vehicles or travelers passing through the way either met in accidents or killed by some unknown power. Later, it was found that the soul of the killed tribal man was behind all these cruel game. A priest was brought in and who chained the founder's soul on a nearby tree. Thereafter things settled and no casualties occurred. The tree and chain are still there at Lakkidi. You can see it on your journey. Photos of the same are given above. Please watch it. There is still some surprise about this chain as though the train grows further, the chain remains intact there without any damage. People still worship the chain tree.

Wayanad is well connected by road from all towns in Kerala and nearby cities like Mysore, Bangalore and Ooty. There is no rail route. The notable point is that though the district carries the name Wayanad, you cannot spot a place by that name. It means you can't find a bus with that name board. To travel through this ghat road, you can catch any bus going to Kalpetta, Sultan's Bathery, Mananthavady, Mysore or Bangalore. The bus journey is a good experience. But to feel real thrill you need to travel by Car or Bike, the advantage being stopped and proceed at your own convenience for sightseeing and taking photos. Cycling is tough since it is high steep.

As I had worked in Wayanad for three years, I had a rich travelling experience through this ghat road. Except for some heavy road block, I had no other difficulty during my journeys. The block may at times lasts for hours. It is a troublesome experience. You cannot find a shop to buy some water or eatable elsewhere here. So it is advisable to carry some snacks and water with you when you start. It was really troublesome and terrific when I traveled some 25 years back. But it is past and the ghat has got a new face lift, which gives you a smooth and safe ride now.

On a couple of occasions, I had done some solitary bike rides through this mountain road. Frankly speaking, I enjoyed these journeys the most. I plan to do some journey with my wife soon. Fortunately, she too loves travel.

The Thamarassery Ghat journey, I am sure, will awake the poet in you. It is nature's wonderful poem. Don't miss it. This is one of the world's most amazing mountain pass providing you a different travel experience you would never forget. 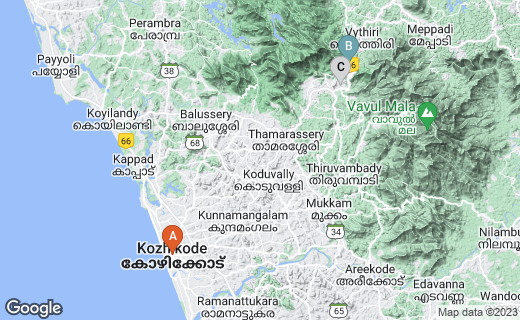