The 5 Most Haunted Wooded Locations on Earth

Depending on who you ask, the woods can engender a broad spectrum of emotions from people. What I find interesting are the fearful responses. The woods (at night) have long been the backdrop for many Hollywood horror films, classic horror novels/dark tales, and creepy urban legends. As with many a stereotype, if you look hard enough you will discover at least some semblance of the truth. It's no real secret that some shady things go down in the woods, especially at night. Bodies are dumped, cults ritualize, big foot hides, and some commit suicide(as you'll see). While the woods can be a scary place, there is just something so alluring and captivating about them that fascinates people. If you've ever walked the woods you know what I'm talking about. The risk of getting lost can be a rush for many people who are looking to getaway from "the real world" for awhile. These 5 areas of woodland I'm presenting are not the kind of woods you want to get lost in or stroll through at nighttime. If you believe in the paranormal, you're familiar with the term "residual energy" and these places contain it. In places where an emotionally-charged event took place whether it be positive or negative, energy residue is left behind and people to this day can experience it and feel it. Whether you're a believer or skeptic, you might find these woods to be just plain creepy!

Would you be fearful of entering these supposedly haunted forests? 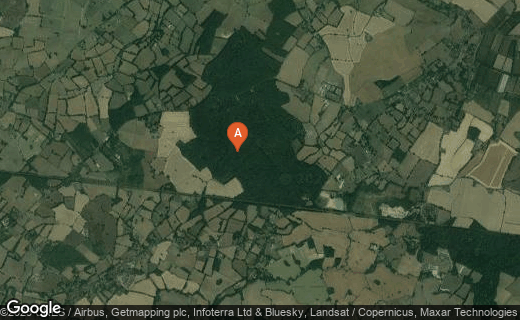 As if the name didn't scare you enough, allow me to frighten you further. The Dering Woods or "The Screaming Woods" sit just south of supposedly the most haunted village in Great Britain... Pluckley. The woods get their name from the blood-curdling screams often heard coming from the forest late at night. Locals even claim to hear the same screams during early morning hours,as well. The ghost of a highwayman named Robert DuBois, whose routine was to hide behind a tree on the corner and jump out at his intended victims and rob them, still lingers. He was eventually captured by villagers, brought to the woods, pinned to a tree and killed with a sword. The tree has since disappeared but the ghost of Robert DuBois and the tree he was pinned to often appear. Anybody down for a hike through the screaming woods? No. Didn't think so! 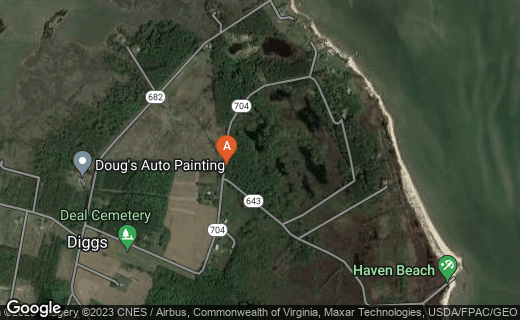 Mathews County, Virginia is a sleepy town that has yet to install traffic signals but back in the day it was a very important place. It happened to be the home of an extremely busy port during the Revolutionary and Civil War eras. With all the activity seen throughout its history, it's no wonder the woods and surrounding beachfront are reported to be haunted. Paranormal activity has been reported here for almost 300 years and many of the sightings are consistent. Some of these sightings consist of strange green ghost lights, British soldiers, headless dogs that have been said to attack carriages or cars, and a ghost ship that is glimpsed right before a storm. A screaming woman is sometimes heard and there are reports of headless pirates apparently searching for their lost buried treasure from long ago. There is also a frightening legend of a "time vortex" located somewhere in the vicinity of the site of an old colonial homestead(inspiration for the moniker) that caught fire, put itself out, only to catch fire again and burn down for good a few years later. According to the legend, people are lured into the vortex by unknown means and never seen again! If you visit try to avoid getting lured into walking in a time vortex by an unknown force, okay? 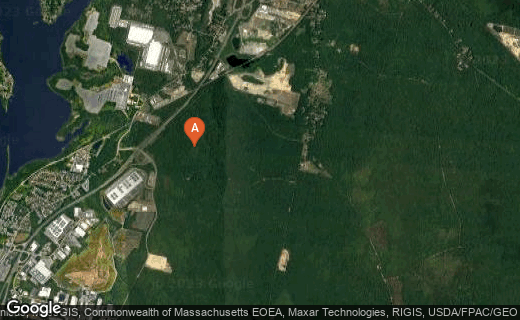 This one hits a little too close to home! Freetown State Forest is located in the middle of what paranormal investigators call, "The Bridgewater Triangle". The Bridgewater Triangle is an area of about 200 square miles within southeastern Massachusetts. Since colonial times the area has been a site of alleged paranormal phenomena, ranging from UFO and "black helicopter" sightings (including many with multiple points of corroboration including police and a local news team)to poltergeists and orbs, balls of fire and other spectral phenomena. The native Wampanoag tribe regarded this land as sacred before it was sold in a deal they may not have backed. Legend has it that a curse was then put upon the forest and the events that have happened here since are certainly indicative of a cursed piece of land. On top of containing several Indian burial grounds, the forest has also been the location of several murders, crimes and satanic rituals. The "happenings" at Freetown State Forest never seem to cease as incidents of waste dumping, reports of wild and aggressive dogs, and even an escaped Emu have been recently reported. Don't dare enter these woods alone!

Think of the last forest you ever want to set foot in. Think of a place that is thronged with a sense of despair in the air and where Japanese newspapers and magazines have described as "the perfect place to die". Aokigahara Forest is that kind of place. Sitting at the base of Mt. Fuji, Aokigahara is an extremely dense and thick forest that spans over 14 miles. Gps, cellphones, and compasses are essentially useless due to the iron deposits in the soil. Every year, around 30 people go there to commit suicide despite numerous signs, in Japanese and English, urging people to reconsider their actions and around 500 have died there since the 1950s. It is not uncommon if you visit the forest to find bodies hanging from the trees and skeletons on the ground. Paranormal phenomena is an everyday occurrence and the forest also has a historic association with demons in Japanese mythology. One paranormal expert described the forest as a, "purgatory for the unsettled ghosts of Japan that were torn unnaturally soon from their lives and who howl their suffering on the winds." Disembodied voices, moans, and screams are frequently captured in "The Suicide Forest". Some say that the trees themselves are filled with a malevolent energy, accumulated from centuries of suicides. "They don't want you to go back out after you enter". This is the exact type of residual energy I was speaking of earlier in the article. If you feel you want to trek through "the perfect place to die", be my guest. Just pencil me in for a rain check...

The granddaddy of them all! The Hoia-Baciu forest is widely considered by many to be one of the most haunted spots in the world. Many researchers claim that it's a portal to another dimension or spirit world. It gained notoriety in 1968, when a scientist captured a UFO flying right over it but that doesn't even break the surface of the things going on in this forest.The forest was named after a shepherd that disappeared in the area with two hundred sheep. Locals already know to stay clear of the forest and it is actually quite the taboo subject that most people won't speak about.Many of the locals who have gone into the forest complained of physical harm, including rashes, nausea, vomiting, migraines, burns, scratches, anxiety, and other unusual sensations. They often warn that if you enter Hoia-Baciu, you may never return. Reports of the paranormal have included, among others: ghost stories, unexplained apparitions,and faces identified in photographs that were not visible with the naked eye. People who visit the forest report anxiety and the feeling of being watched. What's even more bizarre, adding to the mystique are strangely shaped trees with burnt stumps and branches. A common experience shared by some who enter the forest is a lost sense of time and little to no recollection of what happened during that time. One such story focuses on a 5-year-old girl who wondered into the woods and got lost. She reemerges from the forest 5 years later, wearing the same untarnished clothes that she wore on the day she disappeared with no memory of where had happened. Much of the inexplicable paranormal phenomena occurs in a strange dead-vegetation zone in the middle of the forest. This clearing is in the shape of a perfect circle and nothing ever grows there! Soil samples have been taken from the site and analyzed but the results show that there is nothing in the soil that should prevent the growth of plant life. The strange occurrences are hard to debunk at this location and it is accepted by researchers to be a "paranormal hot-bed".It's close proximity to Vlad the Impaler's (Dracula) castle adds to the creepy factor of this truly haunted location.Well, that concludes my piece here on the haunted woods of the world and remember when you're planning your next camping trip; try avoiding haunted Romanian forests.