Travel, especially the pilgrimage are the great pleasure for Sunil Kunnoth. He loves to wander with his spiritual sojourns.

Muruga also known as Subramania is the most favorite God of the Tamilians. He has several names like Skanda, Velayudhan, Arumugan, Vel Murugan, Shanmughan, Mayilvahakan, etc. He is the son of Lord Shiva and Parvati. Though Subramania is hailed as the Tamil God, people of Kerala and other South Indian states too are His ardent devotees. He is the God of Wisdom and Courage. You can find some famous temples dedicated to Lord Muruga in Malaysia, Singapore and Sri Lanka as well outside Asia continent.

This temple is the first among the six Holy Abodes. The striking feature of these sacred six temples is that its location. All except one are located on hilly terrain. These are very beautiful and picturesque. Vibhuti and Panchamrutham are the main prasadams offered in these temples.

Now, let’s take a quick tour to the six Arupadai Veedu or the six garrison-abodes of Lord Muruga/Subramania. 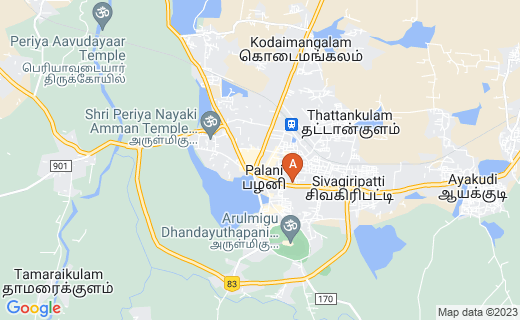 Palani/Pazhani: This temple is the first among the six Holy Abodes and is the most famous Muruga temple in South India. The temple is situated on the top of the Palani hills. A beautiful location rich with hills, rivers and village life, the scenery here is so captivating and very much picturesque.

Pazhamudhir Cholai: It is near Madurai and a grove atop a hill. The unique feature is that it is the only temple where Muruga appears with his consorts in the main sanctum.

Swami Malai: Situated in Kumbakonam, the temple town of Tamil Nadu. The temple is also known as the Kshetra (temple) for enlightenment. ‘Swami Malai’ means ‘the hill of the lord’. Lord Murugan explained the meaning of Omkara to his father Lord Shiva here. This temple is the second among the six Holy Abodes.

Thiruchendur: What makes this temple different from the rest is, it is situated on a beach by the Bay of Bengal. All other temples are situated on the hilltop. There is a well near the beach, which has sweet water. This is the third among the six Holy Abodes.

Thirupparankundram: Believed to be built in the third century BC by Pandya Kings, it is the fourth among the Six Holy Abodes of Murugan. To cure ailments, devotees pour rock salt and black peppercorns in the pond known as Lakshmi Theertham.

Tiruthani is located 84 km northwest of Chennai. It is on the hilltop and at a beautiful location. It was here Muruga wed Valli, the gypsy girl. A prayer here is believed to bring you luck. It is the fifth among the Six Holy Abodes.

Of the six temples, which one you find attractive?