"The Greatest Free Show On Earth"

Circleville, Ohio - or Round Town as it is nicknamed - has taken the Fall Festival event and expanded it to four days of pumpkin-loving fun. Just about a half hour south of Columbus, Ohio on Route 23, the Circleville Pumpkin Show improves every year and draws guests that enjoy other local attractions on their visits.

An associated arts festival is highly popular and visitors love the food vendors and free recipes.

This was the spot where I first enjoyed pumpkin ice cream. The festival was the only place you could find the treat back then, but today, the large chain coffee shops have it, as well as pumpkin spice coffee, lattes, and teas and pumpkin donuts.

With the free recipes offered at the celebration, though, you can make your own. Try a pumpkin burger! 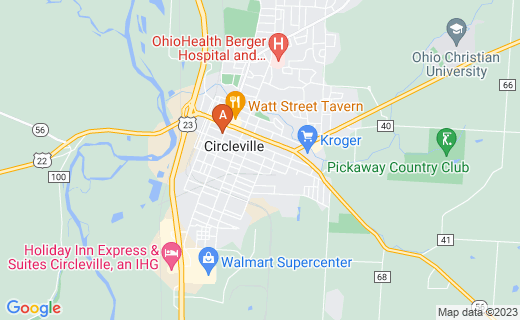 A pleasant drive on State Route 23 from anywhere in Central Ohio, the Pumpkin Show is a long-time tradition that brings people into town after they have enjoyed the brilliant fall foliage of South Central Ohio at the end of October.

Friends living in the town are treated to the sights and spectacles of the festival and foliage every year and are ecstatic that they chose to live in Circleville. I love hearing them talk about it! 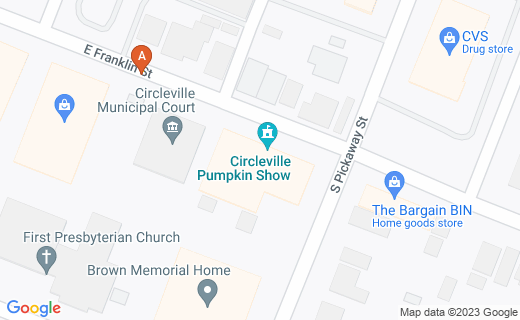 The pumpkin-packed festival is held during the third week of October annually, on a Wednesday, Thursday, Friday, and Saturday full of events, contests, music, arts, crafting, and food; all from 10AM to 11PM each day. For example, the dates in 2012 are October 17 through 20, making the show 109 years old. It all began in 1903, 100 years after Ohio first became a US State.

Back in 1903, Mayor George Haswell had the idea of a glorified Saturday farmers market with music and events to help the local farmers meet city people that would buy their wares at the end of the growing season. The special events and entertainment would draw crowds of people to help the farmers and the city prosper. His idea grew from a one-day three-block market and carnival-like event to the nine-block regional festival that is today's Pumpkin Show.

Even in 1903, though, the attractions were exiting. They included horse races, flagpole sitters (a big attraction in those days), high-wire acts, the popular high diving act of the day, magic acts, wrestlers, girl dancers, and others borrowed from the usual circus fare.

Unfortunately, they also put on a freak show. However, people loved circuses at this time and came to love the pumpkin festival just as much. A carousel and a parade were added a couple of years later and today, the Pumpkin Show features two parades every day, with a grand Pumpkin Queen's parade on Saturday. There are also about three dozen amusement rides, like a carnival.

Since the 2010s, several entertainment stages offer music and other acts, just like the Ohio State Fair. If you miss the fair, you can go to the Pumpkin Show for hog calling and pie eating contests. You won't want to miss the Pet Parade or the Downtown Business Window Decoration Contest. either.

The Columbus Zoo folks comes to town and brings some interesting animals with them for a show. Fifty different bands participate in the parades and popular singing groups perform on the stages - pop, country, cloggers, Irish step dancing and dozens more.. Art installations and showings occur all along the nine blocks of the festival.

The show is so large now, that plans for the next year's events begin the very day after the close of the show, just like the Rose Parade.

A Look Around the SHow

Zaleski State Forest - Includes Lake Hope State Park across from the forest and is the second largest state forest in Ohio. It has an active sawmill for its logging interests. An annual free Fall Hike begins at Lake Hope shelter on October 20, 2012 at 10 AM with a cup of sassafras tea. After a three mile hike, guests are treated to bean soup and cornbread, and then shuttles drive you back to your car. What could be nicer on a Saturday morning? - Phone (740) 596-5253. About 12 miles away is Old Man's Cave, if you want to view additional foliage and caves, and waterfalls. 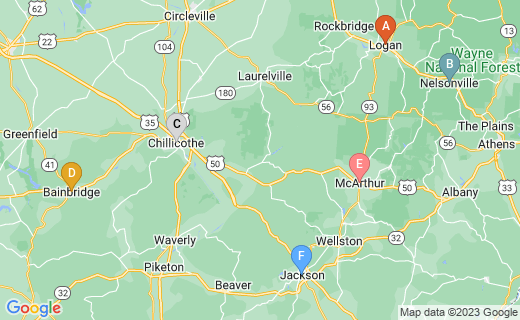