The Decline and Renewal of World's Fairs

The 1982 Knoxville Fair in Tennessee

The 1982 Knoxville World's Fair was somewhat well advertised on television, but poorly organized and disappointing.

Food concessions, were poorly stocked and manned: Many of the waitstaff seemed to be untrained; they stood and stared at you instead of taking your order. After two days at the fair, I found good service and good food only at the Korean Pavilion, where I also saw attractive advertisements for their upcoming turn at hosting a world's fair. Since that time, advertising for the fair dropped off considerably, as did media attention.

The Knoxville fair was dedicated to energy and sustainability, but fell flat, because the uproar of advertising for sustainability in the 1970s and Earth Day, began to wane until the 1990s in this part of the country.

The energy and cultural exhibits seemed unfinished and long lines to gain admission were even more frustrating after a disappointing experience in each venue. In one glaring example, the Panama pavilion was totally unoccupied, although I heard later that Caribbean Islanders took over the space.

As the ExpoMuseum website tells us, the 1982 World's Fair did not even have a mascot.

This was a miss of a good advertising opportunity. Six cartoon-like characters supposedly walked around the fair to pose for photographs, but we don't even know their names today.The rounded red flame that is the logo of the 1982 exposition has been seen on lapel buttons, sporting eyes and a big smile and this leads me to think that perhaps this "Burnie", as he was called, might have been a mascot.

Speaking of walkabouts, the fair was to host several strolling musical acts to entertain the crowds and I never saw a single one of them in two days. Neither did other visitors to the fair with whom I spoke.

The site of the fair covered over 70 acres, but the best thing about it was a trip across the bridge over the Tennessee River to the University of Tennessee in Knoxville. Thirty years later, that school and its grounds are still one of the best attractions in the city.

Another good thing about the Knoxville exposition is that is required the old rail yards in Downtown Knoxville to be reconstructed as other venues and this began an ongoing thrust toward urban revitalization and sustainability. 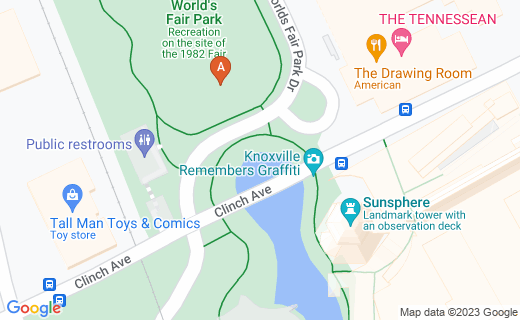 Mr. Jake Butcher had the idea for a World's Fair in Knoxville, and he was both CEO of United American Bank and the Chair of the Knoxville International Energy Exposition.

His bank went bankrupt, presumably from financing the fair, and he later went to prison. He was released from servitude on April 30, 1992 and became a car salesman for a time.

Lodging For the Fair

This was the early 1980s, well before the Internet and Price Line with William Shatner as The Negotiator.

Lodging for the millions of visitors to the Knoxville events was not well thought-out in the first month of the fair. Hotels and motels in the suburbs and downtown were booked quickly and the hotel on the fairgrounds itself was packed. In addition, the lobby of the fairgrounds hotel was always full of loitering non-guests, making it impossible to walk through it.

On Mackinac Island, that problem was solved very quickly by charging people $20.00 to come in and enjoy a seat in the lobby of the largest resort hotel or on the wraparound porch for the day.

Telephoning for rooms near Knoxville was an unpleasant chore, because I found many reservation operators rude, giving me completely inappropriate comments and using profanity. I kept calling and found a nice location about an hour away and my stay was quite pleasant there.

After Knoxville, I never heard or saw another advertisement for a World's Fair. Advertising operated, but not to the extend as formerly promoted for earlier fairs, such as those in Seattle or even earlier in Montreal. Older friends still talk about those great expositions. 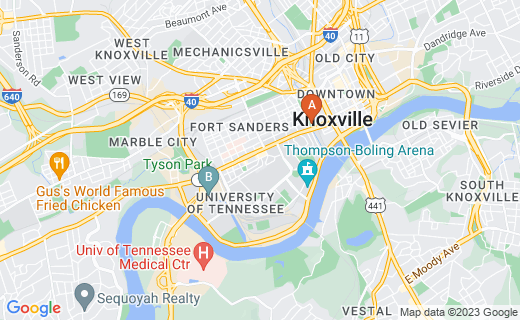 Decided in 2017, a World's Fair will be held every two years for either 3 months or 6 months. Smaller bid-winning cities will host smaller fairs, while large cities winning the fair will host much larger productions.

Dress Rehearsal, Opening Ceremony; By cmkhkd on Youtube; CC by 2.0 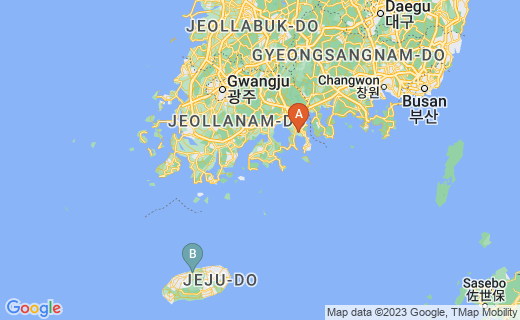