The Driskill Hotel in located on the corner of 6th and Brazos Streets in downtown Austin, Texas. "Colonel" Jesse Lincoln Driskill, a Missouri-born cattle baron made his fortune from providing beef to the Confederacy during the Civil War. He built the hotel in 1886 at a cost of about $400,000 which was a huge sum of money to spend on a hotel. Unfortunately, he built it a bit too upscale for the area at the time. He then lost it in a poker game shortly thereafter.

The hotel was built in the Richardsonian Romanesque style with arched windows, spacious balconies and exceptional ornamentation. The hotel has a beautiful corner entrance with large floor-to-ceiling arched doorways. 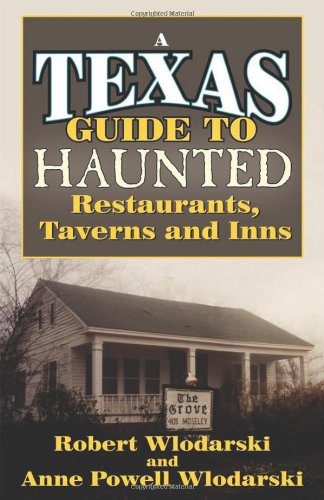 The ghosts said to haunt the Driskill include Jesse Driskill, a small child, Mrs. Bridges, Peter J. Lawless, two brides who died tragically, and a few others.

Jesse Driskill is said to be fond of smoking his cigars in guests' rooms and playing with their bathroom lights.

The small child is the 4 year old daughter of a U.S. Senator who was playing with a ball near the grand staircase and tripped and fell down the stairs to her death. Her giggles and the bouncing ball are said to be heard on the staircase. There are also cold spots reported on this stairway.

Mrs. Bridges is a former front desk employee from the early 1900s. Even though she didn't die at the hotel, she still visits the area where the front desk used to be. She is clothed in Victorian dress and seems to be fussing with the flower arrangements where they used to sit. She is seen only at night and usually accompanied by the smell of roses.

Peter J. Lawless lived in the Driskill hotel from 1886 to 1916. His occupation was selling tickets for the railroad. He even stayed at the hotel during periods when it was closed. He is usually spotted on the 5th floor near the elevators. When the elevator doors open, he checks his pocket watch. Housekeeping reports having trouble keeping room 419 tidy. Often after vacuuming, they find footsteps across the carpet, the bed covers ruffled, dresser drawers opened and report the feeling of being watched or followed.

Tragic Bride #1 is the most active ghost at the Driskill. She was a bride who was supposed to be married at the Driskill, but her future husband called it off the night before. She hung herself in her room. She is usually seen on the fourth floor walking the hallways in her wedding gown. I found this part interesting. She is most often spotted by guests who are at the Driskill to attend a wedding or bachelorette party. It is considered good luck for brides to see the ghost before their weddings.

Tragic Bride #2 is a great story that I'll let the hotel narrator in the video below tell you. He has a great way of telling a story.

Singer Annie Lennox, while staying at the Driskill on a concert tour, laid out two dresses on her bed prior to an appearance. After her shower she found one of the dresses put away. Johnette Napolitano, the lead singer of alternative rock group Concrete Blonde wrote a song about the experience called "Ghost of a Texas Ladies Man".

Hotel staff have reported hearing noisy guests on elevators and corridors only to find no one there, lights being switched on and off, water running in the sink or tub, and doors opening and closing. A gentleman wearing a tuxedo is often see walking through doors with only the scent of cigar smoke left behind.

Ghost of a Texas Ladies Man