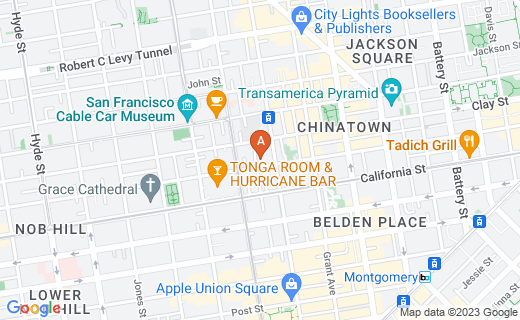 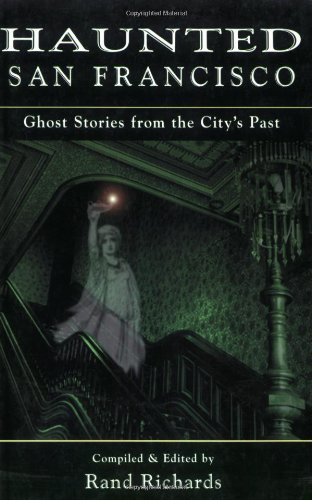 This is the story of Chinese immigration to San Francisco and a haunted house in the city related to that history.

San Francisco has a long and rich history related to Chinese immigration to America. There are many inspiring stories in this history of the city related to triumphing over oppressive conditions. There are also many devastating tales relevant to this period of time.One of the toughest tales to hear about is the history of young Chinese girls who immigrated to the area in the late 19th and early 20th centuries.

During this period of time it was only the single men of China who were able to experience relatively easy immigration into the United States. They came across the Pacific Ocean in droves. They worked long hours in dangerous conditions for the sole purpose of earning enough money to support their families back in China. Immigration of anyone other than single men was nearly impossible at this time. This was due to a series of three Chinese exclusion acts which began being passed in 1882. Of course, many of the single men who were coming over to the San Francisco area to make their new lives longed to be with their families. Moreover, one of the Congressional acts made it illegal for Chinese men in the U.S. to marry any non-Chinese women here. This created a deep sense of loneliness in addition to the longing for community. The gap between that longing for their community and the legal problems of bringing their families to the U.S. created a thriving route of illegal immigration. Chinese females were brought across the ocean through various illegal channels. They often suffered as a result of those conditions.

Upper class Chinese men were more easily able to secure government approval to bring their families over from China. Due to this, some of these people would accept payment from lower class Chinese men in exchange for their services. The service was to fake being related to the the family of the lower class guy for the purpose of easing the process of immigration. Poor men would save up to pay exorbitant sums of money in order to get the forged documents that would demonstrate a link between their family and one of the rich guys.In some cases, things went smoothly enough. The poor men would pay the fee, their families would be sent over and they would all live "happily ever after". It was essentially just a business transaction.

However, the history of humans is littered with exploitation. This part of that history is no exception. More often than not the process did not go as simply as it did for the few women who immigrated here with business-like ease. Instead what would happen was the poor women would arrive and the rich men would hold them hostage. They would demand a higher sum of payment from the poor men who had already struggled to secure the funds to bring the women over. The women, living in the country illegally, had no recourse. The families often failed to pay the increased fees. When that happened, the women were usually sold in to slavery.

In fact, illegal immigration leading to women in slavery was not the only problem Chinese women faced. An unfortunate tradition was also established at this time of kidnapping Chinese women, usually from the Canton area, and bringing them to San francisco for the specific purpose of selling them into slavery. The younger girls would be sold as house slaves, a task which they would perform throughout their young adolescence. They worked for families all throughout the San Francisco Bay Area. As these girls aged into puberty, they would be sold into sex slavery. Women kidnapped who were at or older than puberty were automatically made into sex slaves. Illegal prostitution was unfortunately common at this time due to many factors including the congressionally-sanctioned difference in numbers of Chinese men compared to Chinese women in the region.

With no legal reason for being in the United States and with only a limited understanding of both the laws and the language in San Francisco, the life of the sex slave was one that simply cannot be described. You can only imagine the horror stories. Abuse of all kinds was normal in this sector of society. These women not only had rough lives but also generally had a short life span. This was a large-scale problem that went largely ignored or unnoticed by the people of San Francisco. Women did not have many people working to help them at this time.

However, there were a few angels working to make changes to this terrible situation. Donaldina Cameron was an example of such an angel. She was originally from New Zealand but she had lived in the San Francisco Bay Area for most of her life. She was an enterprising woman with a heart of gold and a desire to use her resources to help others. Even as a young girl she embarked on her lifelong pursuit of social justice in the Bay Area. Her primary social service focus was to aid the Chinese women who were suffering this terrible slavery fate. This work began when she was nineteen and was introduced to the services of the Presbyterian Mission House in San Francisco's Chinatown neighborhood.

Over the course of her career, Cameron was likely able to assist thousands of Chinese women escape their enslavement. The exact numbers are difficult to confirm because of the necessity of secrecy surrounding the work that she was doing. Cameron's work was dangerous. It involved frequent confrontations with area slave owners. It also required engaging in risky processes in order to locate slave girls. These girls were usually found hidden behind the false walls of slaveowner's homes. Donaldina Cameron learned a range of different skills from how to physically defend herself and other women against attackers to what the legal options were for the lucky women who did end up in the care of the Presbyterian Mission House.

Notably, Cameron did this type of work in number of different locations over the years but it was her work at the Presbyterian Mission Home that started it all and stands out most in her personal history. By the turn of the twentieth century, Donaldina Cameron was the superintendent of the home for girls. Things were progressing along when the 1906 earthquake and fires ravaged the area. It is reported that Cameron faced those fires head on to salvage the legal documents that gave her guardianship rights over some of the girls in her care. Services were slowed during the two years following the earthquake as the mission home had to be rebuilt. However, it did reopen in 1908 and Cameron actively resumed her work.

Maybe the effects of the earthquake had their upside because when the home was rebuilt it was done so with more attention to the specific needs of the organization. Taking in to consideration the unique situation of the illegal Chinese slave women, the new house with built with secret passageways and sealed doorways to hide the women. The women could be safer and more anonymous until a time when they were legally allowed to moved out of the home and into a new life in America.

The basement of the newly built home was essentially created to be a place where Chinese women that had been rescued from slavery could rest in peace while figuring out what their next move would be. In order to keep the basement room secret both from slave traders and the San Francisco police there was no entry into it from inside of the home. Instead there was a secret underground passageway leading from a hidden section of the street directly into the basement of the new home.

For a little while, this new home truly served as a safe place for the women it was built to serve. They spent varying amounts of time here as need, traversing in and out secretly through the basement, while they figured out how to locate their families and what to do next with their lives. Sadly, it wasn't too long before a fresh new tragedy struck the lives of the women who were just beginning to escape their terrifying pasts. The house caught on fire. With no escape except for the secret passage, numerous Chinese women died, suffocating to death in the home's basement.

In 1939, the home for the women was moved to a location at 142 Wetmore Street. In 1942, the house at 920 Sacramento Street was renamed the Donaldina Cameron House in honor of the woman who helped to eradicate Chinese female slavery in San Francisco. The original post-earthquake building stands today as a church and family service agency under this same name. It continues to serve the needs of immigrants from China as well as people from other parts of Asia.

However, the dark past of the home remains present in the walls of the building according to the beliefs of many people who say that the building is haunted. The doors to the basement are still sealed. There are gold and red charms hung here to ward off the evil spirits but nevertheless it is believed that the ghosts of the women killed in that basement's fire remain there to this day. Photographs taken in the home have shown white figures floating in the background. People in the home regularly report that the home's spirits emanate the haunting tale of the past that was lived out here.

Sadly, the ghosts of Chinese women haunting the house are not the only ghosts that have been reported at this location. Chinese boys, too, may be haunting the home as a result of a mid-twentieth century tragedy that drew some very sad attention to the churh. From 1947 – 1977, the Cameron House was a Presbyterian Mission led by a man named Reverend F.S. “Dick” Wichman. It is reported that Wichman perpetrated violent sexual abuse against many of the boys in his mission. That abuse is reported to have occurred in the very same basement that is reportedly still haunted by the ghosts of enslaved Chinese women. The abused boys were Chinese immigrants just beginning to learn the ways of their new world. They were taught not to speak against elders, especially authority figures such as the Reverand Wicham and so the abuse continued.

Sometimes a location itself cries for the tragedies that they have seen. San Francisco is rich with cultural diversity and an open acceptance of the many different lifestyles that one may choose to live here. However, it is also a city where different cultures have spent many years in close quarters and so it is a place that unfortunately has had a lot of opportunity for exploitation of different cultures. The tragedy of the boys' abuse was separate from the time when the slave women died in the fire. However, the histories are linked, not only by their similarities but also by their sharing of the physical space of the San Francisco home on Sacramento Street.

Perhaps the cries that can be heard coming from the basement on lonely nights are the girls crying not only for themselves but also for the victims of the abuse that they witnessed years after their own demise.

Note: This text is an excerpt from my book Ghosts of San Francisco. Full sources for this information can be seen in the book or are available on request.