The Fascinating and Special Cemeteries of Budapest

The most exciting city of Europe is Budapest. This is the city of contrasts, great lookout points, parks&gardens, city of statues and hidden gems. And its cemeteries are also stunning places with their own character. This graveyards are more quiet and more mysterious than the Père-Lachaise in Paris but they are not less important or interesting.

The National Graveyard of Fiumei Street (Fiumei úti Nemzeti Sírkert) or Kerepesi Municipal Cemetery (Kerepesi temető) is one of the oldest and well-preserved cemeteries.Of Budapest's main cemeteries this one is the most important. And Kerepesi fulfils a dual role, namely as an impressive last resting place for notable Hungarians and the figures of the Hungarian history and art, and a melancholy, breathtaking and peaceful public park, a perfect place for reading or walking. Kerepesi is one of the biggest National Pantheons in Europe and the biggest outdoor statue park.

Founded in 1847, Kerepesi is located in outer Józefváros, near Keleti (Eastern) Railway Station and can be reached via Budapest Metro line number 2 from Deak ter and tram line number 24 from Keleti.

Wealthy upper-middle class families of Pest started burying their deceased family members in this cemetery after the 1849-49 Revolution and War of Independence. Since then numerous Hungarian notables (statesmen, writers, sculptors, architects, artists, composers, scientists, actors and actresses etc.) have been interred there, several of them in ornate tombs or mausoleums. Later on it rather became a National Pantheon with the magnificent tombs and ornate monuments of prominent figures.

Laid out on a monumental scale in 1874 its boulevards direct the visitors towards the most impressive monuments: three mausoleums of leading Hungarian statesmen, Lajos Kossuth (a prime-mover during the the anti Habsburg struggle of the late 1840s; Count Lajos Batthyany (who was Prime Minister during the Hungarian Revolution of 1848 and was executed in 1849); and Ferenc Deák politician and author who engineered the 1867 Compromise Agreement between Hungary and Austria.

Kerepesi was badly damaged in the WWII when it became a battlefield between the Soviet and German-Hungarian troops, several monuments were destroyed or robbed and the cemetery was declared closed for burials in 1952.

Only a few know that near Kerepesi there is a extraordinary and forgotten Jewish graveyard founded in 1874 (actually the eastern corner of the Kerepesi Cemetery). The Jewish Cemetery or Salgótarjáni utcai zsidó temető once served numerous wealthy and notable families. 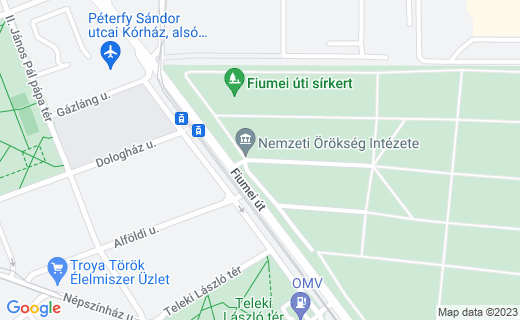 The Jewish cemetery, which can be found in the yard of the synagogue, is of special interest. Originally it was an area covered in grass. Jews usually don’t locate cemeteries next to synagogues. This one had to be created in order to bury the people who died in the sealed ghetto from starvation, cold or the cruel deeds of the Nazis. And, since Jewish religion prohibits the exhumation of the dead, the cemetery was left here.

In the nearby park stands the movingly beautiful memorial of the Hungarian Jewish martyrs, the internationally renowned willow. Its construction was funded by the Emanuel Foundation, founded by Tony Curtis. The memorial forms a weeping willow with the names of the martyrs engraved on its leaves. 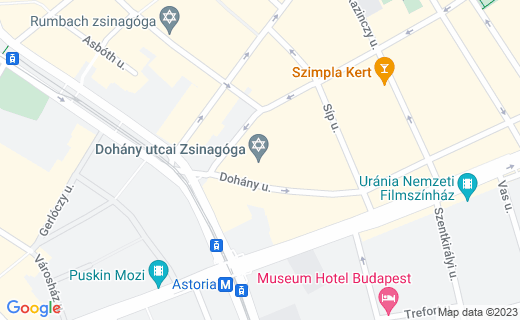 The St. George Martyr Serbian Church, the Serbian Orthodox Church of the Pest side on Szerb utca (Serbian street) is a rarity in Budapest. The church was erected in the 17th century for the members of numerous Serbian community who lived here at that period. The church has a fine and amazing Rococo style gate, a guilded Renessaince icon screen, embroided textiles and decorated liturgy books. But its a garden between walls is awesome: it is like an old cemetery, because many gravestones are in-built into the fence of the church. Don't miss! 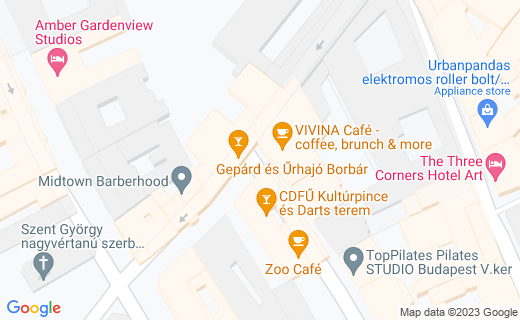 In the XII. District among the roads and hills you find a large graveyard. The Wolf's Meadow Cemetery (Farkasréti temető) is one of the most famous cemeteries in Budapest, and is noted for its spectacular sight towards the city.

Where do you find? Farkasréti It is located among Sashegy and Mártonhegy at the end of the line for the number 59 tram from Széll Kálmán tér.

Whereas the city's two other big cemeteries occupy flat land and their burial plots and footpaths laid out geometrically, Farkasréti Cemetery is a typical place of the romantic, less regular Buda side. Farkasréti occupies a saddle of land between the rolling hills and valleys and its tombs separated by trees. This beautiful place is set in a former wood, giving it a very rural and peaceful allure.

It opened in 1894 and was criticised by the citizens of Buda because several people wanted the area reserved for recreation and want it more to be a resort area than a cemetery. The cemetery was in the front line as the Soviet army advanced and the Germans retreated in 1945 and at the end of the WWII its headstones provided a macabre backdrop for close-combat fighting between German and Soviet troops, some of them still pockmarked with gunshot.

Some of the prominent and notable people buried here include József C. Dobos, the creator of the tasty Hungarian speciality Dobos Cake or Dobos Torte, or László Papp, three-times olympic champion boxer. It comprises tombs of numerous Hungarian notables and it is the most preferred place for actors and actresses and other artists (opera singers, musicians, painters, sculptors, architects, writers, poets). It also includes the tombs of several scientists, academicians and sportspeople. Visitors often come to Farkasréti to see the garves of composers like the well known Béla Bartók and Zoltán Kodály, or the famous conductor, Sir George Solti ( Solti György in Hungarian).

Graves are often decorated with noteworthy sculptures. It was provided with parks in the 1950s, when it took on its present appearance and extent. The mortuary hall and the new chapel were built in the 1980s to the plans of Imre Makovecz. In the Communist era, church funerals were forbidden in Kerepesi Cemetery, so it became the only place for those who wanted a religious funeral.

Its oldest grave that is still located at the original place is that of the mechanical engineer Ferenc Cathry Szaléz, the designer of the Rack railway in Budapest and the original Mária Valéria bridge in Esztergom.

The main building of this cemetery is a Bauhaus masterpiece designed by Virgil Krassói and Ferenc Módos in 1938.

The Main Building of Farkasréti Cemetery 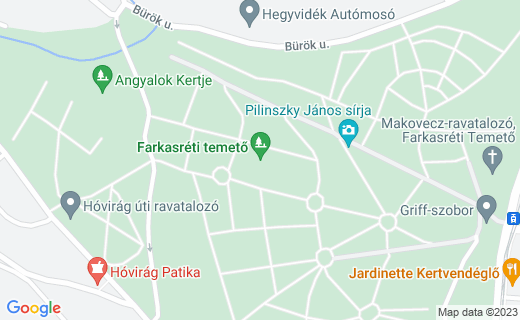 The Jewish Graveyard of the Farkasreti Cemetery

This cemetery has a distinct Jewis burial ground accessible from Érdi út. An interesting book called 'Jewish Space in Central and Eastern Europe' notes excitinng facts about Jewish cemeteries of this territory. „The cemetery and its buildings may bee seen as a signal for the wish of the Jews to be accepted as part of the German society and bourgeois culture, tought at the same time they expressed the wish to adhere to their religious traditions – for them Jewishness should not be a question of nationality and culture, but a personal religious affair.The Farkasreti Cemetery in Budapest is an example of the spread of this concept. Presumably it was established in the last decades of the 19th century. Its main alleys start at a cemetery chapel, and the worthiest graves are erected along this way.”

When you take a walk to the Buda Castle, visit this unique place along the southern wall of Buda castle.Near Mace Tower (Buzogánytorony) and above Várkert Bazár you can find a few muslim tombstones from and old Ottoman cemetery hide away in a park, surrounded by trees. 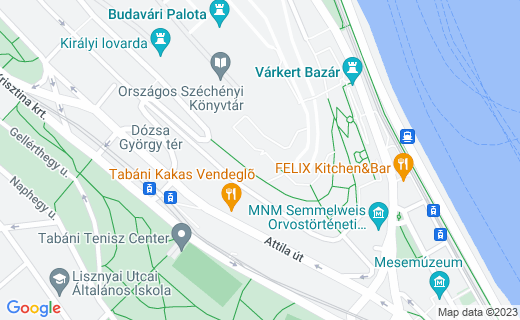