The Gorge Explorer: A Steam Train Excursion in New Zealand

A spontaneous decision to take a one day excursion on a 1950s steam train turned out to be one of the most memorable experiences. We had only seen steam trains in old movies and on television episodes such as Agatha Christie's Hercule Poirot mysteries. Our dream of travelling in one ourselves came true this time and off we went. We travelled from Wellington to Paraparaumu by the Tranz Metro Rail service to join the excursion. 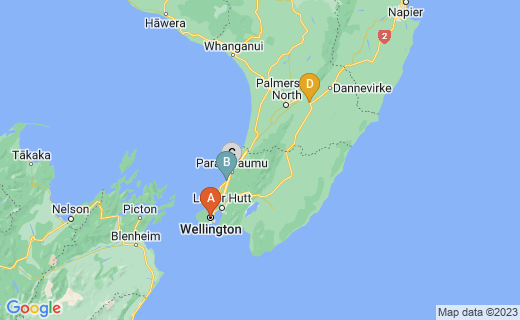 A 1956 Steam Train with Heritage Carriages

The excursion was called the 'Gorge Explorer' because it was travelling from Paekakariki to Woodville via the Manawatu Gorge eroded by the Manawatu river. The train for this trip was called the 2012 Daffodil Express which consisted of a locomotive Ja1271 built in 1956 with nine carriages all built between 1909-1939 in New Zealand. The buffet car was originally a sleeping car built in 1927. It was exciting to travel on a train with heritage carriages, some dating back more than a 100 years with no heating and glass windows which could be opened!

The excursion was from Paekakariki to Woodville in the southern part of the North Island of New Zealand. It picked up passengers from six stops on the way. We boarded the train at Paraparaumu, the second stop on its itinerary.

It was exciting to explore the train on the inside since we could walk all the through the length and breadth of it. There were both steel and wooden carriages, the latter being older than the steel ones. They all were quite quaint with beautiful deep-red seats and wooden linings on the walls.

Paekakariki to Woodville via Manawatu Gorge

It was a gorgeous day with the sun shining bright, spring was in the air. It is approaching summer in the southern hemisphere and we were lucky to have a fine day for this excursion. The views outside were spectacular with rolling hills, green grass, farm animals running away from the noise of the steam engine, ewes with their lambs and trees in bloom. There were viewing platforms where people could stand while the train was passing through the countryside. The 'choo, choo' whistle of the train could be heard at regular intervals.

There were souvenirs on sale such as key rings, fridge magnets, brooches of the steam engine and other locomotives, postcards, etc. We also made several trips to the buffet car.

The stops on the way from Paekakariki were:

The Manawatu Gorge runs between the Ruahine and Tararua Ranges and lies northeast of Palmerston North and is close to Woodville. On either side of the Manawatu gorge are the train line and State Highway 3 where we saw people stop to look at the steam train travelling along the river on the other side.

There was a one hour stop at Woodville where there were a couple of options available. When we booked the tickets we could also book a trip to the wind farm where windmills were installed for generating electricity. Buses were available to take passengers to the wind farm or to the town centre in Woodville. When we came back we were able to see the train reverse to return the way we came. This gave the opportunity for all passengers to travel on the river side when we passed the gorge. The local Rotary club had organized a food stall for those who not packed their own lunches.

There were three photo-stops during the day when passengers could get off the train and see it in action. Many took photographs and videos during these stops. On one occasion we were able to go up on a bridge and watch the train go by under it. We got to see how the coal is fed into the engine and the steam rising up.

The excursion took the whole day starting at 8.35 am and returning back to Paekakariki at 6.00pm in time to catch the train back to Wellington. It is an experience we would like to repeat, maybe by taking a trip to a different destination.

Suggestions for the Steam Train Excursions

It is a good idea to buy a day rover ticket for $13.00 on the Tranz Metro train to travel on the various train lines in Wellington and travel to Paekakariki. All Rover tickets can be used on train services during off-peak times between Wellington, Waikanae, Upper Hutt and Johnsonville. They allow transfers between lines and any number of broken journeys on the day for which they are valid.

For details of future excursions in November 2012. January and February 2013 to different and exciting destinations check out their website and make bookings.