The Khoisan People of Southern Africa (Part One) - The Khoi People

Have you ever heard of the Khoisan People of Southern Africa? I know of them because I live in South Africa and have gathered some information about them and seen some rock paintings done by them in caves in the province I live in. Perhaps you have heard of them; it’s been said that they were the first people to inhabit Southern Africa thousands of years ago.

They comprised of two groups, the pastoral Khoi or Khoikhoi and the foraging San. The word Khoisan is used to differentiate between the aboriginal people of Southern Africa and the Black African or Bantu people. Over time the two groups (Khoi and San) started to adopt some of one another’s ways resulting in a merging of their cultures and becoming known collectively as the Khoisan. There has been some disagreement amongst scholars about the two groups remaining separate from one another as apposed to the belief that they did at some point in time merge.

They were also known as the Khoekhoen, the Khoikhoi and the Kwena. They were herders/pastoralists and were known as the ‘real people’ or ‘people’s people’ or ‘men of men’ because they originally kept livestock unlike the San hunter-gatherers. It was an indication of the pride they had in their culture as herders. However they also practised some hunting and gathering. The Khoikhoi were called Hottentots by early colonists which is now considered an offensive term. 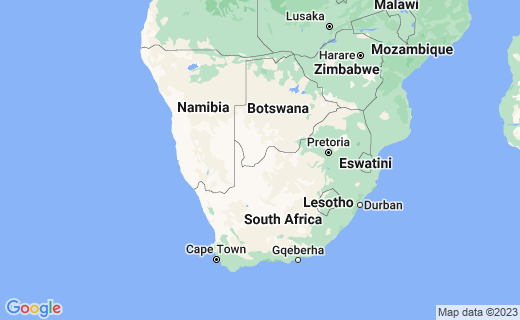 There is some debate over the origins of the KhoiKhoi People. Archaeologists have discovered the remains of pottery and livestock in the South-West and lower Southern areas of Africa. It is probable that they occupied most parts of Southern Africa. There are not a lot of Khoi people left here; one group that still exists and who live in Namibia are known as the Nama.

They migrated south from Northern Botswana and reached the Cape area about 2000 years ago. In approximately the 4th Century AD the Bantu people migrated southwards encroaching on the Khoi People, forcing them to move southwards. Others also moved into areas that were more arid such as the Kalahari Desert. Some of those that reached what is now known as Cape Town on the tip of South Africa intermarried with the San People.

They first came into contact with European explorers in 1488 when the Portuguese navigator Bartholomew Diaz came ashore; an altercation between Diaz’s men and the Khoi ensued but the latter retreated. The Dutch explorer Jan van Riebeeck landed in the Cape in 1652 and met with the Khoikhoi. He had come to establish a refuelling station at the Cape, supplying fresh food and water to ships on their way to do trade with the East.

Some of the early settlers took the view that Khoi were an uneducated and savage people because they didn’t have the farming skills of sowing, ploughing and cultivating crops on the land. They didn’t take into account that these people had been living off the land for many years having acquired the skills to accomplish this. One can only conclude that considering their status as people who had probably never seen people of other races, they would have been cautious about the arrival of strangers who were not like them.

Trade between Khoikhoi and the Dutch and English settlers took place where items such as nails, brass, trinkets, rice, alcohol and tobacco were exchanged for cattle, sheep and salt. Early settlers sometimes intermarried with the Khoi People resulting in the emergence of a mixed race known as ‘Basters.’

Smallpox as well as enslavement, extermination and dispossession caused Khoikoi numbers to dwindle in places where they came in contact with colonists.

When the grazing land on the Cape Peninsula was depleted the Khoikhoi moved with their livestock to other parts of the Western Cape to seek out new areas of grazing. As less grazing became available and as the settlers began to own their own animals a clash over grazing areas available occurred between the two parties. The settlers established farms on the land they claimed from the Khoi. This resulted in some of the latter mentioned taking to working on farms while others became disgruntled at the lack of grazing land available and were basically driven off their lands bringing an end to their traditional way of life.

How Did They Live?

They lived in villages with often over a hundred occupants in round huts made of thin sapling branches that were placed in the ground, bent over and tied together. The branches were then covered with reed mats for protection from the elements. Animal skins were put against the walls of the huts in winter to keep out the cold. This was a very basic structure but one that served them well as it could be taken apart when they moved, and re-assembled in a different area. This occurred when their livestock had nothing more to graze on. They sometimes even left the frames standing to use at a later time when they might return to the area.

One family would occupy a hut. Marriage involved cattle from the bridegrooms’ family being given to the parents of the bride. Khoi men were allowed to be polygamous but this custom was not practiced often. Older children sometimes lived in other huts with children of the same age group. The wives of one male shared huts with other wives if they got along or lived in separate huts if they did not get on.

People from other clans lived in the villages too; these included servants and dependants. There was a headman in each village who was the main decision maker. A few villages often joined together to form a bigger unit which was called a tribe or horde. Tribes comprised of clans that linked up, with one clan holding seniority. The head of the senior clan became the tribe’s chief. This illustrates that they embraced order and organisation in their culture.

The men from one clan were required to find wives from another clan. It is probable that the majority of men found wives within the tribe due to them living near to one another. The headmen of the different clans formed a body which was a form of tribal council.

The Khoi people kept livestock and their wealth was determined by how much livestock they owned. They had large herds of long-horned cattle, fat-tailed sheep and goats. This is in contrast to modern society where wealth is determined largely by financial standing.

Milk was obtained from cattle and goats while livestock was only slaughtered on ritual occasions. Oxen were used to move camp and pots and containers made from wood with handles were tied onto them. Herds were taken to grazing areas during the day and moved back into the kraal (enclosure) for the night. The cattle would have been looked after by the men while the women and children saw to the small stock. Women sought out and picked wild plants as another source of food. They also hunted game that roamed freely on the land.

Raiding between the different Khoikhoi People occurred regularly. Herds were increased after a successful raid and this raised the status of the group. Raiding and counter-raiding created a balance between the needs of the group and its ability to manage the herd.

Cape of Good Hope - A Map From the Early Days

The Khoikhoi spoke closely related dialects of the same language with a variety of click sounds in it. The Nama language is part of the Khoe language family and is nowadays spoken in South Africa and Namibia as well as by smaller ethnic groups. This indicates the intricacy of their structural make-up.

What did They Wear?

Some illustrations of these people were discovered in the National Library of South Africa in 1986 depicting the clothing they wore. These drawings are thought to have been done not later than 1713 by a Dutch colonist. The women wore a peaked hat, some strings of beads (mostly copper) around the neck, a sheepskin kaross (cloak) across the shoulders and a small apron made of animal skin around the waist. They also wore leggings made of dried raw-hide and a leather bag was carried on the back, probably filled with tobacco. They wore ox-hide shoes fastened with leather thongs. This indicates that they were skilled in crafting clothing and other items.

The men made long spears with an iron tip and they often carried a stick. In one illustration a Khoi man has an animal skin around his waist and elephant tusks on his arms.

Their Rock Art is of a geometric tradition and probably originated in Angola and Zambia. Recent research indicates this type of geometric art spreading through Botswana, Western Zimbabwe, into Northern South Africa and along the river areas to the Northern and Western Cape. Due to the merging of the Khoi and the San the system of observing the difference between geometric and San art becomes increasingly blurred.

What Rituals did They Engage In?

The principal theme of Khoikhoi ritual was the idea of transition from one state to another, or transformation. Rituals mostly centred around significant periods of change in a person’s life, such as birth, puberty, adulthood, marriage and death. Ceremonies involved a time of seclusion followed by a process of being reintegrated into society, with a new role to play, being of importance.

Amongst the Nama People Tsui’goab was seen as ‘the creator’, the keeper of health and the source of abundance. Guanab was an ‘evil being’ who brought about death and sickness. Haitsi-aibib was a magician who could change his form; he died many times but could come back to life often in another form.

They played various musical instruments including drums and dancing was a part of their culture. There is a dance called The Rieldans that died out but has been revived in recent times by the Khoisan. It is energetic and in it they imitate various animals and move in a circular motion in a celebratory manner.

Most of the current population of Khoikhoi People live in reserves and still practise herding of sheep and goats on communal land. There are some attempts being made to give them the recognition they deserve and restore them to the lands they occupied many years ago.

A photo of the Indigenous People from 1904

Do You Enjoy Reading about Indigenous People?