The Korean War Museum That Was on Yoido Island The museum had a nominal entrance fee. A Korean banner at the entrance read “Remember 6.25”. This is a reference to the day North Korea invaded South Korea, June 25th 1950. The museum was a large outdoor area. It did have a couple of small buildings that contained some artifacts. It was an impressive collection of Korean War vintage military equipment. The equipment used in the Korean Conflict was a mixture of the latest early 1950s and World War II era technology. The museum had examples of 1950s and 1940s military equipment. It also had some post Korean Conflict military equipment. It also had some artifacts that illustrated North Korea’s post-ceasefire aggression. Modern skyscrapers, including the 63 Building, a 63-story building that was then the tallest building outside North America, surrounded the museum. Other skyscrapers were under construction. This illustrated how far the Republic of Korea had come from the war-torn country it was in the 1950s. There weren’t many patrons on the days I was there. Most of the patrons were part of a single group.

There was a B-29 Superfortress named “Unification”. This expressed the forlorn hope Koreans have of a reunited Korea. B-29s were World War II bombers that carried out strategic bombing raids against Japan. The U.S. Air Force used them during the Korean Conflict in strategic and tactical bombing missions. They flew 21,000 sorties and dropped 167,000 tons of bombs. Officially the U.S. lost 20 B-29s to communist fire and 14 to other causes during the conflict.[ii] The actual losses were much higher. The USAF didn’t count aircraft as lost to enemy fire if they went down over the ocean, crashed in South Korea, or were written off when they returned to base. Enemy fire cost the USAF almost 100 B-29s.[iii]

There was an F-86 Sabre, tail number 13-180, with Republic of Korea (ROK) Air Force markings. Although the F-86 was the premier fighter during the Korean Conflict the ROK Air Force didn’t get F-86s until after the ceasefire. The Korean Conflict had the largest jet vs jet air battles in history. These large air battles pitted F-86s against MiG-15s. F-86s claimed 829 of the 954 air-air kills credited to 5th Air Force aircraft in the Korean Conflict. These kills included 811 MiG-15s.[iv]

There was an F-51[vi] Mustang in ROK Air Force markings. Some F-51s were given to the fledgling ROK Air Force during the Korean War. U.S. Air Force F-51s scored their first Korean War kills on June 29, 1950. In an air combat between the F-51s and a flight of Soviet made Yak fighters the American pilots shot down the 4 Yaks without loss. Lt. Orrin Fox shot down 2 of these Yaks. The Australian and South African Air Forces also flew Mustangs in Korea. Lt. J. G. Harrison scored the last air victory for the F-51s in Korea. He shot down a Yak of June 20, 1951. In Korea the F-51s primarily served as a ground attack aircraft. Mustang pilot Major Louis Sebille was posthumously awarded the Medal of Honor for crashing his F-51 into two half-tracks.[vii] He was the first USAF medal of honor recipient.[viii]

The air combat over Korea was primarily jet vs jet action. Almost all the Korean War aces were F-86 or MiG-15 pilots. An exception was U.S. Navy pilot Lieutenant Guy B. Bordelon who shot down 5 enemy aircraft, at night. He was the only night fighter ace of the war. He flew the F4U-5N Corsair.[ix] The museum had an F4U Corsair on display. While Corsairs scored some air victories as with other piston engine aircraft during the Korean Conflict it was primarily used for ground attack.

The museum had a Sikorsky H-19 Chickasaw helicopter. It had ROK markings. The H-19 was a transport helicopter that could carry up to 10 people. They arrived in Korea in March 1951 and were used extensively for transport and rescue.[x]

The museum had a collection of armor and artillery. This included Soviet built tanks and artillery pieces. Many of the tanks were post Korean Conflict vintage. The collection included a T-34. The T-34 entered combat in 1941. It was a major advance in tank deign. Many German anti-tank weapons were ineffective against it. It was the best allied medium tank of World War II. The North Korean army spearheaded its invasion of South Korea with T-34 tanks. The Republic of Korea army didn’t have tanks at the time. The U.S. Army sent Task Force Smith to slow the North Korean advance. The American anti-tank weapons that were ineffective against German Panthers and Tigers also proved ineffective against the T-34s. The T-34 was more than a match for the World War II vintage M-4 Sherman tanks the U.S. Army used in Korea. The American T-26 Pershing, a heavy tank, was more than a match for the T-34.

British Centurion tanks served in the Korean conflict. The most famous battles were the Battle of the Imjin River, 1951, and the battle of The Hook, 1953. The museum had a British Centurion on display. There were some fierce tank battles in Korea when the both sides were making rapid advances. When the war evolved into a stalemate United Nations forces used tanks mostly as mobile artillery.

The museum also had some reminders of North Korea’s current provocations. In the 1980s and 90s the infiltration tunnels were a major cause for concern for Korean and American forces. The first tunnel discoveries were tunnels a soldier could crawl through. The most recent tunnels the Korean and American forces had found were large enough for heavy vehicles to drive through. The museum had mock ups of these tunnels. The tunnel mockups were just some empty spaces on the grounds that a casual visitor could easily miss or shrug at.

[viii] Four USAF members, all pilots, were awarded the Medal of Honor during the Korean Conflict, all of them were posthumous. 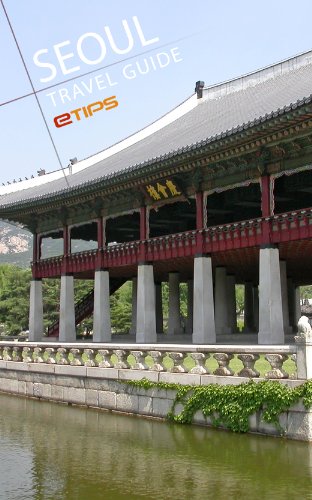 The current The Korean War Memorial Museum is much larger and has more elaborate displays. Admission is free. It contains a small exhibit about the ROKS CHEONAN. On March 26, 2010 a North Korean midget submarine sank THE CHEONAN near South Korea’s Baengnyeong Island. The attack killed 46 of the CHEONAN’S crew.