The Lake Erie Circle Tour - Lorain, Ohio and Its Attractions

The North Shore of Ohio

Lorain is located on the North Shore of Ohio on Lake Erie at the mouth of the Black River. It is the scene of many battles faught during the War of 1812 - 1814.

Under the state governorships of Ted Strickland and John Kasich, the southern route of the Lake Erie Circle Tour - on the American side - has much improved and added attractions to please both tourists and residents. In fact, Lorain has always been one of the highlights of a tour along Lake Erie. Reenactments of the War of 1812 by Canadians and Americans through 2015 will please several thousand new visitors to the Great Lakes Region of the Midwest and Near East.

The area between the cities of Lorain and Avon Lake is a particularly lovely part of Ohio, the driving is smooth, the green spaces are many, and the people along the way are welcoming.

Northern Ohio Was Vital to the Underground Railroad.

Lorain On the North Shore 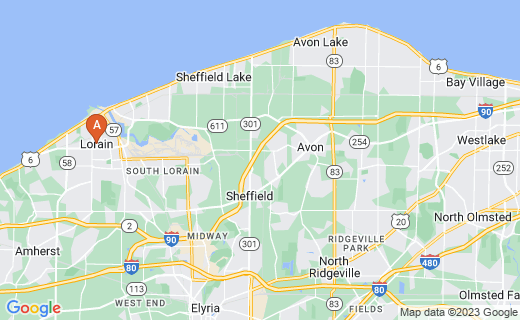 American Side Of the Lake Erie Circle Tour

This is officially the Erie Avenue Bridge located on State Route 611, which crosses the Black river near Lake Erie. An unusual drawbridge, it is a great sight for the Lake Erie Circle Tour on the American Side.

A Lorain Favorite Son, Charles Berry, was awarded the Congressional Medal of Honor for his actions as a Marine during a grenade battle in WWII on the island of Iwo Jima.

The bridge, the second largest bascule-type drawbridge in the world to date, honors Berry's service to his country and fellow man as a United States Marine.

Several additional historic and newer bridges are interesting to see in Lorain, including a railroad lift bridge across the Black River. A list of dozens of local bridges is maintained at the link below, with exact landmark locations and easy-to-follow maps. 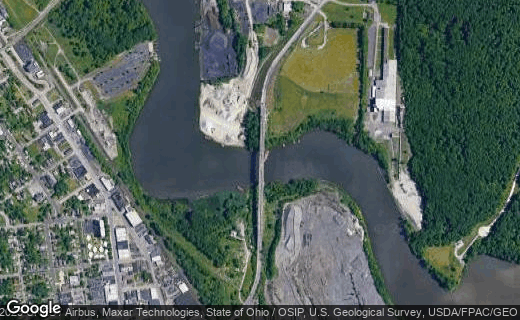 The Black River Historical Society in Lorain keeps text, image, and artifact accounts regarding the Black River and associated lake and river beaches in and around Lorain, Ohio. This collection includes studies of local Native American groups in prehistoric times, as well as railroading history. One passenger railroad line is still available across Lake Erie. It and one with a depot and museum complex in Cincinnati make up the only passenger rail transport in the state.

The Lorain Lighthouse is maintained by its own foundation after many years of guarding the North Coast, and the foundation expects boat tours to be offered in conjunction with visits to the lighthouse in the mid-2010s. The city is very excited about this, since it complements the sailing regattas and tall ship meets that residents and tourists enjoy in Lorain Harbor. People can also kayak on the lake at this point.

A variety of beaches are available for people to enjoy at no charge. Harmon Beach has been a public and private beach, with plans within the city to develop it into a city park.

Moore House Museum is located at 309 W. 5th St. near the Black River and commemorating the work of a major lumber company that was located at th river, along with lumber barons of a bygone era. The historical society is co-located in the museum.See also the Black River Reservation.

Lorain is at the Mouth of the Black River 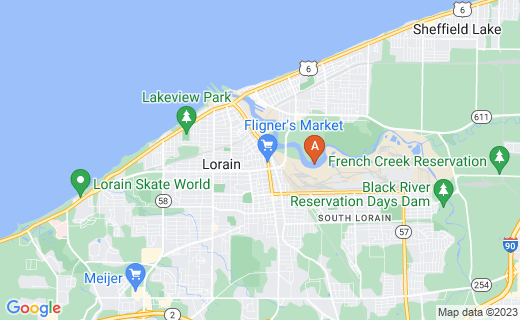 Bird Watching at the Lake

In addition to beaches and the lake, Lorain Harbor features excellent bird watching. The birding season peaks from November through some time in January, when the lake begins to ice over at the shore.

Types of Birds to See: Bonaparte’s Gulls, Herring gulls, Mergansers, and others.

Antlers Hotel - A closed hotel popuar from 1900 - 1949 and still appreciated for its exterior architecture. Located at Washington and SW Erie Avenues in Lorain.

Eiden Prehistoric District - A 300-acre district once settled by the Middle Woodlands Native Americans, including segments of the Iroquois Confederacy nations from 1000 BC to 1500 AD. It encompasses a Native American camp and village in the City of Lorain, Ohio.

Lorain and West Virginia Railway District - About 3100 acres from Lorain to Wellinginton Ohio in Lorain County.

Lorain features several dozen additional historic places preserved for visitors and residents to visit. They are often homes of city founders, business leaders, and other historcal figures, along with Underground Railroad significance.