Chuck enjoys traveling and over the years has had the opportunity to visit many places in the U.S. and the world.

Mention the word cactus and, for most people, the first thing that comes to mind is the mighty saguaro cactus.

Thanks largely to western movies, the saguaro has become synonymous with cactus, despite the fact that, not only are there numerous other varieties of cactus growing in desert areas around the world, but that the saguaro itself is only found in a very small part of the planet.

In fact the range of the saguaro is basically Southern Arizona, a small part of Southeastern California, and the northern parts of the Mexican states of Sonora and Baja California.

Saguaro Cacti in a Desert Field

The saguaro is a slow growing plant that can live as long as two to three hundred years.

While a mature saguaro can reach 50 feet or more in height, it takes about ten years to grow from seed to an inch high. Young saguaros consist of a single vertical trunk and it takes about three quarters of a century before the characteristic arms begin to grow out from the trunk.

Most of the mature saguaros that can be seen today are from seeds that started sprouting in the years before the American Revolution which explains why there are laws against chopping them down and why developers go to great lengths to move them before developing land on which saguaros are growing.

The Saguaro's Fruit is Consumed by Humans and Animals

While mature saguaros produce thousands of seeds each year, very few sprout as the seeds are a primary food source for many birds and other desert animals.

The seeds and ripening fruit first attract insects and birds (which are attracted by both the fruit and seeds as well as the insects dining on the fruit).

Diners Arrive as The Fruit Ripens

The fruit is also consumed by humans some of whom eat it raw and others consume it in the form of jams and syrups produced from the fruit.

The Tohono O'odham (formerly known as Papagos - a derogatory name given to them by their enemies prior to the arrival of the Europeans) have a long tradition of harvesting the fruit of the saguaro and using it to make jelly, candies and a ceremonial wine.

Flicker Woodpecker at Work on a Saguaro

Book Describing Creatures who Make their Homes in a Saguaro Cactus

In times past, the Saguro Cactus provided the Tohono O'odham with not only the fruit but also with other parts of the saguaro which were used to make tools and baskets as well as building materials and fuel.

White flowers appear on the saguaro in April and May and by July the fruits are ripe and ready for harvest which is a festive time for the Tohono O'odham as they gather for the harvest.

Part of the celebration includes the making and drinking of the ceremonial wine which is made by allowing the syrup, which is produced by boiling the fruit, to ferment.

According to Tohono O'odham tradition, the first saguaro originated when a young woman threw herself into the ground and later emerged as the saguaro cactus.

According to tradition the ceremonial drinking of the wine is what brings on the summer rains that water the desert.

Who knows, maybe drinking the ceremonial wine does bring the rain as the summer monsoon season generally starts watering the desert right after the Tohono O'odham's ceremonial drinking of the saguaro wine.

Regardless of whether or not the ceremonial drinking of the wine produced from the Saguaro fruit is responsible for bringing on the summer rains, the mighty Saguaro remains both an imposing figure in the desert and a source of food and shelter for many of the creatures, including humans, who live in the surrounding desert.

Skelaton of a Dead Saguaro 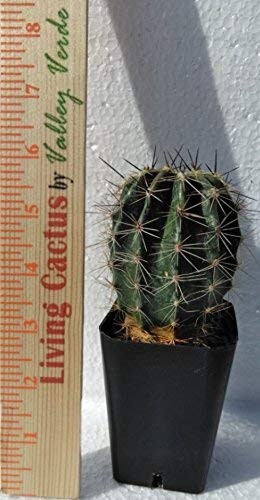