The Mayan Goddess Ixchel and the Island of Cozumel Mexico

Ixchel and the island of Cozumel...

Ixchel (pronounced Ish-Chel) is a well known Goddess of the Maya people. She is considered a woman's God and represents birth and medicine. She has been associated with the moon, particularly the waning moon as in an aging woman. Representations of lunar forces seem to be quite common among god cultures around the world. Women needed their gods too as men did.

Sometimes Ixchel is associated with the other rain gods. The Dresden Codex shows Ixchel with a jar of water that she is pouring out. Flowing water from a god can be interpreted as rain, as life, as birth (water breaking) and as a flood (disaster). Most interpret Ixchel's jar as holding water associated with birth and life.

The Yucatan peninsula of Mexico supported a large civilization of Maya. When Hernández de Córdoba, one of the Spanish Conquistadores, landed in the New World, one of the places he visited was the Island of Women or Isla Mujeres. This island had at one time been a favored place of Ixchel. At some point, the shrines and pilgrimages had shifted to Cozumel, a much larger island still within view of the mainland.

Many Mayan women took to canoes and headed to the island of Cozumel to pay homage to the goddess, A large Mayan ruin was found and carelessly bulldozed to pave the area for an airport during WWII. Another smaller, but still well preserved site called San Gervasio, was found more towards the interior of the island. There is an estimated 40 or so limestone buildings still standing that were originally constructed by the Maya around the time of the first century, C.E.

At the time of the conquistadors, about 40,000 inhabitants were present on the island of Cozumel. Most of them were wiped out from smallpox and syphilis brought by the Spaniards.

The Maya of Today

The Maya people of today are much like the American Indian tribes. They are re-learning their heritage and deities. Much of the population and culture of the Yucatan was wiped out by the Spaniards and later on, the Mexicans. The state of Quintana Roo has always been much in rebellion with Mexico and at one point wanted to annex with Texas and bypass Mexico entirely.

The Mayan Indian has always been mathematically advanced and well versed in astronomy and architecture. Even without the wheel, they made paved roads and great pyramids. They almost completely lost their written language, but thanks to a few dedicated historians and archeologists, they have regained the ability to read their glyphs again.

Unfortunately, the world will never recover the knowledge that was burned by the Spanish priests who worked so hard to convert the "savages" to Christianity. Their story is quite similar to other conquered people. Hopefully, someday, humans will become more understanding and tolerant of other cultures. Perhaps Ixchel will smile. 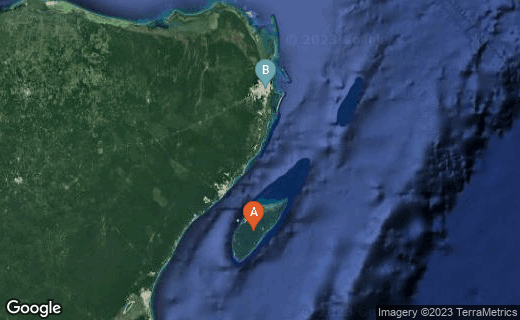 Cancun and the Island of Women - Isla Mujeres

Comments - Have you visited the islands of the Goddess Ixchel?