A friend spent the early years of his life in White Cloud, Michigan near that was once the largest desert area this side of the Mississippi. After the American Civil War, men in the lumber business settled in Michigan and by 1870 had established themselves as successful "lumber barons" in the timber trade.

All through the mitten section of the State of Michigan and around Lake Huron in the eastern part of the mitten, these lumbermen harvested the abundant white pine forests, sometimes too extensively. With their large incomes, they developed cities and resort areas and built the huge mansions that have been preserved in the Historic Districts of places like Bay City.

The local terrain changed after 1870 with the loss of the old growth forests around White Coud near Lake Michigan. During the centuries in which the Ottawa Nation lived and stewarded the land, the forests thrived and there was abundant hunting and fishing, along with trapping for the fir trade. The trees were home to a number of wildlife species as well. After 1870, part of the local terrain became a desert, because of tree loss that led to erosion as there were no longer large root systems to hold the soil in place. It became the Dust Bowl of Michigan.

With the natural growth of some native grasses, weeds, and flowering plants in the area, the land eventually became a prairie. Concentrated efforts to replant the forest in white pine have succeeded in totally reclaiming the land. At the same time, prickly pear cactus can still be seen growing near the Hilltop Shopping Center and the Hardy Dam in White Cloud. 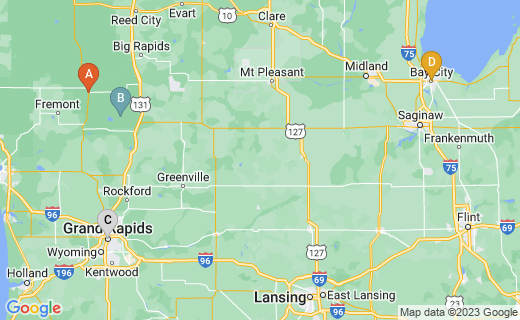 The desert has been completely recovered in the 20th and 21st Centuries, replanted with the white pine forests the lumber barons initially harvested.

White Cloud sits to the east of Lake Michigan in the Manistee National Forest and not far from Big Rapids, and Grand Rapids. Within the eastern part of White Cloud is an interesting historic area called Big Prairie. This township is centrally located to the area that was once desert country in Michigan. The township was founded before the Civil War in 1851, and Everett Cemetery a year later. Author Howard Douglass from this area records local history from hard copy resources of the pertinent years 1836 - date and organizes them for future generations to enjoy. Velma Matson has been another good local historian. They and others have researched records and interviewed dozens of people that lived through later stages of the Dust Bowl in their volunteerism with Newaygo County.

White Cloud is central to Newaygo County, north of the Muskegon Rivers Forks. Land was purchased by the US from the local Native Americans and in 1839, was placed for sale. The lumbermen began felling trees immediately and stripped the hills around the rivers and inland a few miles by around 1850. Big Prairie, several hundred acres of coarse buffalo grass-land without trees, was discovered at this time just south of what would become White Cloud. The lumbermen and their crews developed a farming and orchard community here, complete with a racetrack. The historic Everett Cemetery arose from the need to bury the dead after the first winter hardships, accidents, and such.

After a few years of growing crops in shallow soils each spring and summer without replenishing nutrients, the farmers found the soil dried out and carried away on the wind for many miles from Big Prairie. Dust storms ruined hanging laundry and crops would no longer grow. The men joined the work on the timber lines other seasons of the year, without time to tend to the soil. From 1850 to 1870, the land was changed to desert country, with several years following of blowing sands and even sand dunes accumulating. 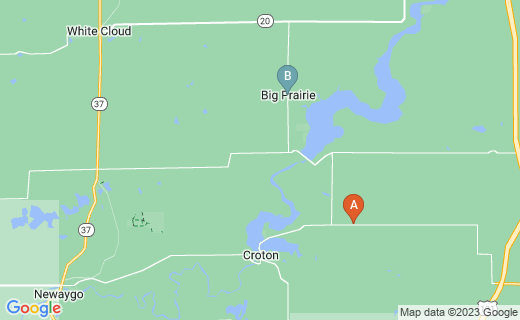 The fertile soils in SE Newaygo County in 1850 were as shallow as 6 inches in some places and never deeper than 18 inches, all over a subsoil of sand. A rough square of land 10 miles on each side became the Big Prairie Desert.

Redevelopment of the Desert

The Cemetery Society was founded in 1870 to improve the condition of the windblown Everett Cemetery, where my friend's parents are buried. Amassing funds slowly, this ladies' group transformed the historic place into today's Big Prairie-Everett Cemetery.

Additional land, trees, and other elements were added and the Works Progress Administration (WPA) got involved during Franklin Roosevelt's Presidential Years. The cemetery wold include a water well and windmill, restrooms, a church on site and many other improvements. It is a well known tourist attraction today. 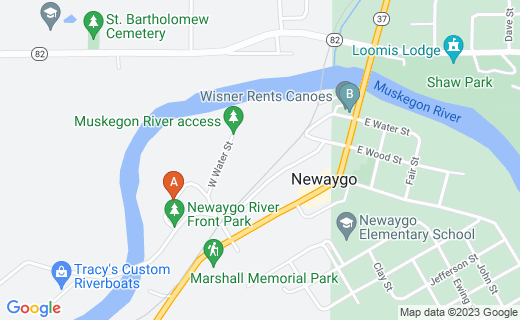 If you have never seen a lumber baron's giant mansion, then view this DVD. Lumber magnates built a different breed of home and city. One 31,000-square-foot home was never even used.

The author Donald MacKay ("The Lumberjacks") uses research and case history interview to their best effect. History not heard in classrooms.

"It's marvelous material of a type often ignored by historians." 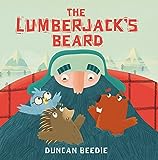