Gunkanjima (軍艦島), or its actual name of Hashima (端島), is a 16-acre island approximately 15 kilometers from Nagasaki. In 1887, a coal mining operation was established on it, and very quickly, the entire island was surrounded by a sea wall, with concrete buildings constructed on most parts of it. These, and the torpedo-like shape of the island, eventually gave rise to the popular nickname. Gun-kan in Japanese means battleship or military ship.

My Visit to This Strange Island

I visited Gunkanjima on April 1, 2015, having learned of the island from the James Bond movie, Skyfall. (It was used as the lair for the villain Raoul Silva). The only way to tour the island was by group tour. This I managed to easily arrange over the Internet.

Regrettably, though, the weather was not at all cooperative during the tour. There was a constant drizzle in Nagasaki that day, and right after our ferry left Nagasaki Port, our vessel was engulfed by a dense fog.

To share, I was quite fretful throughout the boat ride, worried about safety and how the afternoon would turn out. Was the whole trip going to be wasted? Would we be denied entry to the island?

Would I get the sort of pictures I wanted?

By the way, it was quite chilly on the vessel too. The ride out to Gunkanjima, in short, wasn't pleasant at all.

Well, it was as I expected. I ended up not getting the sort of travel guidebook shots I hoped for.

On the other hand, it would be unfair to say the entire trip was wasted. In hindsight, that foul weather could even be considered a sort of boon.

As in, Gunkanjima literally popped out from the sea mist our ferry neared it. As everybody squealed and scrambled for their phones and cameras, more details of the ruins became visible, and soon the spooky ghostliness was heavy over us.

From certain angles, Battleship Island even resembled an otherworldly ship obliviously gliding towards our ferry. Was it sinister? Indifferent? We had no idea. Too many of us were frantically snapping pictures. We wanted as much of it captured in memory as possible.

Curiously, the weather significantly improved right after we stepped foot onto Gunkanjima. This naturally heightened everybody's enthusiasm and soon the whole tour group was eagerly following the guide as he narrated the history of the island.

Midway through the narrations, I also started straying from the group to snap more pictures, with that eventually all that I was doing. The whole island just felt to be such a perfect dystopian backdrop for games, movies, novels, etc. As a lifelong gamer and mover addict, I just couldn’t get enough of it.

Excuse Me, I don't speak Japanese

The entirety of our Gunkanjima tour was conducted in Japanese. However, audio sets with English narrations were given out to foreign visitors before leaving port. Regretfully, though, my set was frequently cut off during the ferry ride and at parts of the island. My suggestion, therefore, is to read up before you visit. Besides, you really don't want to just stand around listening to a headset, while on this strange island.

One important thing to note before visiting Gunkanjima is that visitors are permitted access to very few areas of the island.

Our tour covered a route that ran no more than a fifth of the island’s perimeter. There was also no way to view the main ruins up close or to step into any of the apartment blocks that were featured in Skyfall.

Using a telescopic lens, though, I was still able to capture a few reasonable shots from far. Disappointing as this is, I accepted that the restrictions were for the sake of safety. The island, after all, had been abandoned for decades. Many of the industrial era ruins are in danger of collapse.

Several Nagasaki travel agencies provide tours to Gunkanjima. You can easily find them online by searching for "Gunkanjima tours" or "Battleship Island tours."

Different tour companies depart from different piers too, with some ferries stopping at other islands before reaching Gunkanjima. Typically, a tour would also last at least 3 hours.

As highlighted earlier, the tours are in Japanese but audio sets providing commentaries in other languages are provided. Most tour staff would also speak a minimum level of English.

In the Event of Bad Weather

According to posts on Tripadvisor, some groups were not allowed to embark onto Gunkanjima during rainy weather. When the rain or wind is that bad, the trip might even be suspended.

In other words, do be prepared for such unfortunate outcomes if you're visiting during Japan’s rainy months. Don't be too disappointed too. Remember, it's always safety first during traveling. Especially if you’re visiting Japan alone.

The Darker Side of Gunkanjima

I'm obliged to highlight the darker history of Gunkanjima. This, not just how miners used to work in dangerous conditions or how several died, but also the fact that Korean and Chinese laborers were imprisoned on the island before and during World War II.

South Korea thus put up a furious opposition when Japan applied for Gunkanjima to be listed as a UNESCO World Heritage Site in 2009, with the Koreans ultimately retracting their complaint after a last-minute compromise. The controversy, however, was far from over, and in August 2017, South Korea released an eponymously named movie detailing the lives of Korean prisoners on Battleship Island.

Should you wish to know more about this debate before visiting the island, do read this write-up on Wikipedia. 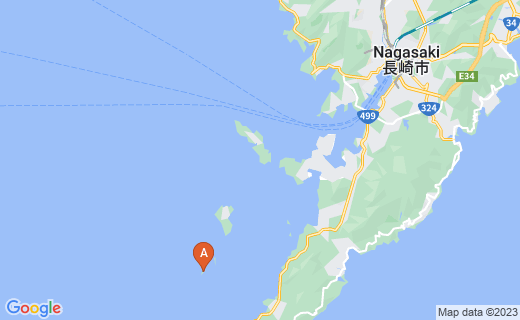 For anime lovers, Gunkanjima was used as the backdrop in the live action versions of Attack on Titan